“The city which woos and wins a great exposition gets considerably more than it bargained for,” wrote Mary B. Hartt in October, 1901. In the wake of Buffalo’s Pan-Am she saw “rampant commercialism on the one hand, and an awakened civic consciousness on the other.”

Mary Bronson Hartt spent the first half of the 20th century as a trailblazing freelance magazine writer and editor of a handful of women’s magazines and scholarly journals, but her first widely disseminated work were reflections of Buffalo during the time of the Pan-American Exposition.

The 1890 graduate of The Buffalo Seminary captured the flavor of the Pan-Am and the thoughts of Buffalo’s old guard crowd about the event with her detailed and colorful prose. Not only did she graduate from Buffalo Sem, her mother, Mrs. Lucy Lynde Hartt, was principal of the school for 13 years.

They moved to Cambridge, Massachusetts in 1903, but while still living on Park Street in Buffalo, Hartt wrote for several national magazines and Buffalo newspapers about life during the Pan-Am. For the Buffalo Express, she wrote about how to eat well but inexpensively near the Pan-American grounds.

For the Buffalo Courier, she looked at some of the less desirable changes in the city during the exposition, and examined whether or not they might become permanent. She imagined Buffalonians of a previous generation rolling over in the graves as cheap souvenir stands “disgraced with cheap tawdriness and tinsel futilities.” 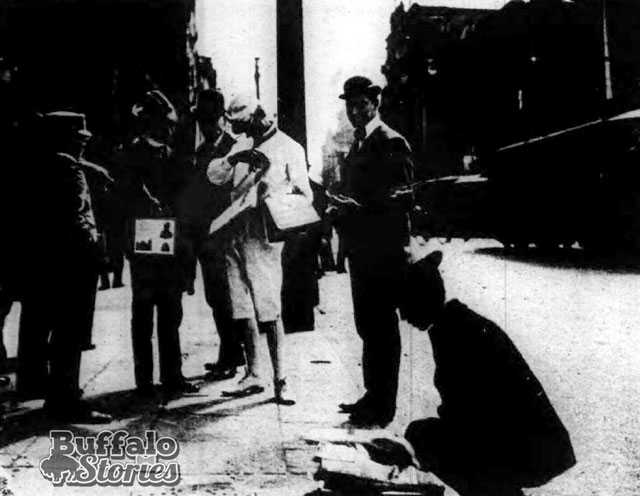 Neither did she favor the billboards and signs plastered and erected seemingly everywhere, which she called “an epidemic of shameless, flaming signboards, big, and bold, and bad.” 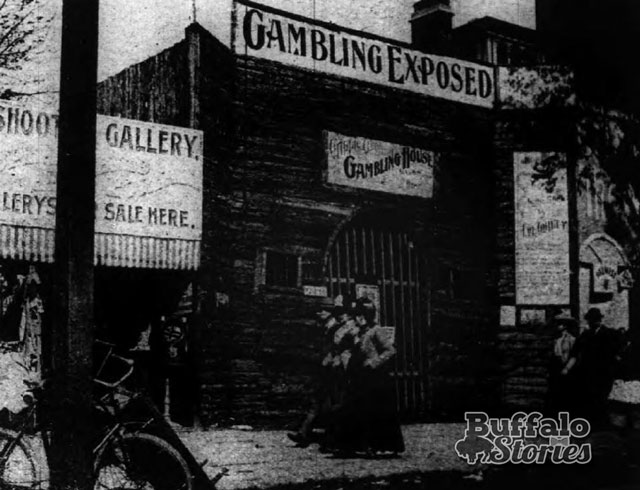 One lasting effect, wrote Hartt, seemed to be the cheapening of Buffalo.

“A little city of quick-lunch kiosks sprang up… soft drink wagons and fruit stands, and shabby booths for the sale of beer and sandwiches and the irrepressible souvenir, filled the whole countryside, obliterating the view of the Exposition. Temporary hotels and perhaps even outside restaurants were a necessary evil. But Bohemian beer gardens were not. The city groaned in spirit as two mighty pavilions of the latter class were run up within a thousand feet of the main gate of the fair. Despite the attraction of beer served among mummied palms, one of these places failed to draw, and it has been whitewashed and relabeled with a more attractive name. The other, orchid-like, lives on air.” 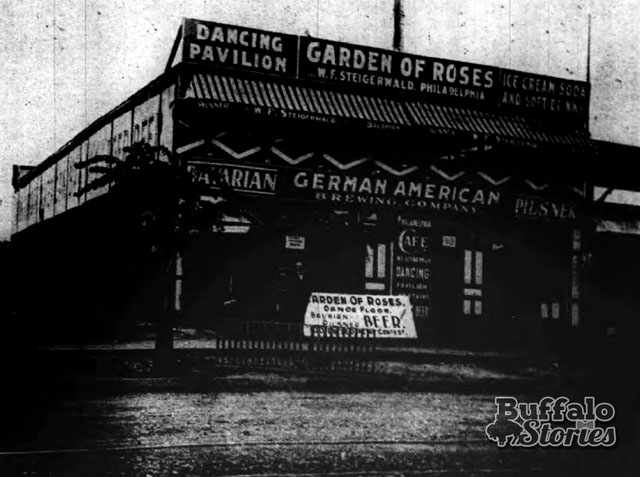 Hartt writes almost mocking the expectations that Buffalo could remain the way it was before the Pan-Am started. “These are the mortifications of the Buffalonians. They are only a part of the trying by-products of the Pan-American. Expositions come high. If you want one you must not only subscribe for stock and buy unlimited tickets for yourself and your family, but you must pay an extortionate rent for your house, an extortionate price for your bread and butter.” 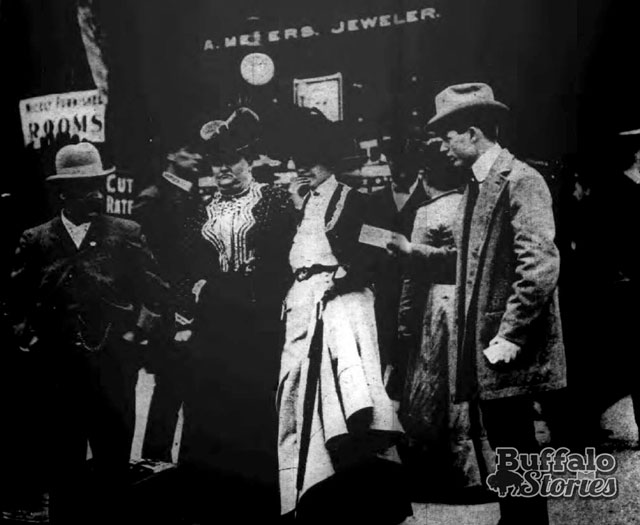 Streets teeming with visitors. Hartt saw it as good and bad.

“It hurts their feelings, too, to have the city trolleys filled with outlandish foreign folk, and to have the lips of the best as well as the worst of Buffalonians tainted with select Midway slang. It’s “Have a look!” and “You’ll have to hurry!” from newsboy and golfer alike.

But not everything the exposition brought was bad. “It must not be supposed that the

Exposition by-products are all unfavorable to Buffalo. Her trolley cars run in trains of four. Real crowds surge through her streets. The theatres put on plays to run throughout the summer, instead of for, at most, a single week.”

Buffalo is just about to find herself. Hitherto she has had no adequate idea of what she could do if she tried. The summer has been a complete revelation. Better still, the rich, full life of the past six months, the abundance of music and superb sculpture and splendid architecture and painting; the rush and vigor of a thoroughly thriving town, are going to leave behind them a divine discontent with the old order of things. And that means civic regeneration.”

Mary Bronson Hartt was a staff writer at the Boston Transcript and Chicago Tribune, and then the editor of Museum News. She died in New York City in 1946. Her obituary appeared in The New York Times.