Babe Ruth’s infamous girth was 21 pounds lighter as he met with fans and reporters at the Hotel Lafayette downtown before heading to Offermann Stadium for an exhibition game against the Bisons in September 1938. 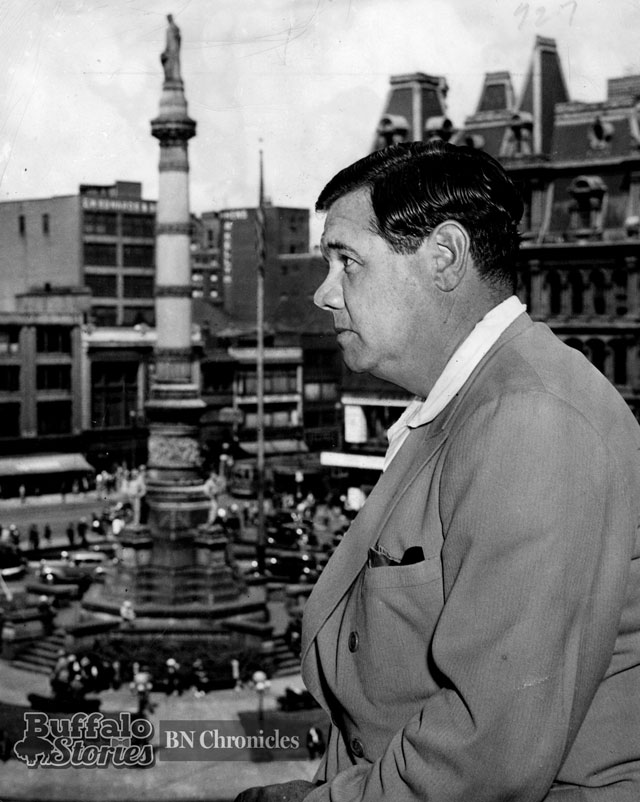 The King of Swat joined the Brooklyn Dodgers as a coach earlier that year, and told assembled reporters that any hopes of a comeback seemed unlikely — despite his request to be placed on the active roster as a pinch batter when rosters expand to 40 for the month of September. 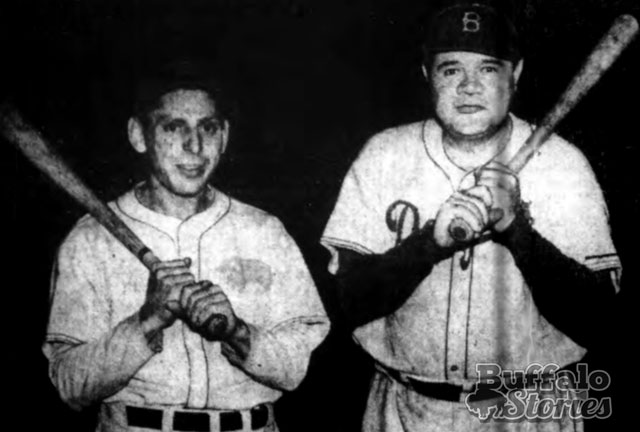 Ruth wasn’t in the lineup for big league games, but when the Dodgers played in exhibition, he was the star. He played the first five innings, and wound up 0 for 3 at the plate — although he cranked seven homerun bombs during a batting practice show.

A game story in the Courier-Express mentions that “Young Salvatore Maglie, rookie hurler of Niagara Falls,” closed out the game in excellent form for the Bisons. History was just missed —Bisons Hall of Famer Maglie didn’t face Ruth. “Sal the Barber” picked up the ball for the Herd after Babe Ruth left the game.

Back to the photo of Ruth in the Hotel Lafayette: The Soldiers and Sailors monument is still familiar and fully visible in the background. The other building behind Ruth is the German Insurance Building. 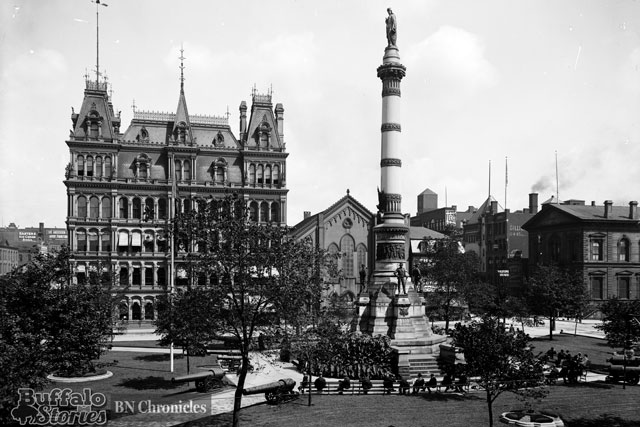 The photo of Ruth was taken from the Hotel Layette, a block to the right of where this photo was taken.

The six-story cast iron building was one of Buffalo’s unique and eye-catching architectural landmarks until it was torn down in 1957, to make way for the Tishman Building. The longtime headquarters of National Fuel, the building is now the home of the Hilton Garden Inn.