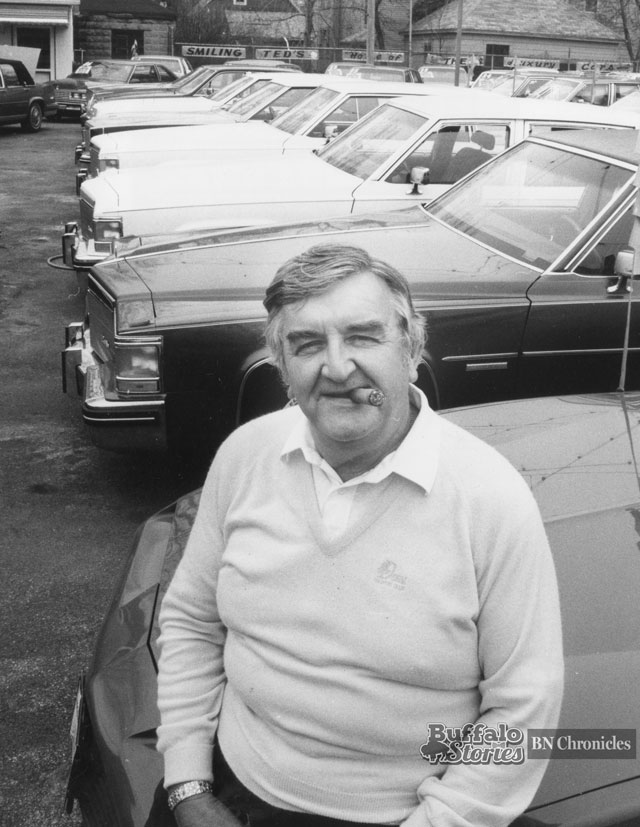 He was the king of the stretch of Bailey Avenue that was known for decades as a sort of shopping mall for used cars.

Cigar-chomping, gold-jewelry-wearing Sawicki embraced the happy-yet-no-nonsense persona he created, but not the shady, high-pressure, corner cutting notion of what some thought every used car dealer was.

Sawicki, the youngest of 12, grew up in Lackawanna, and he opened the dealership near Bailey and Walden when he was 28. Over the next 35 years, he became a fixture in the community. Twice he helped police collar thieves trying to sell stolen cars.

He also remembered growing up wearing hand-me-downs and putting cardboard in his shoes. It made it easy for him to help the community’s neediest. 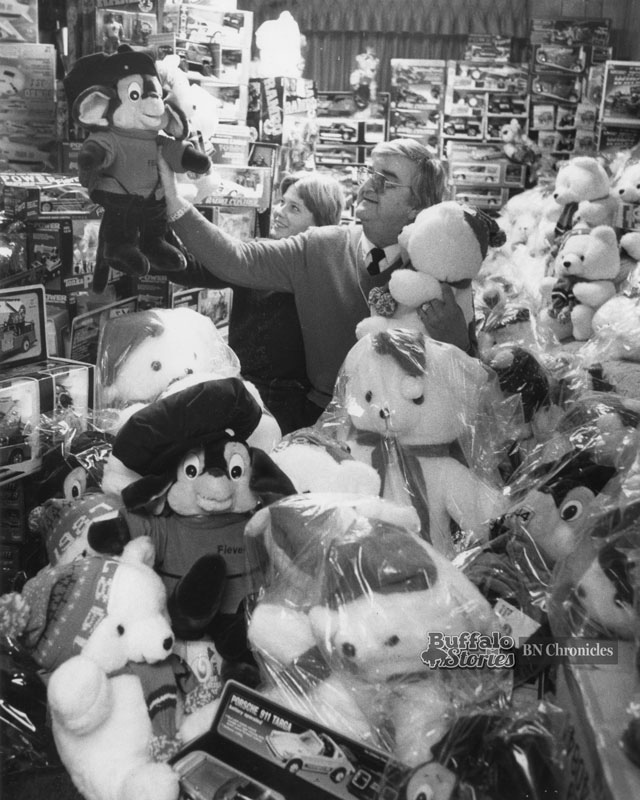 Smiling Ted’s story is a prequel to the Russell Salvatore story: Both were self-made businessmen from humble beginnings, and both believed in giving back to the community that built them up.

In 1987, Sawicki (pictured above with his grandson Ted Jr.) spent around $45,000 buying Christmas gifts for 1,500 of Buffalo’s poorest kids. The same year, he bought dinner for 800 at the City Mission, “including real butter and sugar on the table” for Christmas.

“One of those who came, and happily for Smiling Ted, has gone, was the late Dan ‘Shame on you’ Creed,” wrote Hill in 1987. “(The) Canadian who affected a southern accent moved to Buffalo in the mid-1960s, and huckstered jalopies with the not-so-subtle flair of a snake oil salesman who left town in a hurry after someone beat him with a baseball bat, leaving many people feeling like they didn’t like the taste of his snake oil.”

“It was the Dan Creeds of the world that made my life difficult,” Smiling Ted told Ray Hill.

But Smiling Ted was definitely one of Buffalo’s all-time great characters. 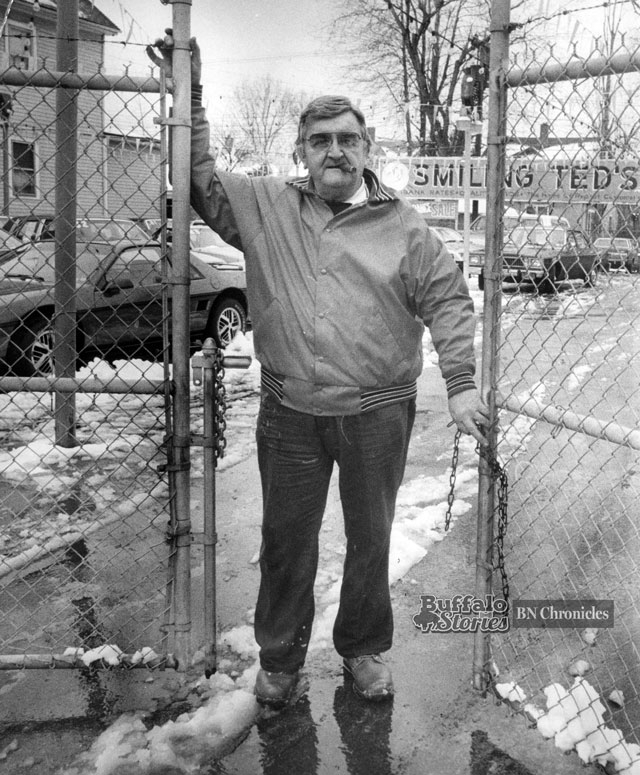 “I’m miserable, but I have a heart of gold,” he told The News’ Jane Kwiatkowski in 1988. “People are jealous of me, but I work hard. I’m here in the wintertime. My wife and daughter and I are outside shoveling the snow and wiping the cars off.”

But why “Smiling” Ted?

“’Cause I always smile,” Sawicki told Kwiatkowski. “I see the color of money, and I got to smile.”