BUFFALO, NY – It was the benchmark storm by which we measure all storms in Western New York. In killing 29 of our Western New York neighbors and cutting us off from the world (and heat, and food) for a week, this storm also gave Buffalo a greater dose of respect for the power and cruelty of what winter can bring; it’s a lesson that has become a part of our DNA. While we scoff at snow and predictions of snow, deep down, we know what’s possible.

We haven’t had an event like the Blizzard of ’77 since, and we are nearly certain to never repeat it. 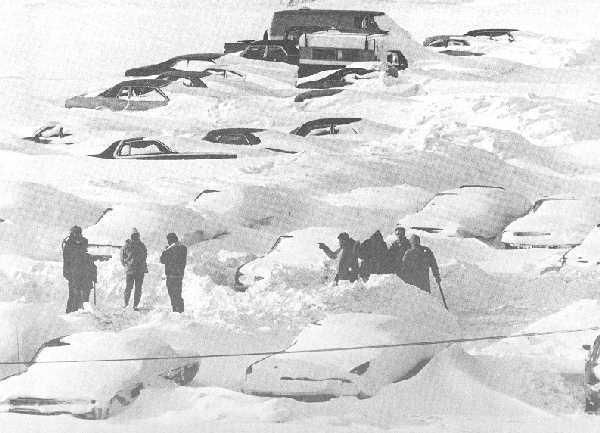 While we’ve been hit with weather that had elements of that watershed snow storm– a blizzard in 1985, 7 feet of snow in 2000, The October Surprise storm– we as a people and a society learned from that first one and each successive one. Our civil authorities, police, fire, road crews, public weather forecasters, commercial forecasters– everyone is ready to make sure that we remain safe during potentially deadly winter weather events. 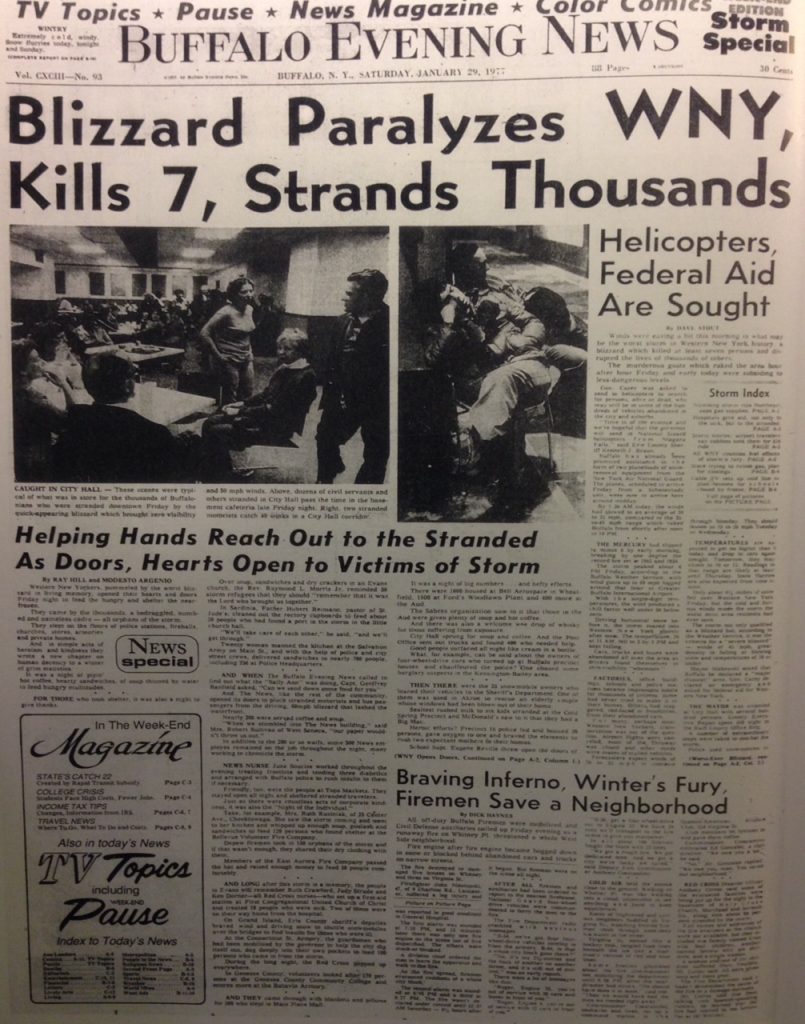 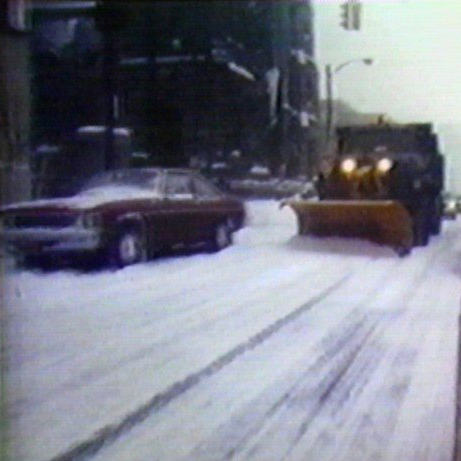 This page is being published as the snow is beginning to fall during “Winter Storm Vulcan,” which has prompted the National Weather Service to issue a Blizzard Warning for Western New York. We don’t use the “b-word” lightly here. While it’s the second blizzard warning of this unusually snowy and extremely cold winter of 2013-14, this winter marks the first blizzard warnings in 20 years. 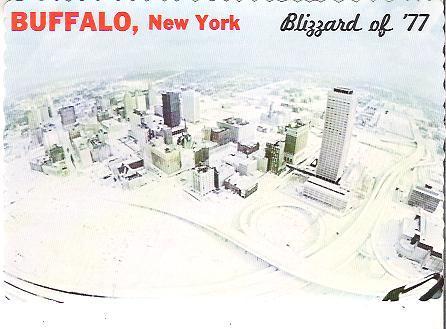 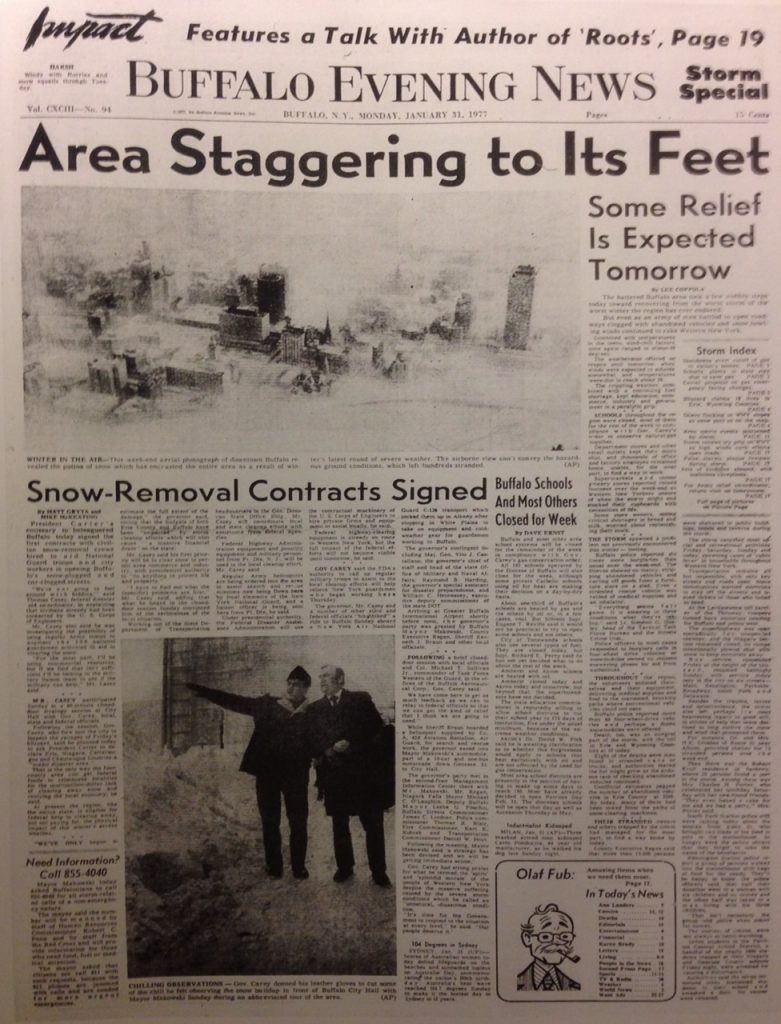 From the Audio Vault…

For this tremendous collection we are indebted to longtime radio enthusiast Tom Taber, who spent the night of January 29, 1977, tuning around the radio dial at his home in Albion, NY. Much of the audio is scratchy and fades in and out, but I think that helps paint a better picture of sitting in your bedrooom, playing with the radio while watching the snow pile up outside the window.