In 1971, Big E Savings Bank offered members of its “Money Managers Club” a bundle of coupons to some of Western New York’s great summertime locations.

“The Big E,” once Erie County Savings Bank, became expanded and became Empire of America in the 1980s. The Buffalo-based bank was one of dozens around the country which was liquidated amid the Savings & Loan (S&L) scandal. 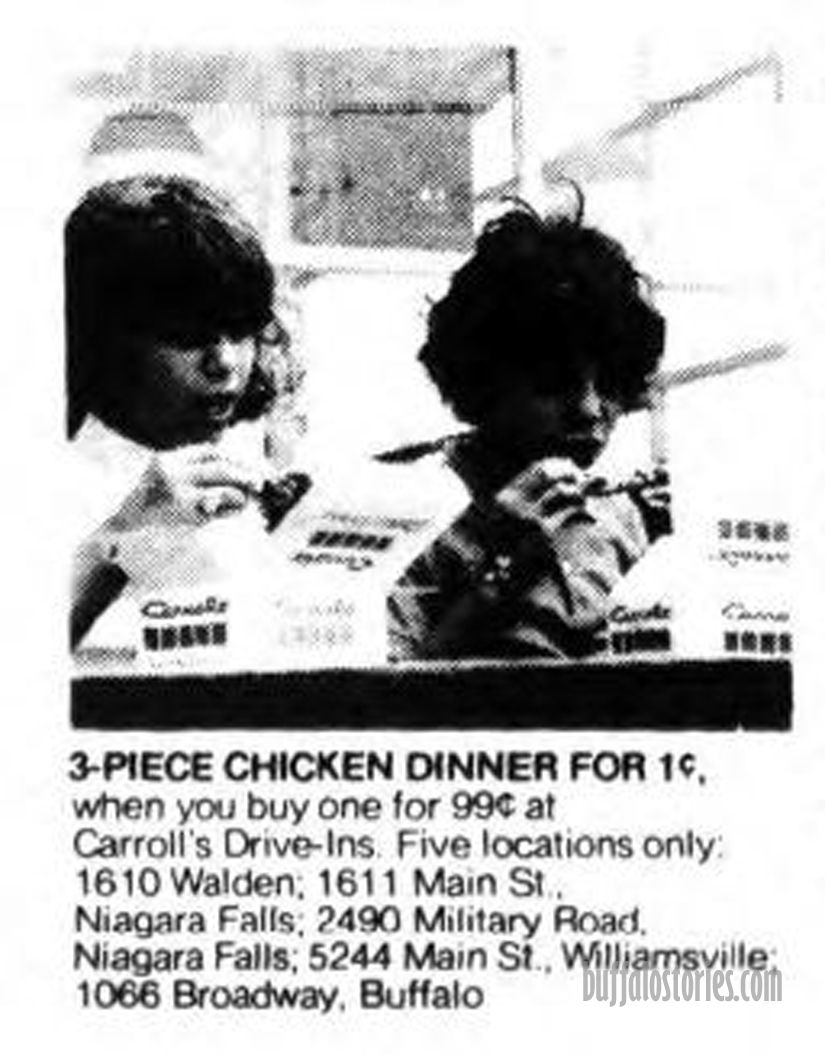 Carroll’s Drive-Ins are no longer serving hamburgers to Western New Yorkers, but the Syracuse-based company is now the world’s largest Burger King franchisee. 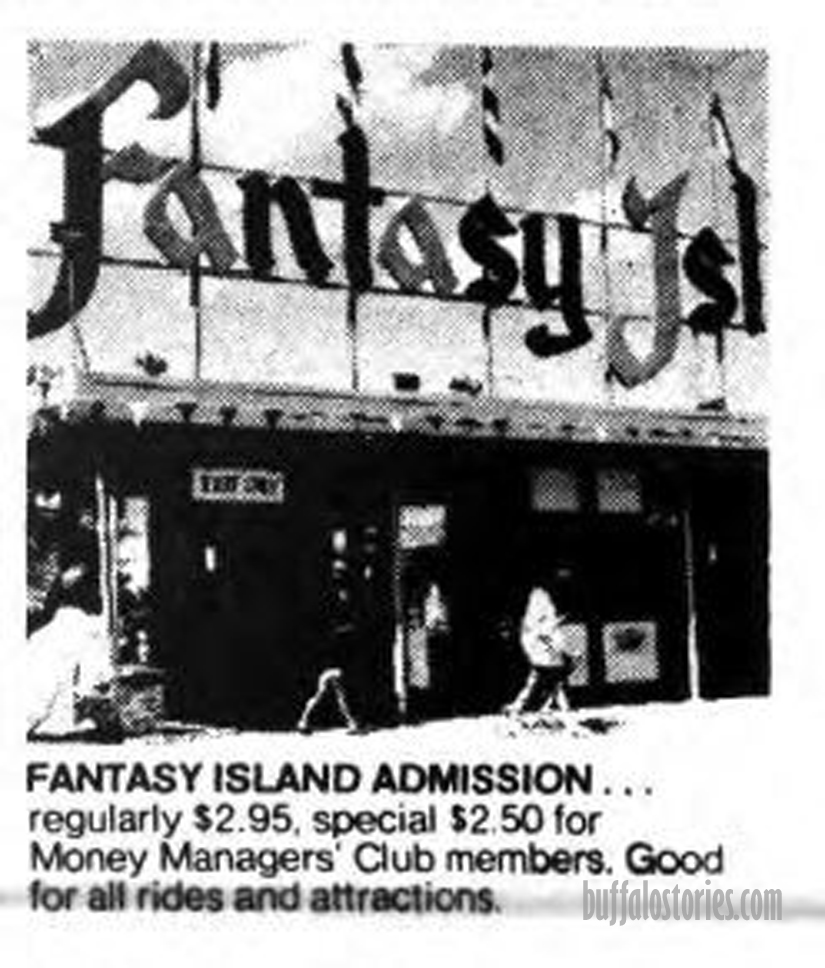 Fun? Wow! Now known as Martin’s Fantasy Island, the Grand Island amusement park still welcomes thrill seekers every summer, although the once iconic main gate pictured above is no longer as majestic. 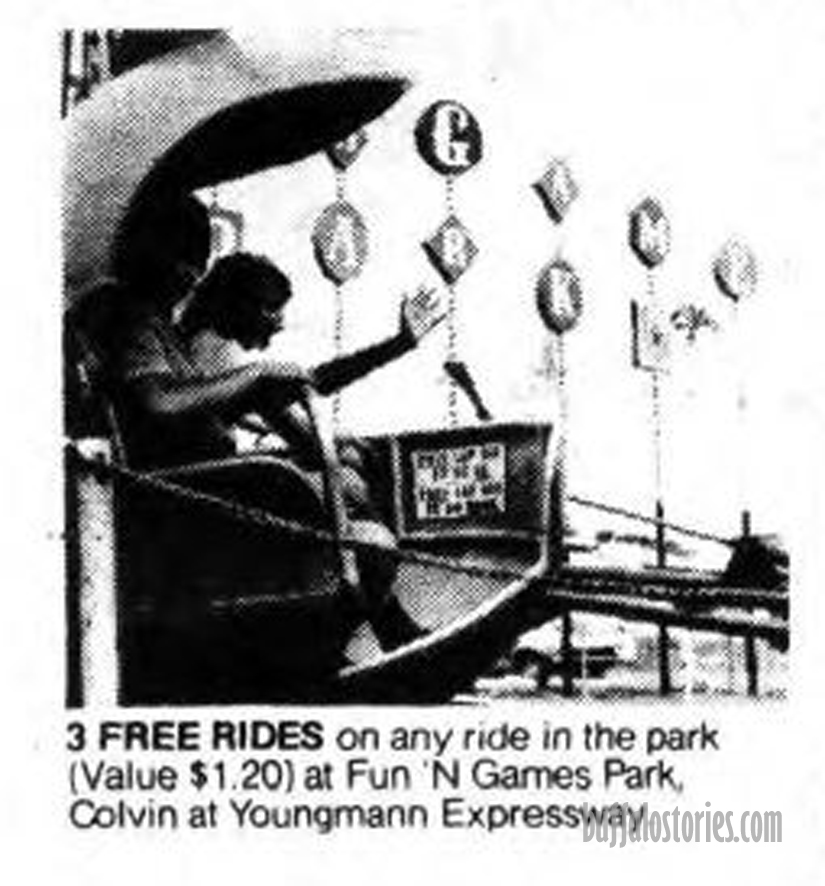 Fun ‘N Games Park in Tonawanda just off the 290 was a smaller amusement park in the area generally occupied by Gander Mountain. As much as the rides, kids loved driving by–if not through– the whale car wash next door. 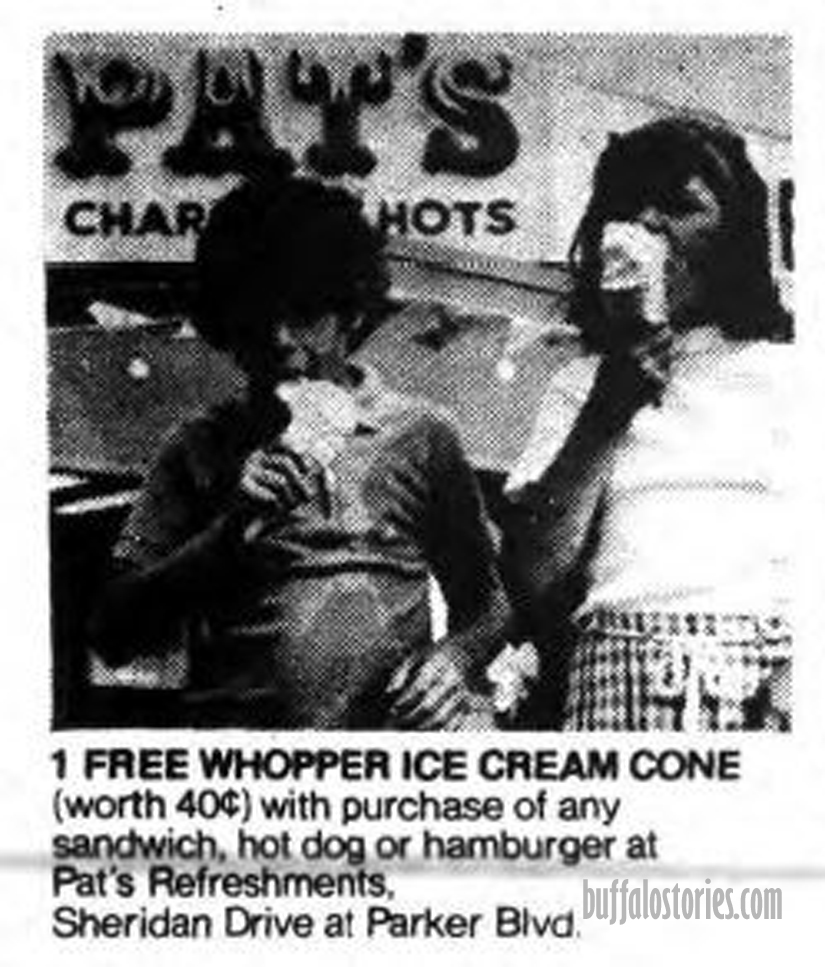 In the 1970s, a person wanting a hot dog on Sheridan Drive had a footlong’s worth of options. Ted’s first store away from the Peace Bridge was opened on Sheridan in the 1940s when the road was still mainly rural. Pat’s Charcoal Hots (and Whopper Ice Cream) was a big hang out for a couple generations’ worth of Tonawanda kids, although some switched allegiances and switched over to Scime’s across the street when Pat’s was sold.  Long gone now, Pat’s was located where Walgreens now stands at Sheridan and Parker.