His only crime was being a member of the Communist Party. 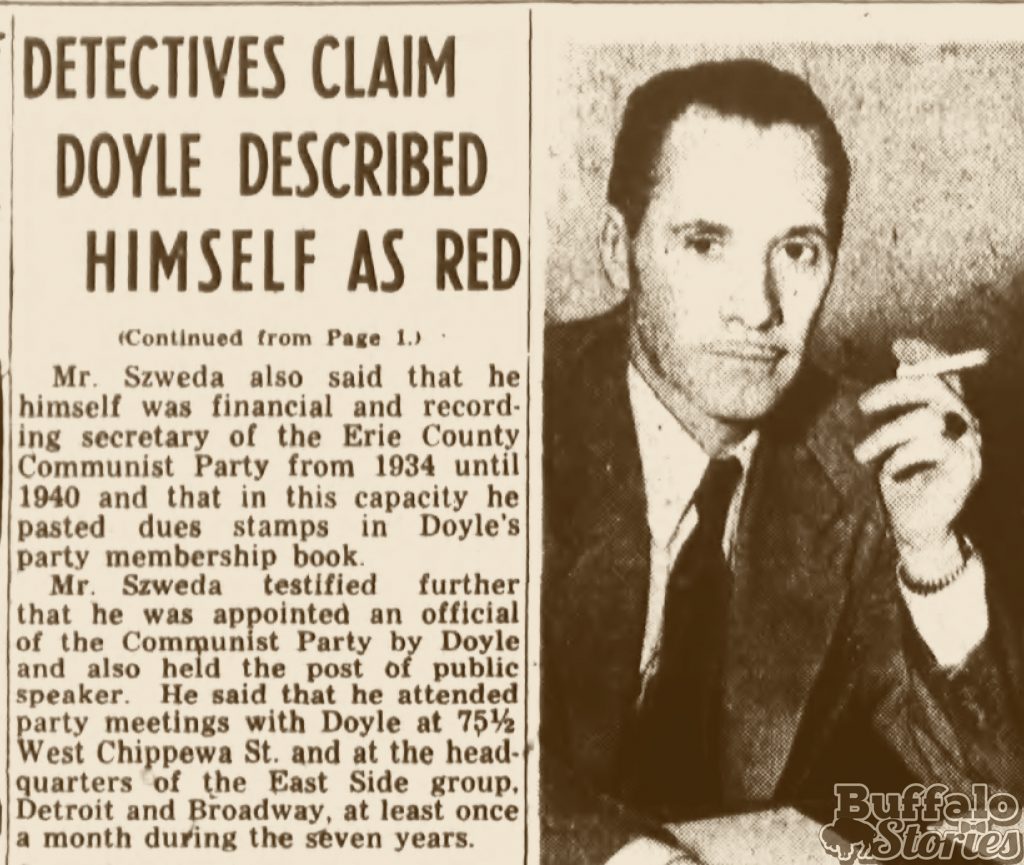 Charlie Doyle’s story is one that I learned not from McCarthy-era newspaper articles, but from sitting in kitchens and on front porches on Seneca Street in South Buffalo.

You’d expect that kind of talk from his family — from my family. Charlie Doyle was my grandmother’s uncle. Aunt Agnes’ brother.

I grew up in the ’80s, not the ’50s, but Communists still weren’t good.  They were the bad guys, but there was still Doyle, the Communist who caused people to smile when they talked about him.

I didn’t realize until later that the story of Doyle was a bigger deal than just family lore. Though he continually denied it publicly for his safety and the safety of his family, he was a member of the Communist party. He was also a talented labor organizer and helped workers force safer working conditions and better pay at places such as Bethlehem Steel, Republic Steel and Carborundum.

Despite having been a legal U.S. resident for 25 years with an American wife and family, because he was born in Scotland, he wasn’t allowed to re-enter the U.S. after a trip to Canada in 1949.

He spent the next several years in and out of prison based on illegal entry charges before– at the height of the McCarthy era– he was deported in 1953.

Being deported from the US wasn’t the end of Charles Doyle’s trouble.

In London, Doyle picked up where he left off in Western New York– leading  labor organization efforts at a nearby power plant.

The resulting nationwide labor slowdowns caused massive power outages, including at London’s famously lit Piccadilly Circus. Those outages came during one of the coldest snaps of weather on record in London, and nearly two dozen people died from the cold. Doyle was tried in their deaths but exonerated.

In 1963, London’s Daily Mirror tabloid front page was filled with his photo and the bold-faced underlined words, “The most hated man in Britain.”

And it wasn’t just America that didn’t want him. Despite having being deported from the US to his native UK, the House of Lords discussed trying to send him back.

Buffalo’s most famous Communist– labor leader and playwright Manny Fried– wrote about Doyle in a piece which was rejected for publication by The Buffalo News called “Democratic Leaders Are at a Fork in the Road.”

When (John L.) Lewis broke with the American Federation of Labor and sponsored the Congress of Industrial Organizations to organize production workers, he said that he hired the communists to organize the workers because communists were the best organizers, idealists sacrificing everything to get workers organized — and when they got the workers organized, he fired them.

Charlie Doyle, the leading open Communist Party activist in Western New York, was hired by Lewis to work for the Steel Workers Organizing Committee. Charlie played a major role in organizing workers into the union at the Lackawanna Bethlehem Steel plant. Then Lewis fired Charlie, and others were credited with
what Charlie had done.

Carborundum workers went out on strike in connection with contract negotiations and leaders of the union in Washington held a meeting about the strike across the river in Fort Erie, Canada. U.S. Customs and Immigration wouldn’t let Charlie back across the bridge into U.S. But Canadian authorities looked the other way while Charlie crossed the river back into U.S. in a boat.

FBI and U.S. Immigration then picked up Charlie for deportation on grounds that years earlier when he came here from Scotland he was a communist. Charlie had his first papers to become a citizen, but hadn’t been granted his second papers to complete the process. Jailed for deportation, Charlie staged a hunger strike, but
finally agreed to be deported to England in return for U.S. government authorities persuading his Catholic wife to agree to end their marriage so he could marry the woman he loved.

–Democratic Leaders Are at a Fork in the Road, Emanuel Fried 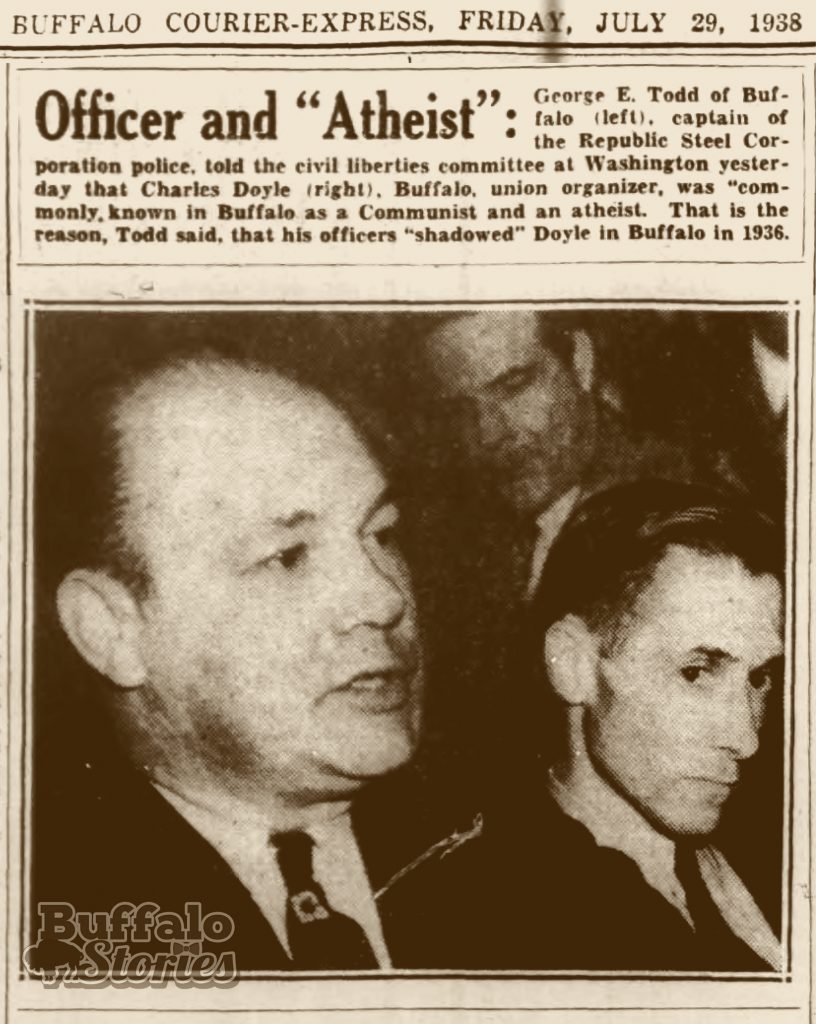 Doyle died in London in 1983. His obituary appeared in the Chicago Tribune.