About ten years ago on a cruise, we had this guy in the next cabin who seemed to spend just about the entire vacation on his balcony smoking and pontificating non-stop gibberish.

The only break in his yammering came to take a puff or to allow his wife to say, “mmmmmmHMMM,” which is all I ever heard her say.

Something would make a subject come into his mind, and just as quickly, his mind would manufacture facts and stories about that subject as if he’d been studying the situation at Harvard for decades (when clearly he, um, hadn’t.)

Monica and I still laugh about one of the most ridiculous minute’s worth of utter nonsense since humans began speaking 100,000 years ago.

“It’s amazing the stuff that people drop over the sides of these cruise ships,” he said, taking a drag, his wife distractedly vocalizing her agreement.

“At the bottom of the ocean– it’s just covered with cameras and stuff that people dropped over the railing.

“Whales and sharks can’t help but eat them.

“If you had one of these whales, and you cut open his belly, you’d see hundreds of cameras in there.”

“All from people dropping them off of cruise ships.”

Now this today in The freaking New York Times. Maybe the guy was right. 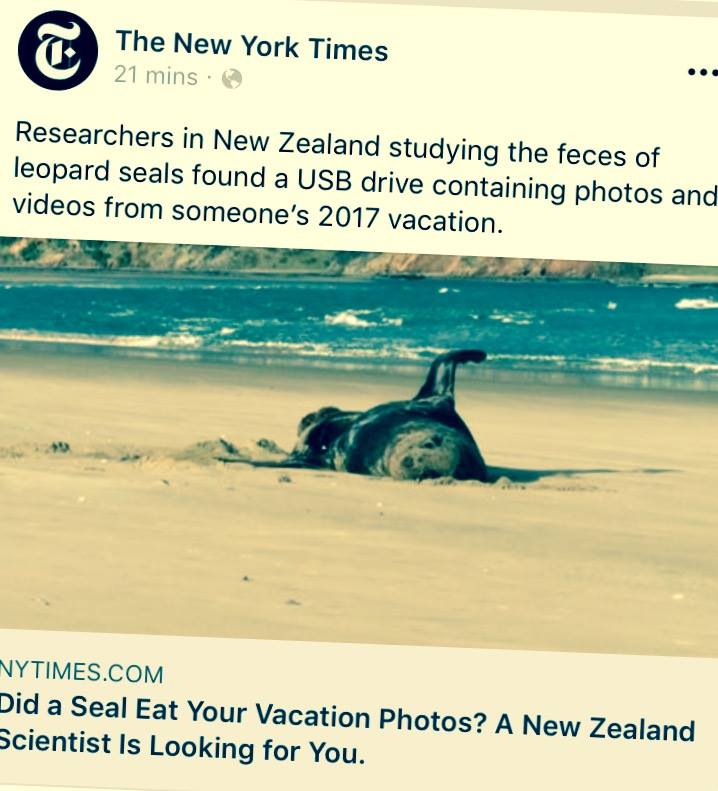