Up first are two selections from the John Otto collection. These recordings were found in Otto’s personal files. The first is a series of Christmas stories told by listeners during the Christmas season in 1986.

The stories are great, and of course, listening to John listen to the stories is great as well.

These all come from Otto’s short-lived Nightcall program on WWKB radio. He returned to WGR the following year.

The second Otto selection is a WGR Production from 1963. This radio play has John Otto as “Live in Bethlehem,” and covers the birth of Christ as if it were being covered by modern journalistic means. Featured are many voices of WGR in the early 60s.

John Otto’s Love Rubs Off: The best ever never lost his fire and passion

Another selection is a listener submission, audio as aired on WBEN-TV on December 24, 1955, featuring the Sylvania Choraliers.

My grandfather, Edmund Koval, graduated Penn State as an Electrical Engineer, did a stint in the Navy at the end of WWII. My grandparents moved to The Town of Tonawanda from Franklinville in 1955 when they built their new house in the suburbs.

He got a job as an electrical engineer at Sylvania. The chorus rehearsed at the Wood & Brooks Building on Kenmore Ave near Ontario-had the big ivory tusks on it. (See that Riverside landmark here.) He was always very proud of this recording, and he’d play it for me as a child near the holiday season. 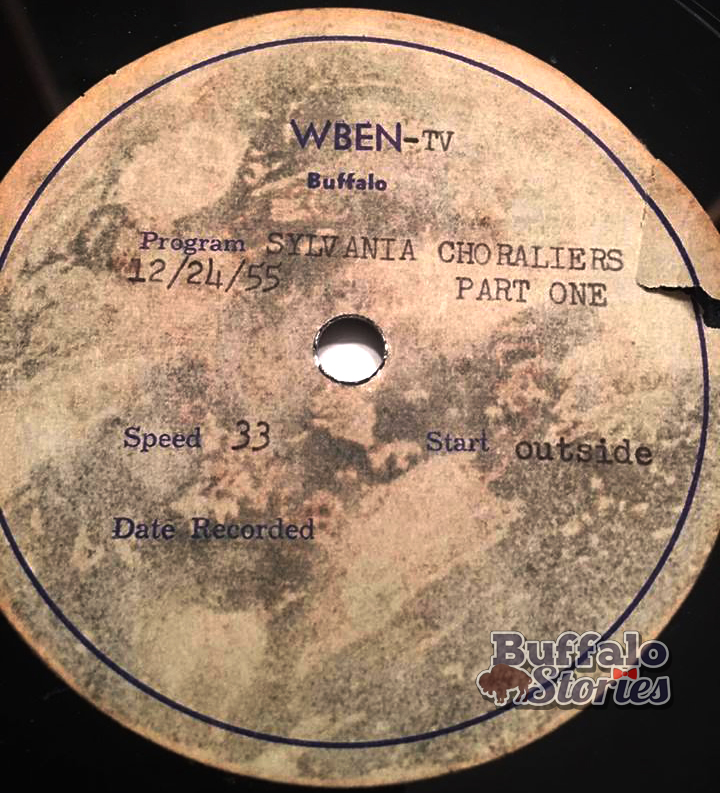 Here are a few selected highlights from the audio only recording from Channel 4:

Other sights and sounds of Buffalo Christmases past from Buffalo Stories:

From the Archives: Sounds of St. John Kanty in 1967

Buffalo in the ’80s: Holiday shopping at Hills

Buffalo in the ’80s: Electronic games from Hengerer’s, Brand Names

What It Looked Like Wednesday: The yuletide beautification of Buffalo in the ’30s

What It Looked Like Wednesday: Christmastime at Sattler’s, 998 Broadway

Buffalo in the ’80s: (Ugly) Christmas sweaters at AM&A’s

Buffalo’s Christmases Past: A look back

Remembering WBEN-TV’s Visit With Santa (And Forgetful the Elf)