Last week, the state Department of Transportation announced the fast-track downgrade of the Scajaquada Expressway  to “Scajaquada Boulevard.” When this undated photo was taken – probably in the 1950s – there was barely a “Scajaquada Path.” 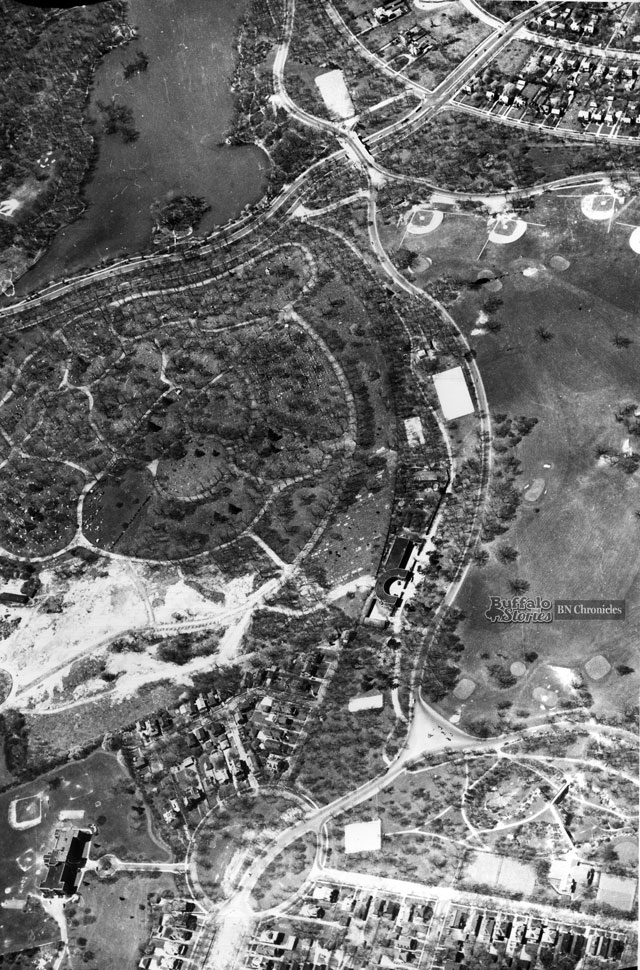 Still familiar landmarks include what was then Mount St. Joseph Teachers College, now the main building of Medaille College, at the bottom left. To the right, Agassiz Circle remains in name only—this is now the 198/Parkside intersection. The park parking lot is also very similar today. 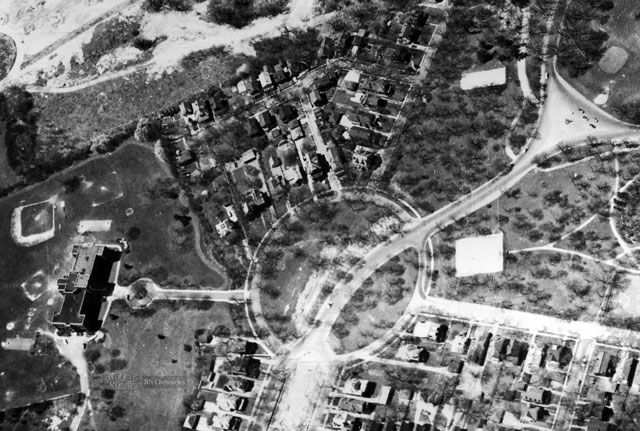 At the top of the larger photo, shown in detail below, you will notice the still familiar ball diamonds – but none of the on- and off-ramps for the Scajaquada Expressway. You’ll notice that some of the lots at Middlesex and Delaware remain undeveloped in the photo. 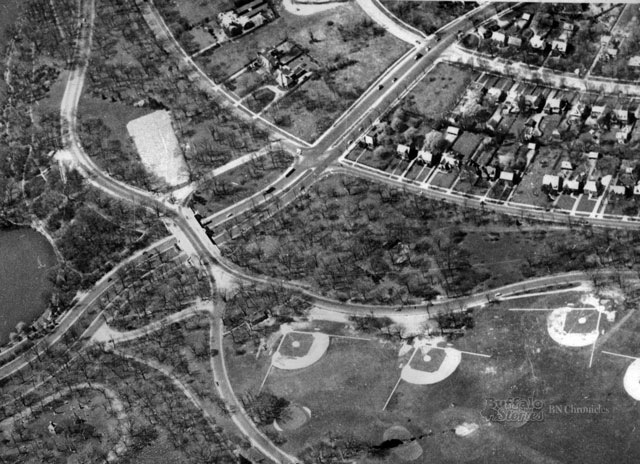 The biggest change, of course, is the four-lane highway which would now be running through the middle of the page.