After 78 years in downtown Buffalo, it was announced 55 years ago today that the J.N. Adam department store would be closing its doors — only to have the doors immediately reopened as the new home of AM&A’s. 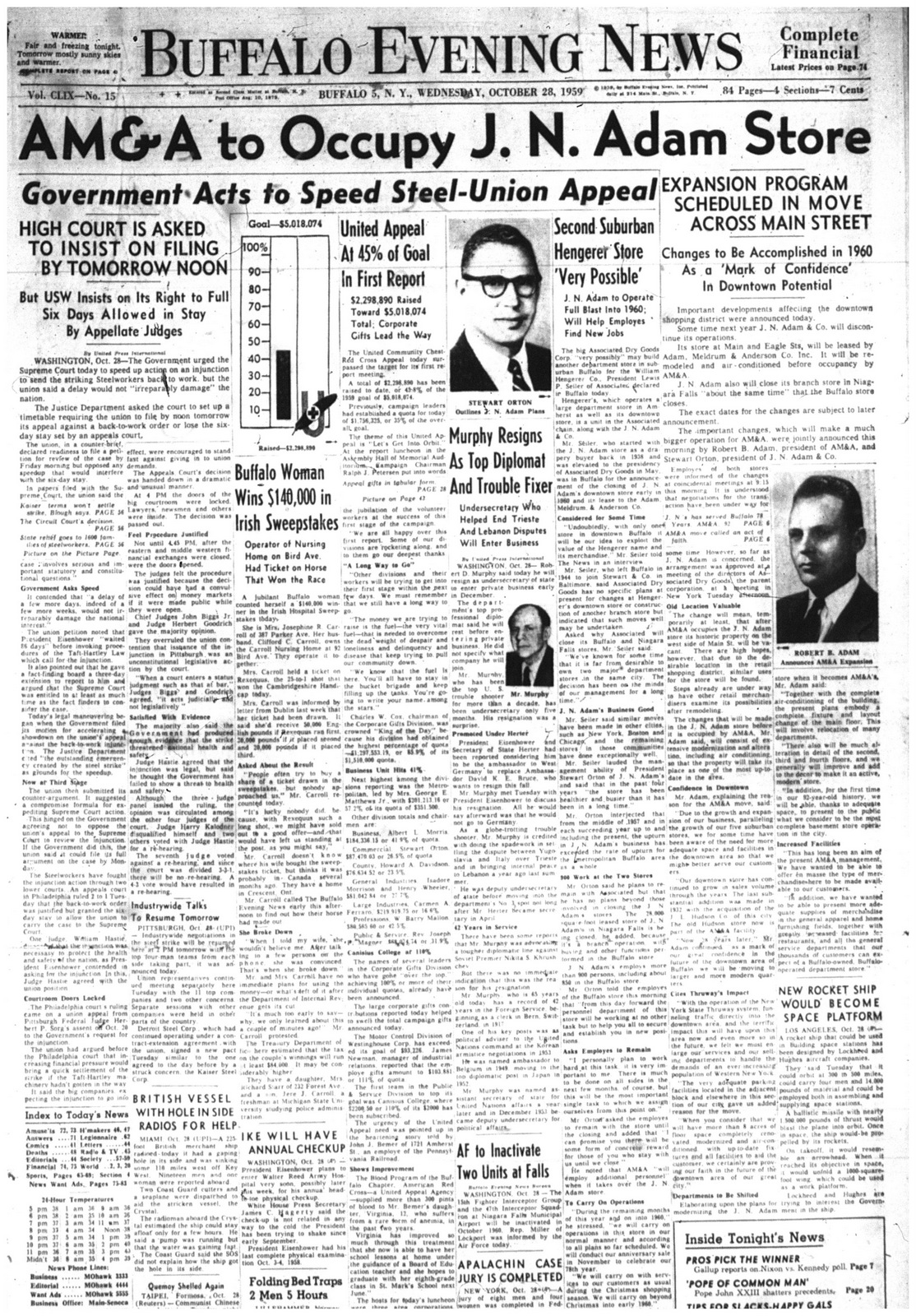 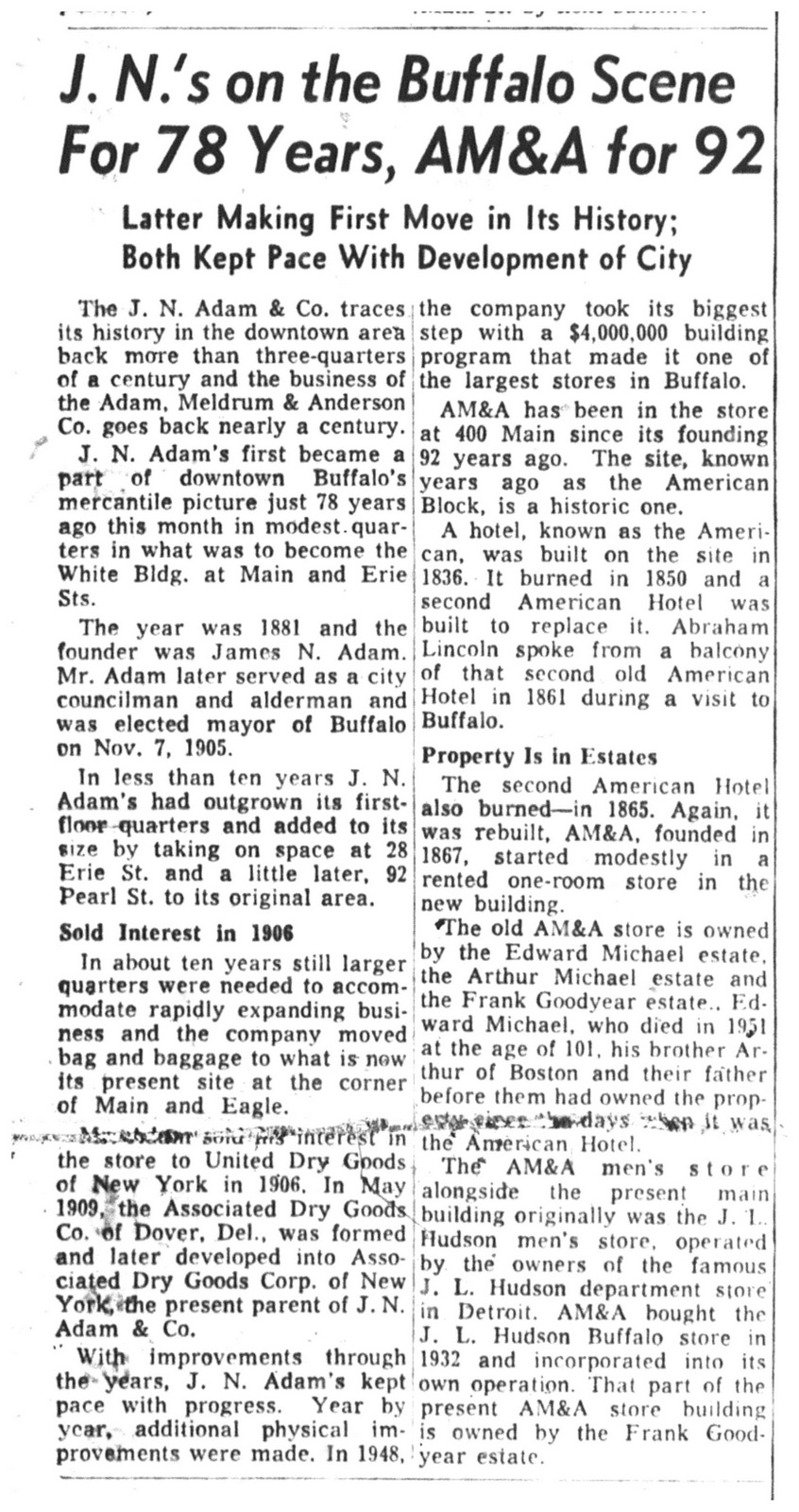 Within months, it was an amazing sight to see as thousands of items were carried from the longtime home of AM&A’s across Main Street to the building it would call home until the flagship downtown store and all other locations were sold to Bon-Ton in 1994.

J.N. Adam and Robert Adam — the Adam of Adam, Meldrum and Anderson — were brothers who came to Buffalo from Scotland. It was the grandnephew of J.N. Adam and the grandson of AM&A’s founder Robert Adam who, as president of AM&A’s, facilitated the move on Main Street.

“Some time next year J.N. Adam & Co. will discontinue its operations.

“Its store at Main and Eagle Sts. will be leased by Adam, Meldrum & Anderson Co. Inc. It will be remodeled and air-conditioned before occupany by AM&A.” 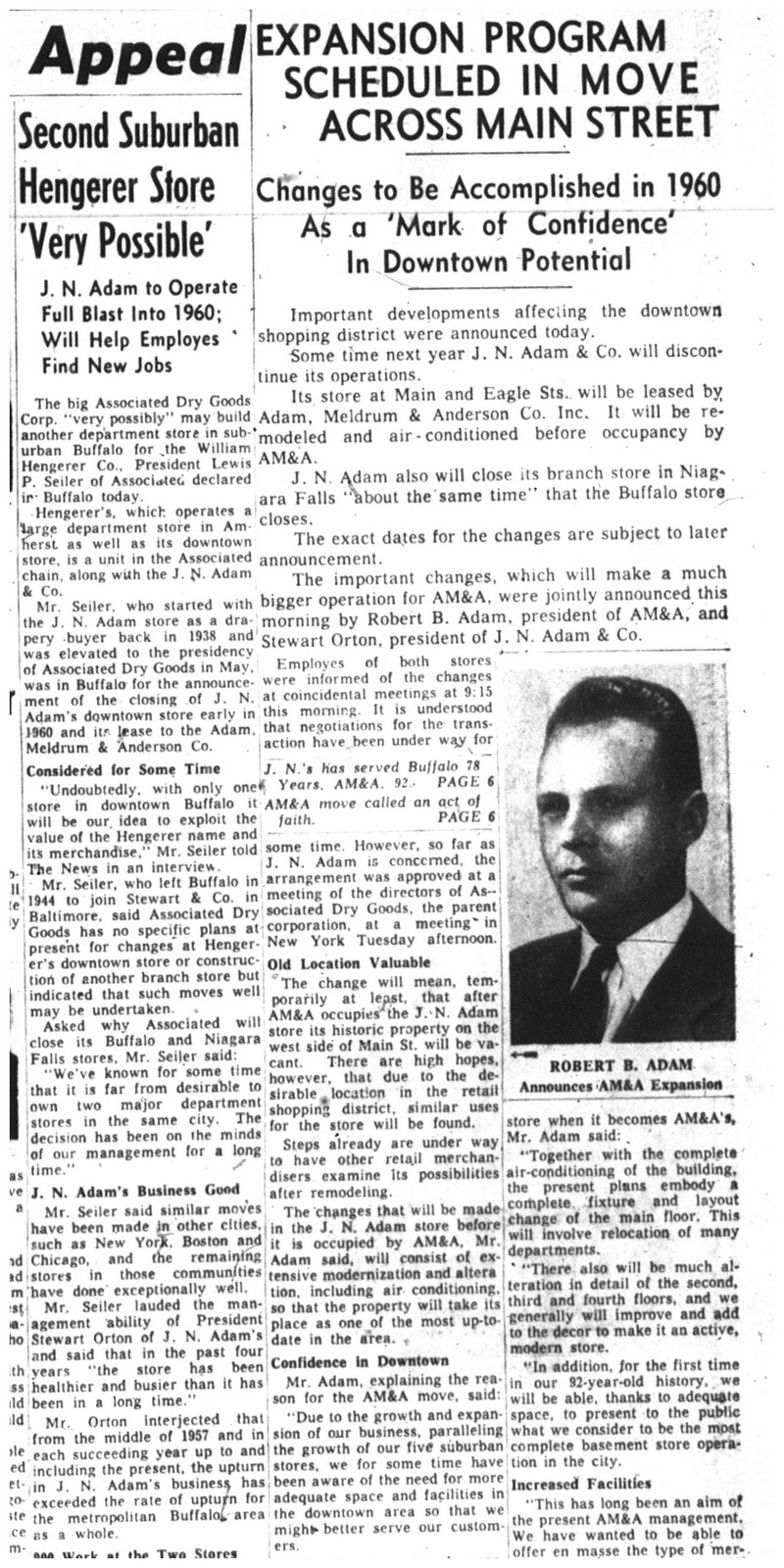 For nearly 130 years, Adam, Meldrum and Anderson was a Buffalo-based department store. That streak came to an end in 1994. The following year, the flagship Main Street store was closed.

“Bon-Ton will spend $38.5 million to acquire AM&A’s. The figure includes $2.1 million in cash and the assumption of approximately $21.4 million of debt and $15 million in other liabilities.

“… While the sale signals the end of a 127-year-long retailing love affair between Western New Yorkers and the department store, the entry of Bon-Ton Stores is good for the store and its customers, Alford said.”