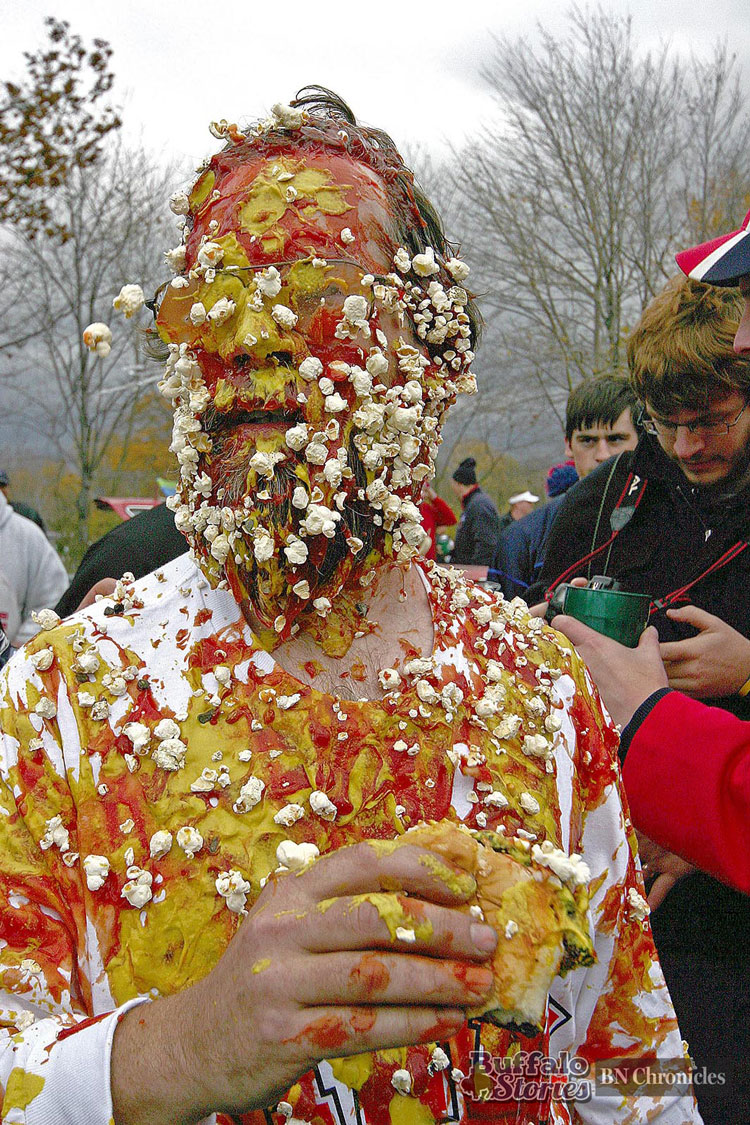 When Matt Horey died in 1926, he was remembered in The News as “well-known in Williamsville and surrounding areas, having had a place of business at the corner of Main and Cayuga Streets.” The business, depending on which description you believe, was either a hall, a hotel, a saloon or a tavern. 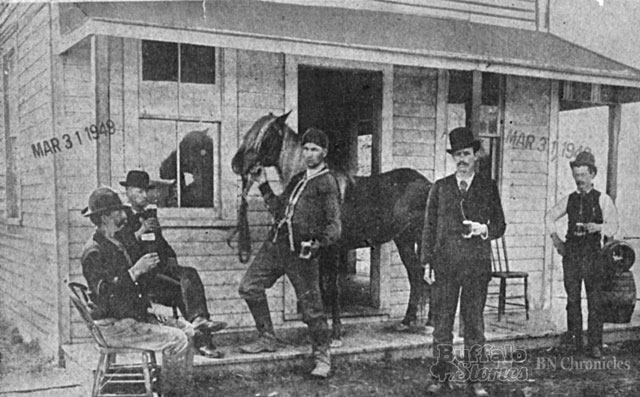 This photo appeared in The News in 1949, courtesy of the Horey family.

Aside from a tavern, Horey’s was also a regular polling place around the turn of the 20th century. 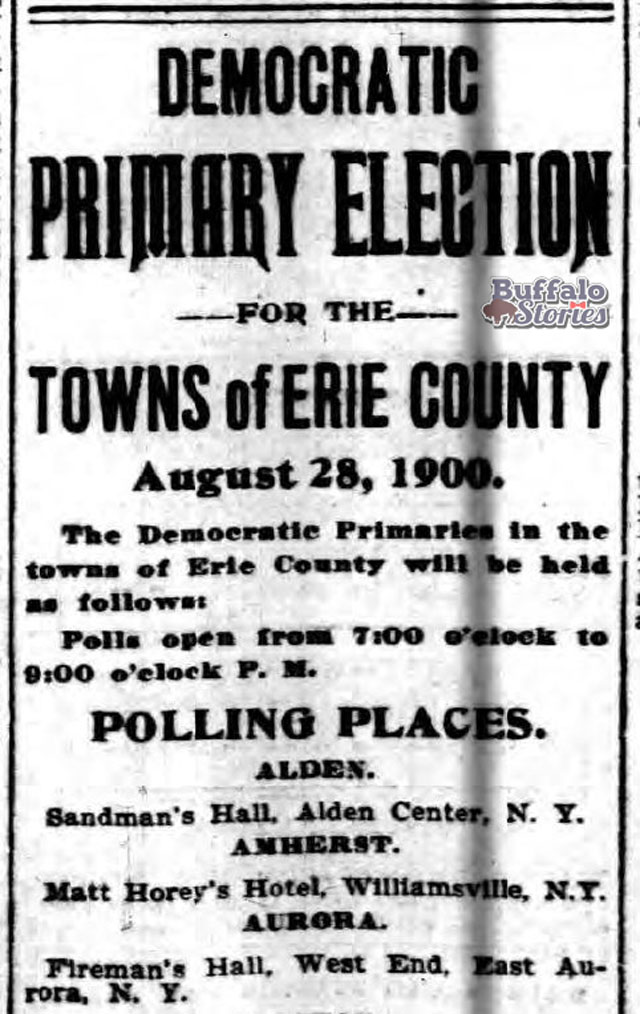 The building was torn down in 1923 to make way for a bank building, which was a Liberty Bank branch for many years. 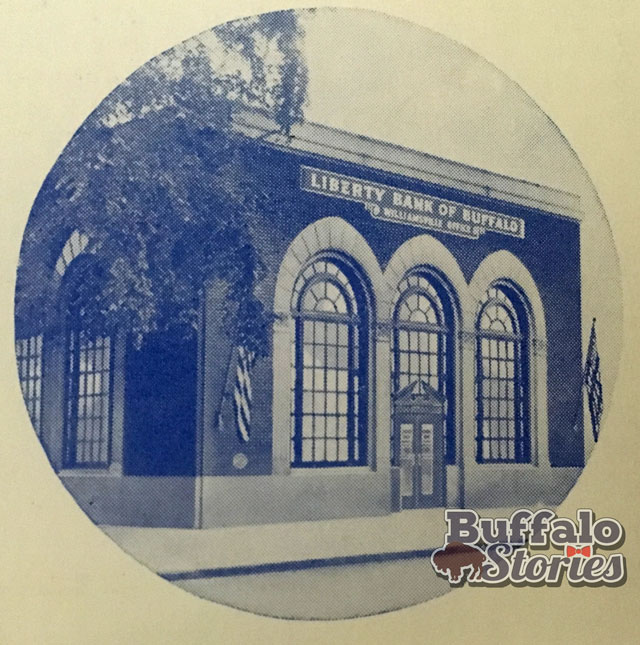 It’s now the home of a Bank of America branch.

Answers abound and imaginations run wild when Bills fans are asked what they’d most like to have about the 1990 Bills for today.

Jim Kelly? Thurman Thomas? The hope and expectation of great things about to happen with the team?

The William Simon Brewery, makers of Simon Pure beer, was the last Buffalo-owned brewery of the 1960s and 1970s.

When this ad appeared in The News 50 years ago today, September 8, 1965, Iroquois and Simon Pure were the last beers being produced in Buffalo, but Iroquois was owned by out-of-town interests. The Simon family owned the brewery from 1896 until it closed as Buffalo’s last beer producer in 1973. 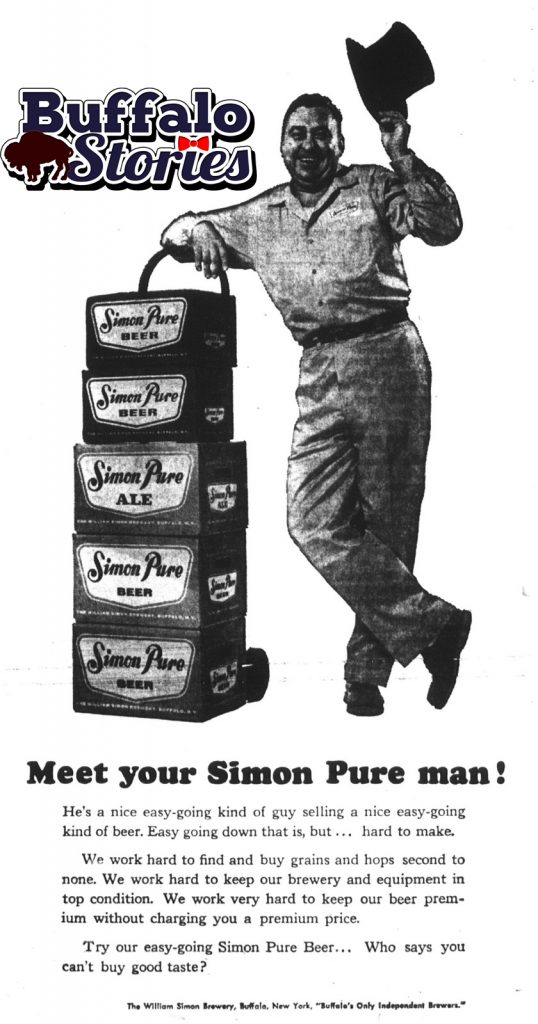 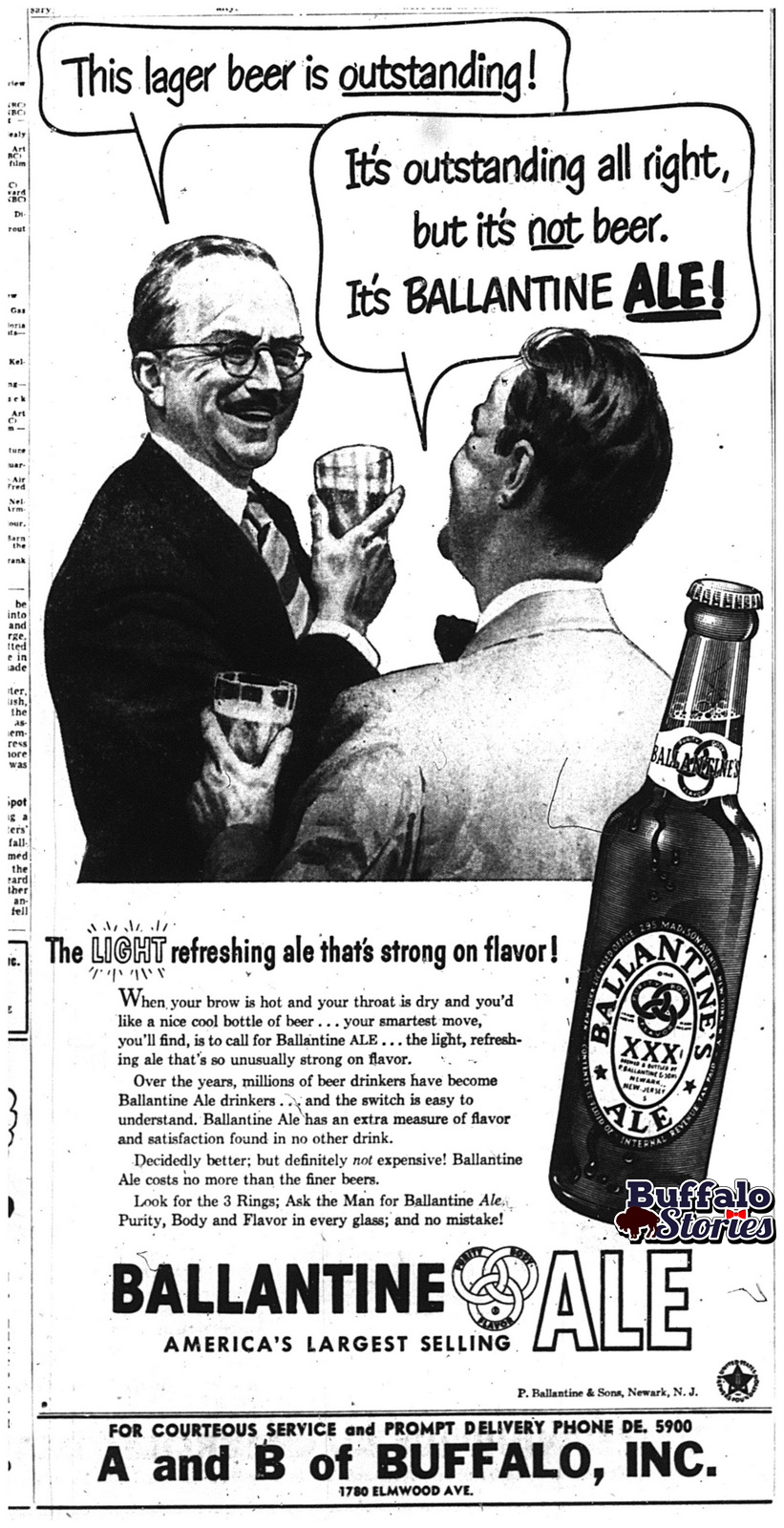 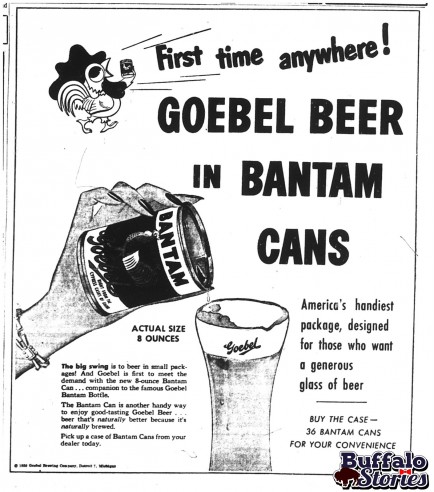 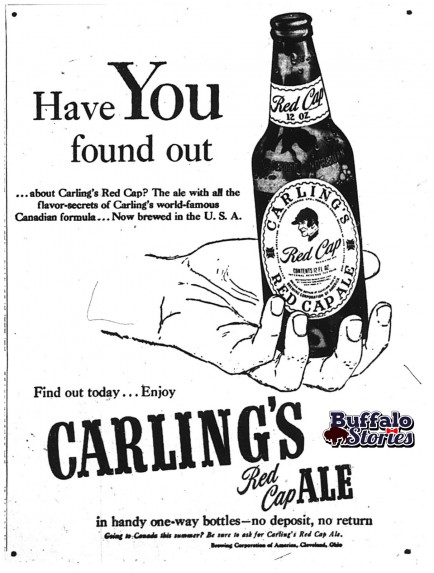 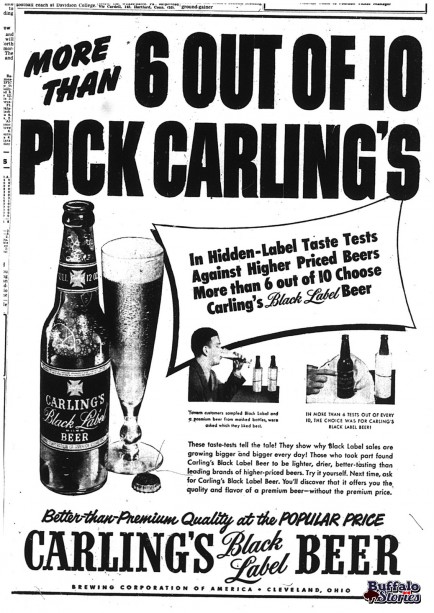 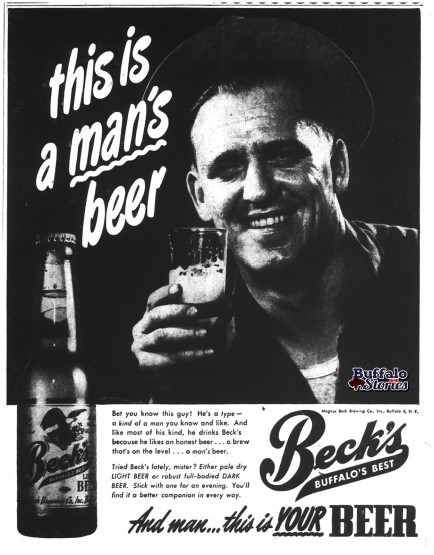 Utica Club promised, in this ad from 40 years ago today, that if you “taste the beers and not the labels,” UC matched up to and surpassed brands such as Budweiser and Schlitz. 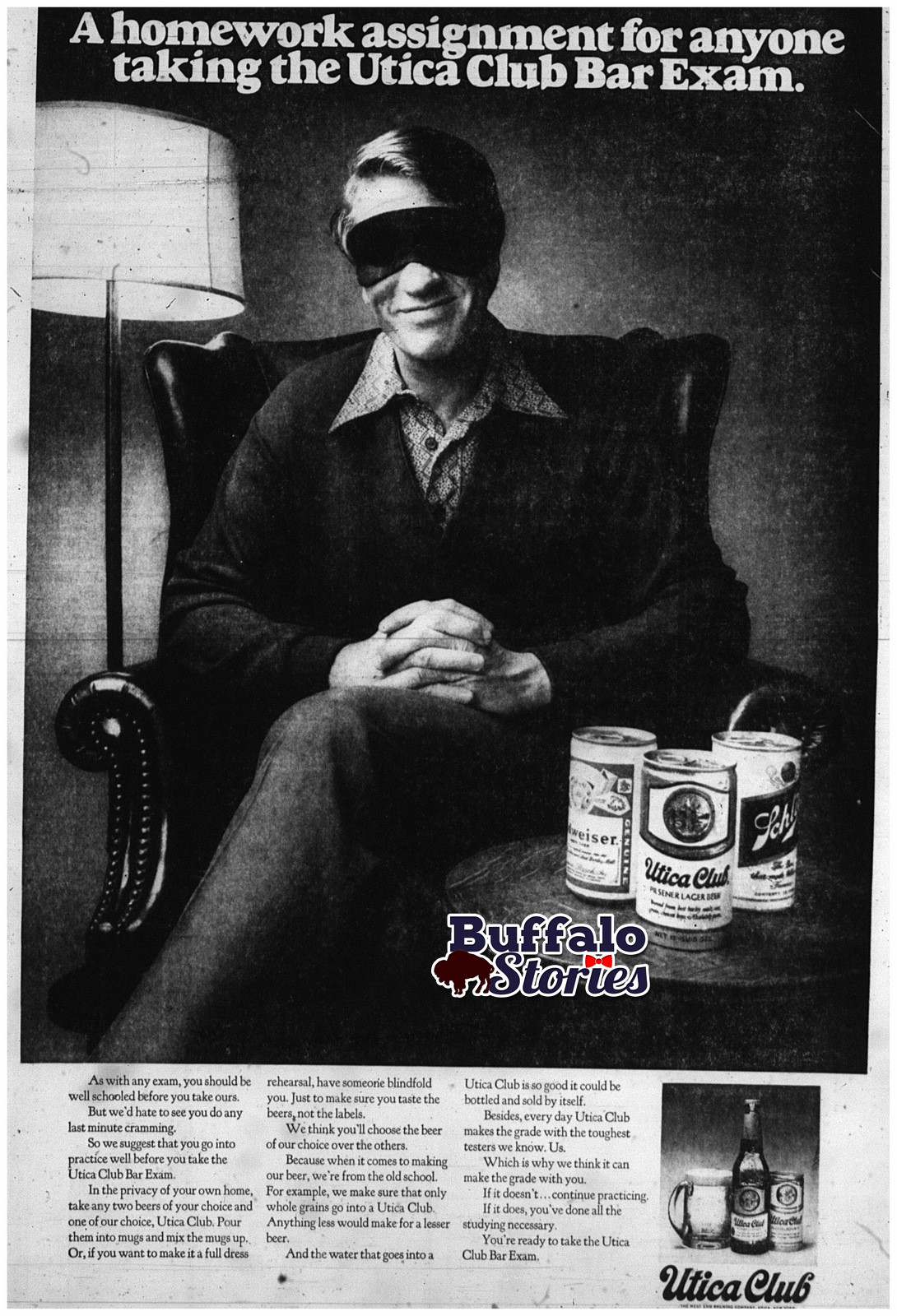 Everyone loves a cheap beer, right? 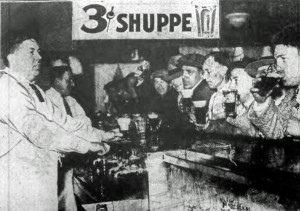 As newspapers around the country struggle, maybe they need to take a page from the 1935 Courier-Express, and report the news the people want– Namely, find the city’s cheapest schupers and kimmelwecks, and print that. Print it everyday.

After reading this, I’ll never pay a nickel for a beer again!