“Built to serve 50,000 families” and “equipped in the finest and most modern manner,” the Black Rock Market came to be after years of lobbying by the Grant-Amherst Political Association.

Mayor Francis X. Schwab spoke at a rally after the city brought the property in 1925.

“It has been a hard fight since the conception of the Black Rock market, but an eleventh hour effort won over the deciding votes” for the acquisition of the site,” the mayor told “the huge crowd.”

There had been proposals for a public market in Black Rock dating back to at least 1903, when the firm directed by America’s first female architect, Louise Bethune, created plans for a Flemish-inspired building.

“The Black Rock market is something that has been needed, and I am glad to have aided you in putting the project through. The Black Rock Political association can rightfully celebrate the victory,” the mayor said, as quoted in the Courier-Express.

Part of the following year’s 1926 grand opening celebration included throwing the switch on Amherst Street’s new electric street lights from Elmwood to Military. A celebratory banquet was given right next door to the new market at Thomas Dorywalski’s Hall, 930 Grant St.

Dorywalski’s would have been close to the Grant Street entrance of the current Tops parking lot.

In 1959, the market was torn down to make way for the Scajaquada Expressway. Part of the property where the market once stood is now part of the Tops Market property at Amherst and Grant Streets.

When we think of old fashioned Public markets in Buffalo, we think of the Broadway Market. But it wasn’t too long ago that there were a handful of them around the city– including in Black Rock.

For 23 years, where Tops is at Grant and Amherst, next to the Scajaquada Expressway, once stood the mostly forgotten Black Rock Market. 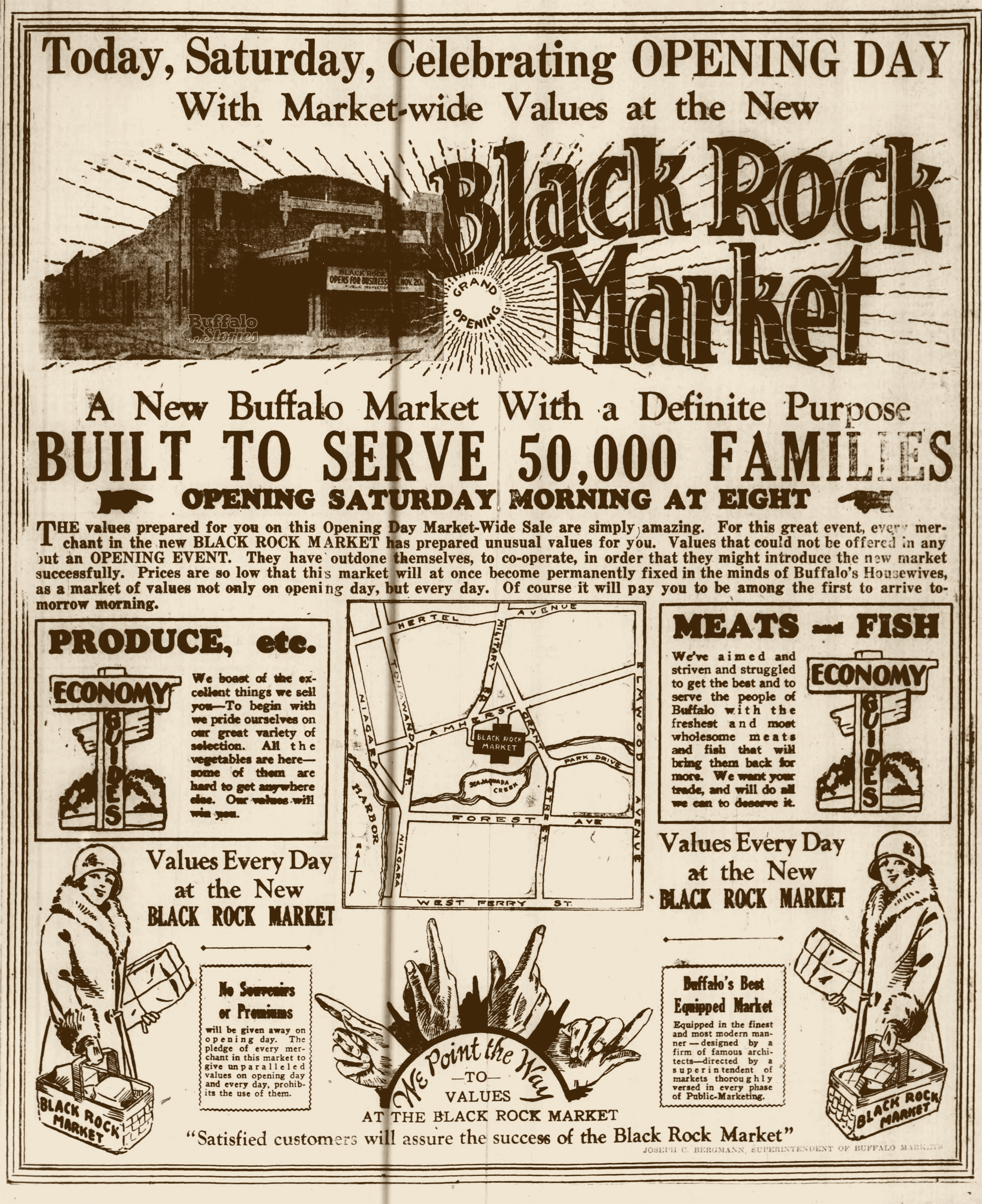