Among the many industries in which Buffalo was a nationwide leader was finance.

Just like in steel and milling among dozens of others, before the Great Depression Buffalo was one of America’s top five cities for finance. The Buffalo Stock Exchange even opened its doors in celebration, marking Buffalo’s advancing place in the world of finance.

That open came in May 1929 — only months before the stock market crash that ushered in the Great Depression. 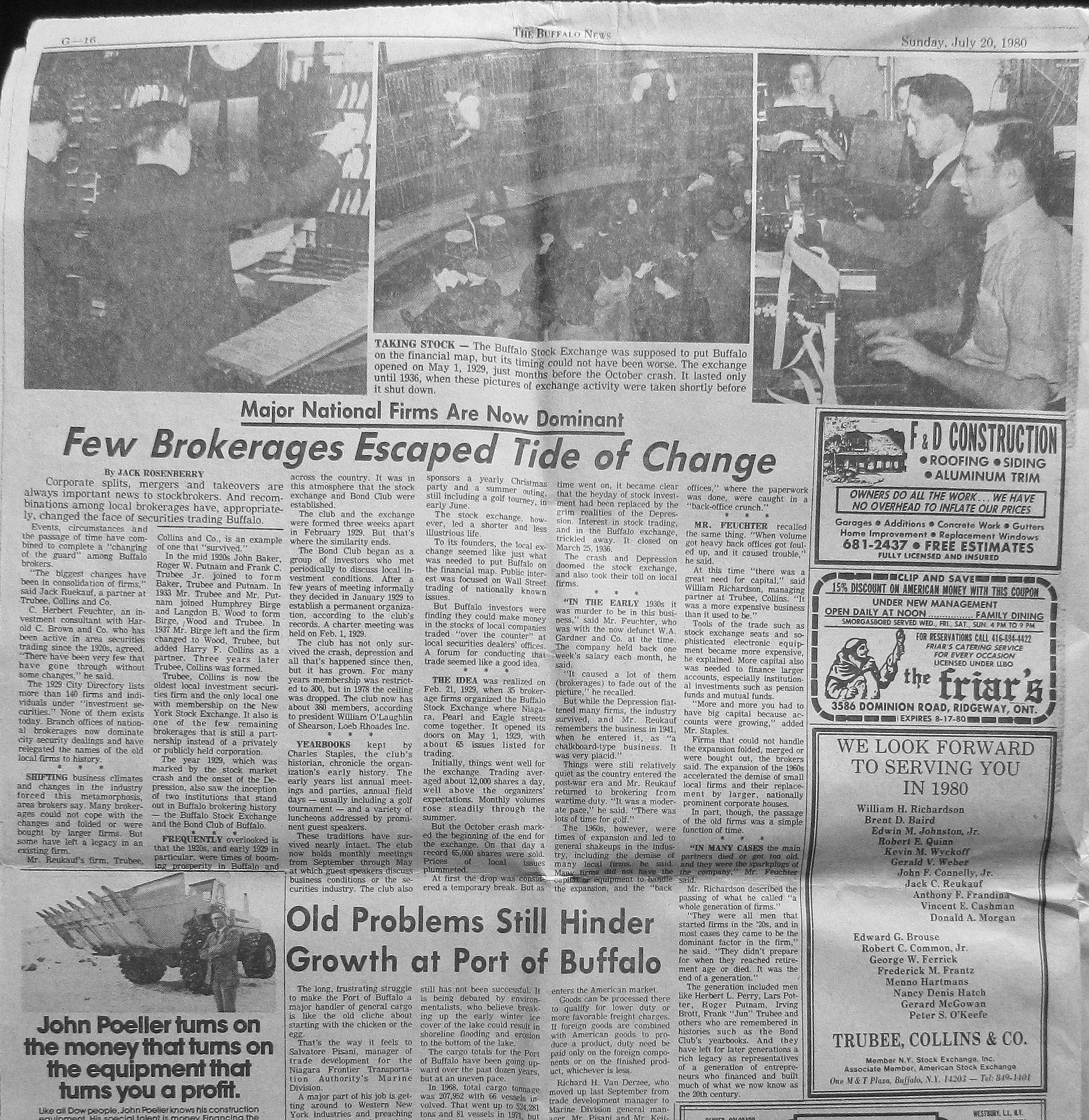