He was a “one man wonder” during the Golden era of Buffalo radio in the 30s and 40s, serving as WGR’s Music Director, band leader, and conductor.

Trained at Juilliard and then a violinist for the NBC Orchestra for three years, Cheskin came to Buffalo as the music director for the Erlanger Theater, soon taking on the role of Buffalo Broadcasting Corporation Music Director in 1931.

His live broadcasts, conducting the 18-piece WGR Orchestra, were among Buffalo’s most popular radio programs of the day.

At one point, Cheskin was also conducting 18 network shows a week— including “Buffalo Presents”— heard all over the country on NBC and CBS as performed live in the WGR-WKBW studios.

Cheskin was tapped as the Buffalo Philharmonic’s Pops Conductor through the war years, and spent more than 30 years leading one of Buffalo’s premier dance bands.

The members of Cheskin’s bands and orchestras also move on to their own high-profile radio gigs as well.

Harold Austin, known for leading the bands at the Crystal Beach Ballroom and on the Crystal Beach boat “The Canadiana,” as well as in the Dellwood Ballroom during WEBR’s Hi-Teen Show, started his musical career as a musician in Dave Cheskin’s WGR Orchestra.

Violinist Max Miller was a featured star for many years with the WGR Orchestra, until he was named WBEN’s Musical Director.

Miller was nine years old, the first time he played the violin on Buffalo radio. After graduating from Buffalo’s East High School, he played regularly as a part of the Shea’s Buffalo orchestra.

Miller took over the reigns at WBEN from Bob Armstrong, the trombone and cello player who’d lead the WBEN-NBC Orchestra for most of the 1930s.

Bob Armstrong’s Hotel Statler Orchestra in 1941 (above) was mostly the same group heard on WBEN at the time.

Vera Holly and Herman “Tiny” Schwartz were the featured vocalists, sitting at the front of the stage. 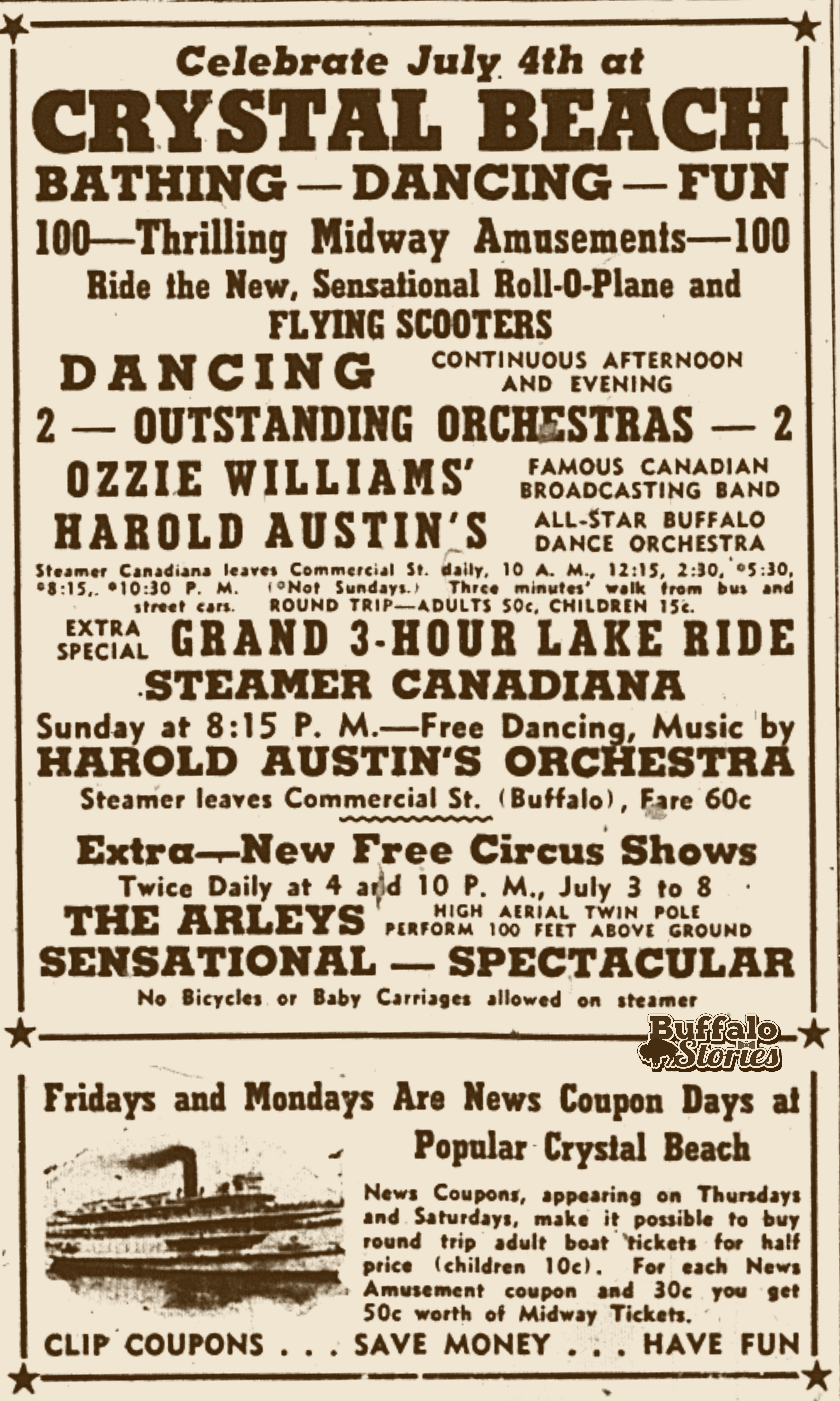 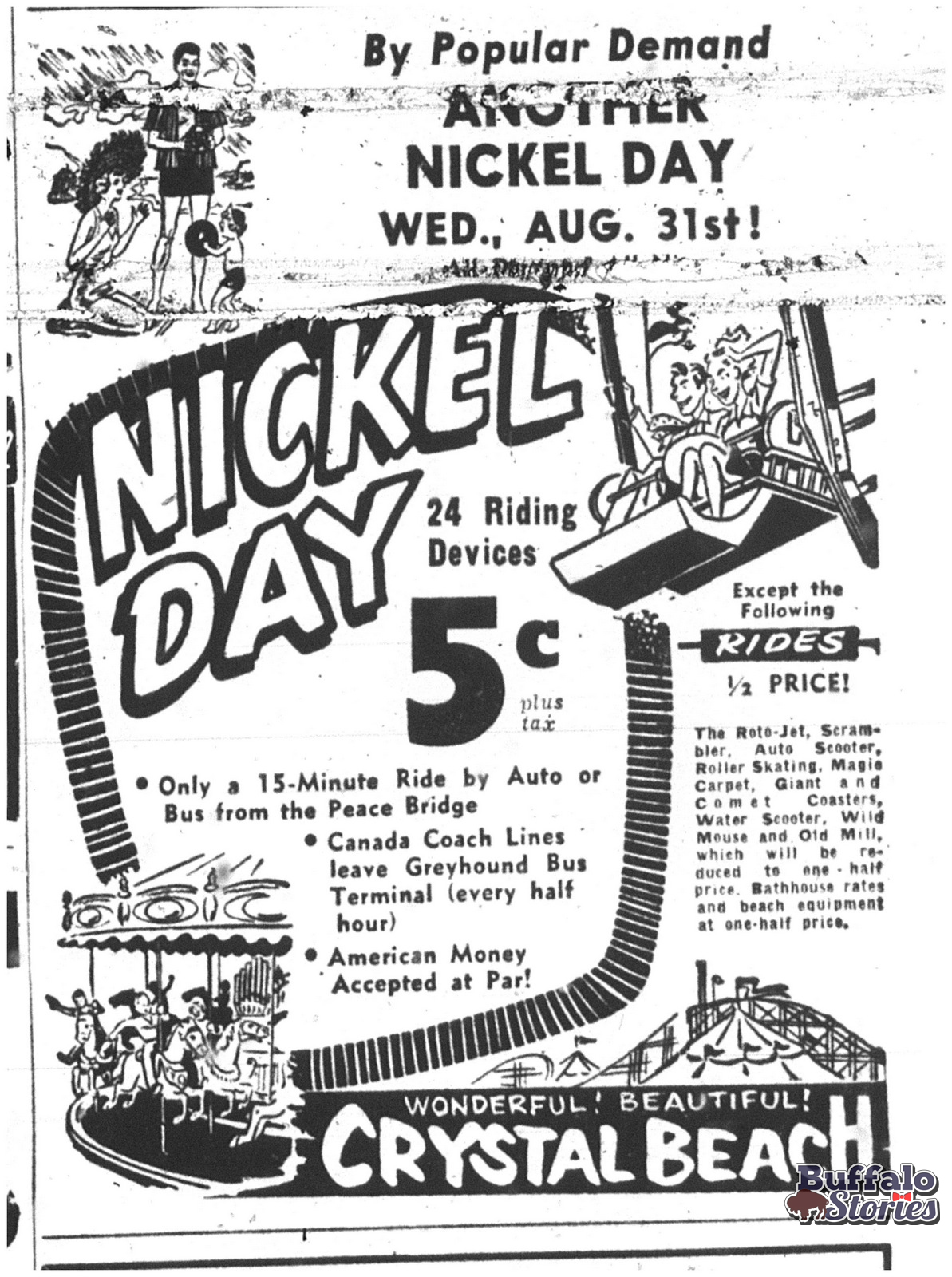 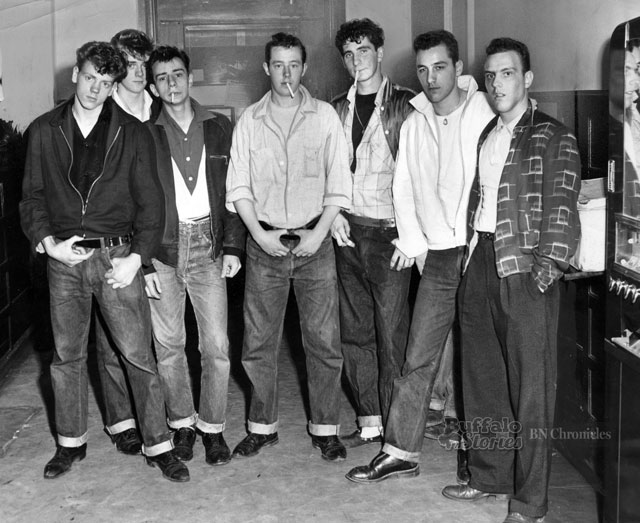 The Canadiana, and its trips to Crystal Beach from the foot of Main Street are well remembered around Western New York. 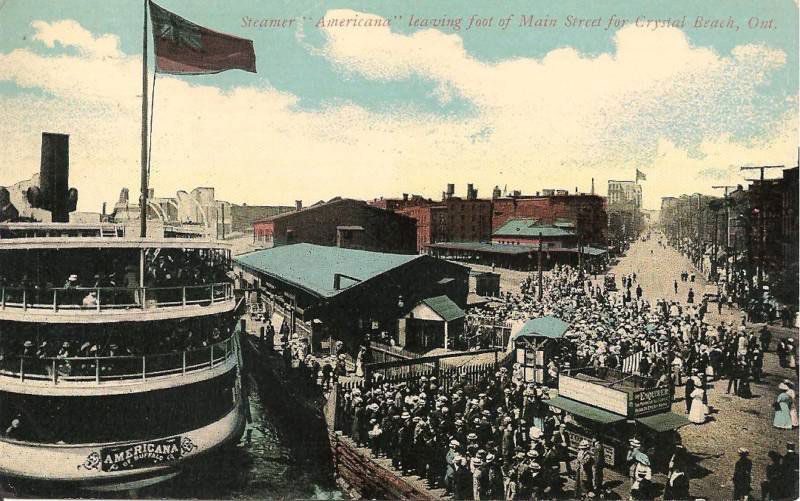 Perhaps not as well remembered were the luxury steamers that would pick up passengers right around the spot where people now pose with “SharkGirl,” and take them across the Great Lakes to places like Detroit, Cleveland and Chicago.

Both of these ads were in The Buffalo Evening News in July, 1940, and both offer Buffalonians the chance to travel via the Great Lakes. 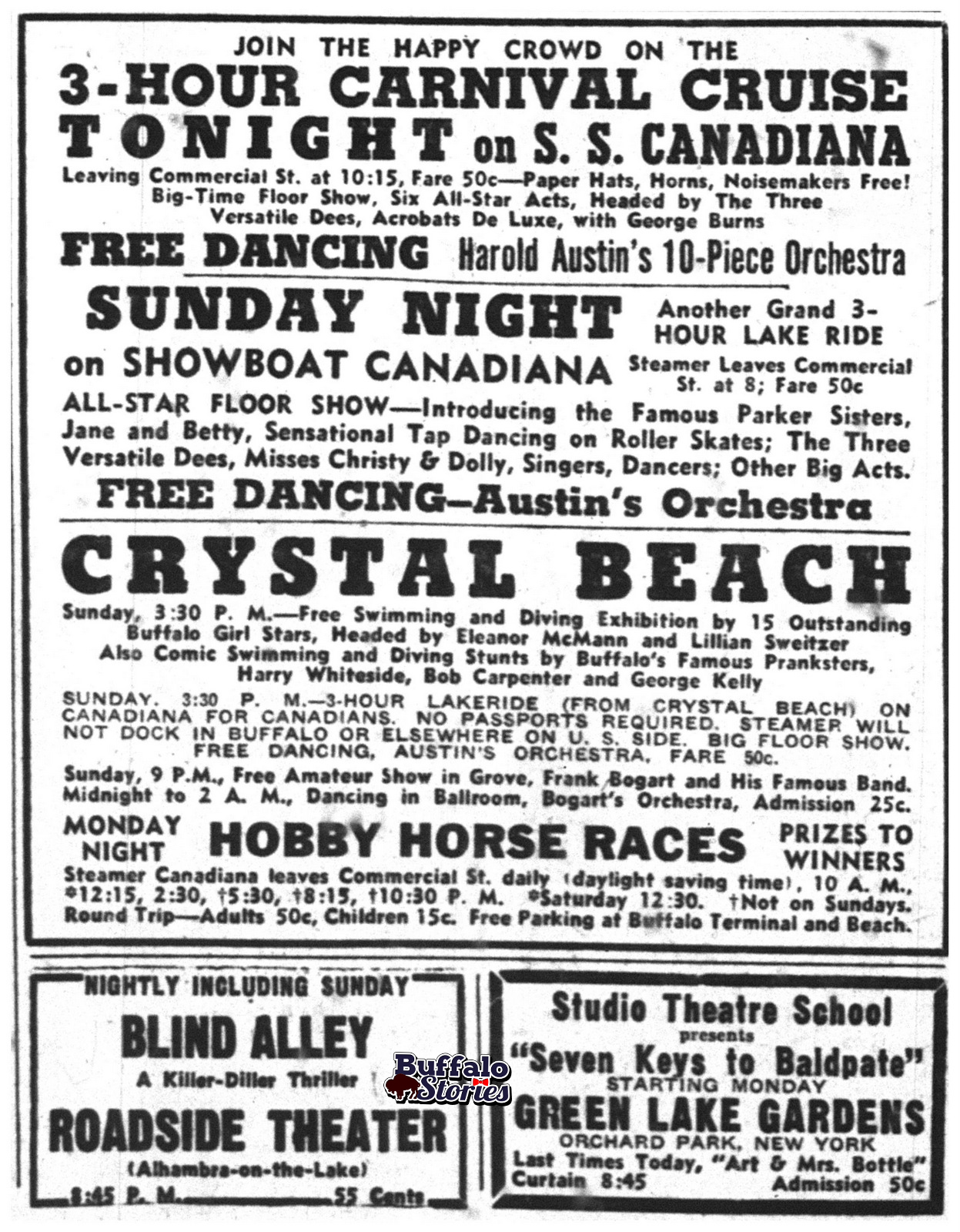 Buffalo, NY – Whether you drove across the Peace Bridge… or you drove down to the foot of Main Street to hop on “The Crystal Beach Boat” (as the Canadiana was known by most for most of its existence)…

Whether it was the dime dances, the clear blue water, the suckers and waffles, or one of the half-dozen roller coasters over the years that drew you there….

If you grew up in Buffalo between 1883 and 1989…. there’s little doubt that you spent some time at “Buffalo’s Coney Island,” Crystal Beach, Ontario.