Western New York’s attention became focused on vehicles crashing into buildings in 2011, when a car driven through the window at Cheeburger Cheeburger on Niagara Falls Boulevard in Amherst resulted in two deaths of patrons inside the restaurant.

At the scene of a car crashing into a bank several years ago, one police captain told me he doesn’t think these crashes happen more than they used to — it’s just that several high-profile cases have called our attention to these types of incidents and the fact that everyone is now carrying a phone in their pocket makes it easier to report on every case. 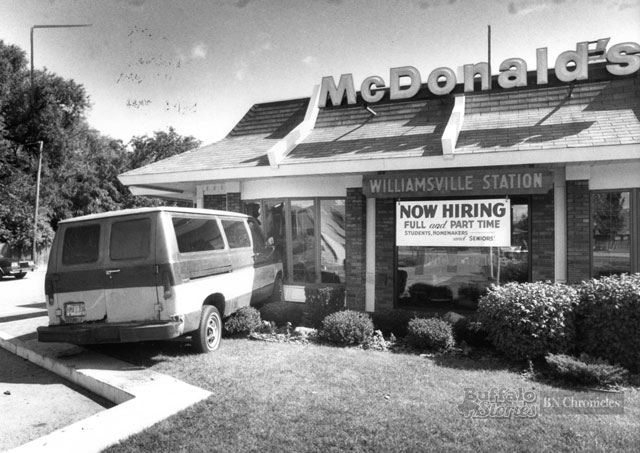 A woman was seriously injured when a conversion van slammed into the side of the McDonald’s on the corner of Union and Main in Williamsville in 1989. 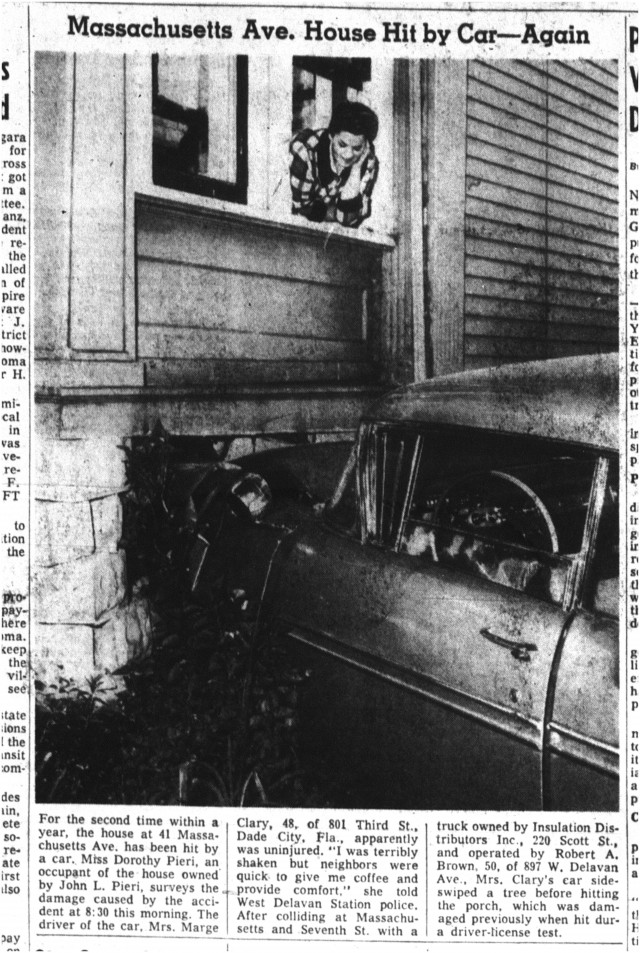 In fact, as long as there have been cars, they have been hitting buildings. Here’s another example from 1959.

For more on the trend, and whether Buffalo is actually unique in our number of vehicle/structure crashes, read Ben Tsujimoto’s analysis from last May.