2° calls for some serious ethnic comfort food. Chicken Paprikash on the way! 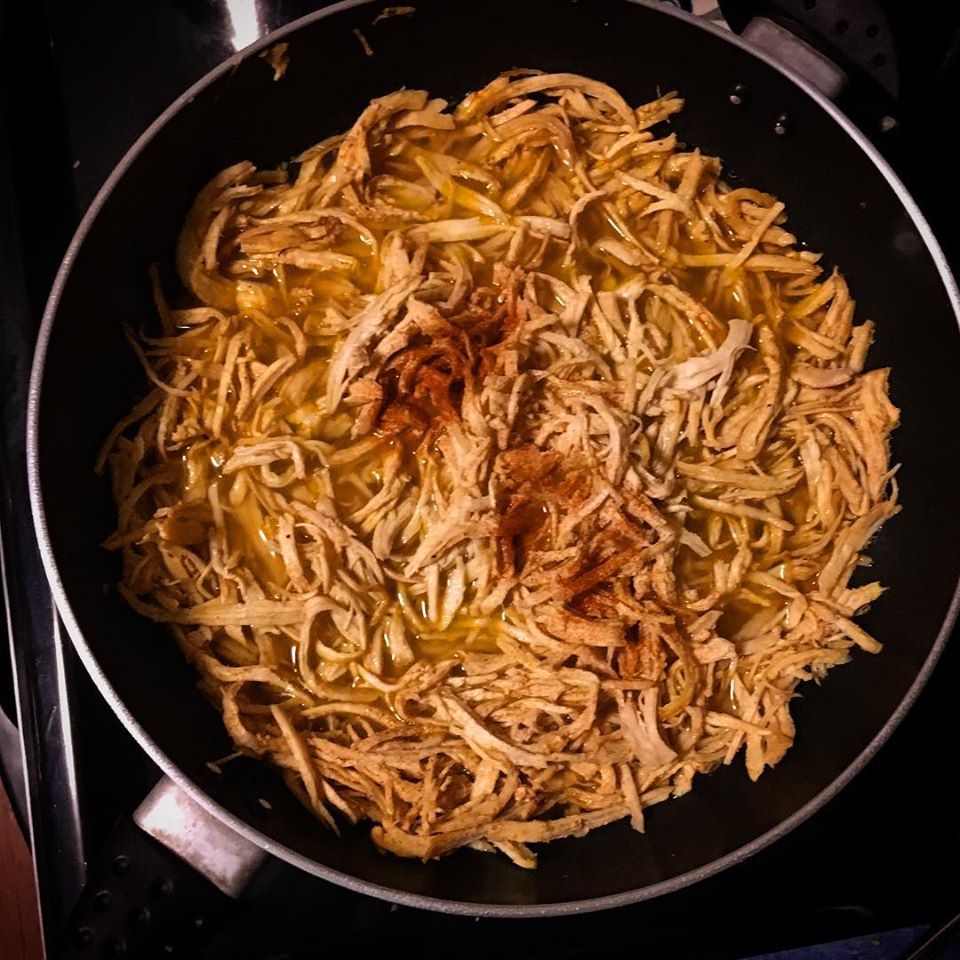 This is the way I’ve been making this dish which came down from my Hungarian great-grandfather’s family for about 30 years now.

Directions:
In a stock pot, cover chicken, onion, celery, carrots with water. Bring to a boil, then simmer until the chicken starts falling off the bones… or… the longer the better.

Strain and keep the broth. Spread the chicken and vegetables out on a cookie sheet to cool. (Everything but the meat is going in the garbage… but it’s a bit of a challenge to pick out the meat.)

While the meat cools, peel and cut potatoes for mashed potatoes. Cover with water and bring to a boil, then simmer. Potatoes are traditional, but I’ve also served this over rice… I like mashed potatoes better.

Follow the Bisquik recipe for biscuits and mix that and have it ready… (or have a can of the small, cheap refrigerated cardboard tube of biscuits on standby.)
Once meat has cooled, carefully pick the meat out of the stuff on the cookie sheet, and shred it— being careful to get rid of bones. (This takes forever, and is the primary reason why I don’t make this more than once or twice a year.)

Add salt, pepper, paprika to chicken shreds. You’ll need quite a bit of dollar store paprika to get any flavor… but the good Szeged Hungarian Paprika (I like to use the sweet version, not the hot version) only takes a couple of shakes. If you get the hot one, be careful—it’s the kind of heat that sneaks up on you. It’s not immediate, but hits you as you eat.

After some of the chicken is fried up a bit… add the broth back to the pan. If it doesn’t cover the chicken, add water to cover. Bring to a boil.

Scoop spoonfuls of the biscuit mix onto the top of the boiling broth. (This part I’ll call optional. These dumplings are my favorite part, but Monica thinks they are disgusting.) Cover and simmer.

To serve, I put mashed potatoes in a bowl… chicken and broth on top. (Dumplings on mine, no dumplings for my dumpling wife.)

It’s a lot of work for the resultant slop… But generations of my family loves it.