One of the great pleasures of sifting through the photo archives at The Buffalo News is never quite being sure what you might find where.

There’s no magic drawer labeled “all the great photos,” and the thing is, if there was such a drawer, you would have already seen all the great things in it.

One of my chief tactics is the opposite of looking for something that sounds great. I look for a file with a boring-sounding name with the hope that there just might be something great inside, something that might show some interesting slice of life from our past.

That’s what happened with a folder labeled “Buffalo clean-up,” which hasn’t had anything added to it since 1973. It might have been that long since someone looked through it.

Three of the images jump out for Torn-Down Tuesday.

The first pic, from 1955, shows a man dropping a copy of the Courier-Express instead of tossing it in the trash. The Nu-Way grocery store ad is clearly visible.

The litterbug is standing on the west side of Main, and the stores on the east side of Main in Shelton Square, namely A.S. Beck Shoes and Flagg Shoes, are in the photo. There’s also a red NFT bus and a Snow Crop Lard delivery truck. 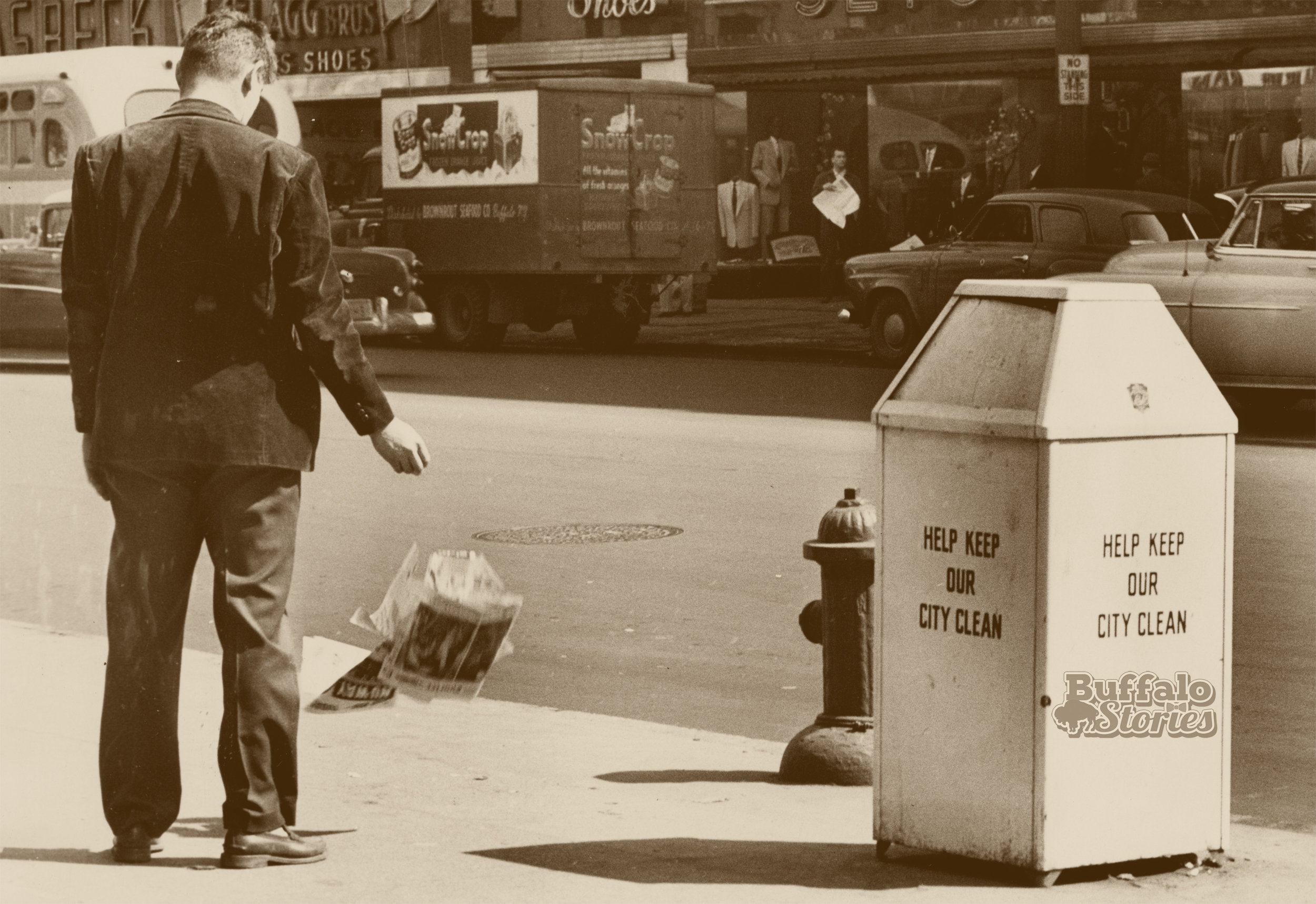 These storefronts stood on what is now the plaza in front of the M&T headquarters building.

The photographer is in close to the same spot, with the camera spun around the other way in this photo, about nine years later. It’s from 1964 and shows Main Street between Eagle and Niagara Streets. Not only do these buildings no longer stand, but Niagara Street no longer intersects with Main Street. 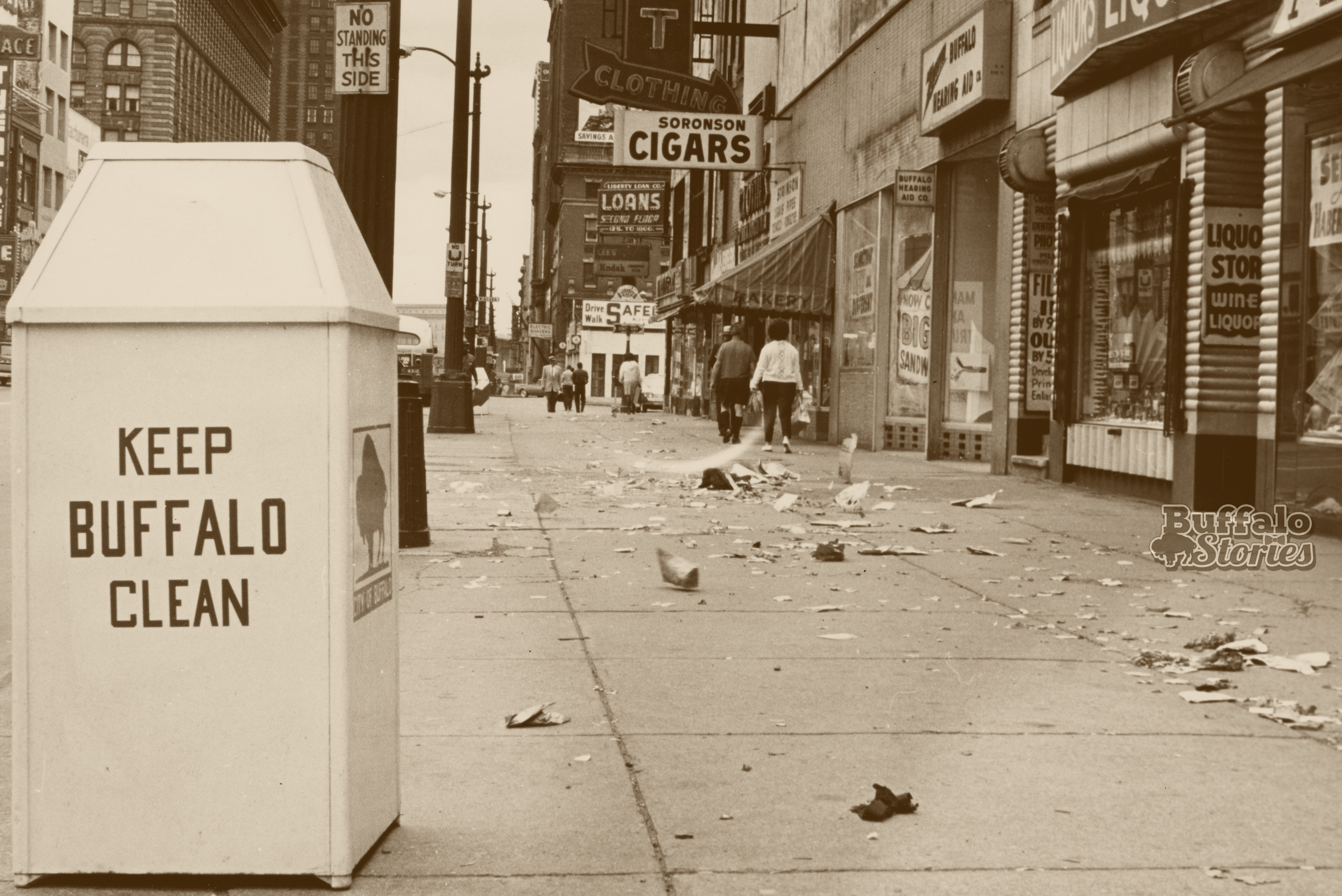 These buildings were taken down shortly after this photo was taken. The Main Place Mall was built on the site.

The last image is from the Chippewa Street Operation Clean-Up in 1972. Deputy Mayor Stan Makowski and Streets Commissioner James Lidner were with teens in the city summer job program, cleaning up the corner Chippewa Street just west of Main. 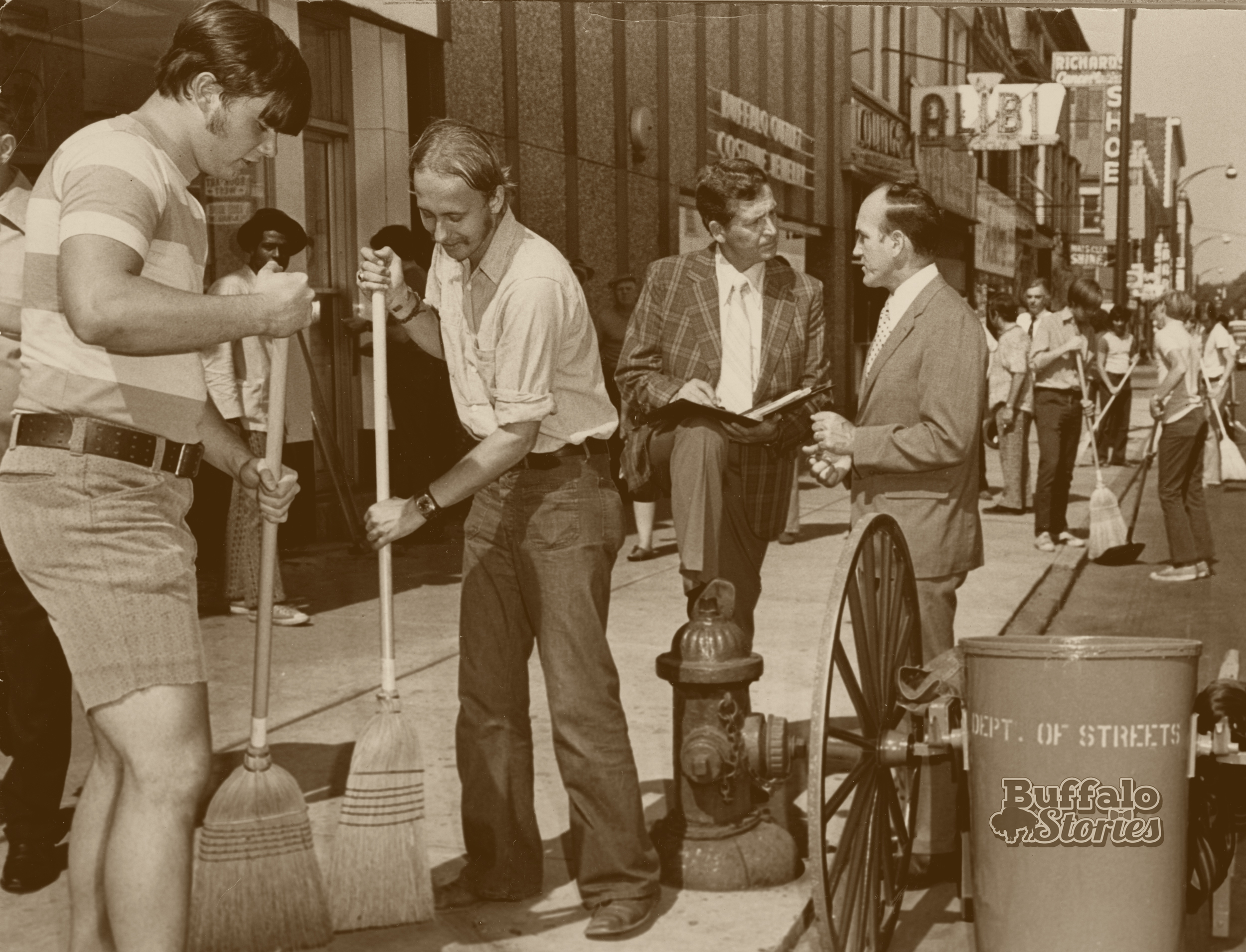 These buildings, including the home of the infamous Alibi Room, were torn down to make way for Fountain Plaza.