In 1973, Clint Buehlman was celebrating 30 years of hosting the morning show on WBEN. His program had more listeners than the next three stations’ morning shows combined. More than 300,000 people tuned in to “your AM-MC” during the course of the week.

“Dependability,” explained Buehly, was the reason for his 40 years of success on morning radio on WGR and then WBEN.

And from the 1930s through the 1970s, if it was snowing in Buffalo on any given morning, you could depend on tuning around your dial to find “Yours Truly, Buehly” sitting at the piano, singing his song about driving in winter weather.

“Leave for work a little early cause the roads are kind of slick,

and even though your brakes are good you’ll find you can’t stop quick.

“When you step upon that peddle and your car begins to skid,

just remember this advice and you’ll be glad you did.”

It was winter weather that helped end the Clint Buehlman era on Buffalo radio. During the Blizzard of ’77, listeners came to rely on the more modern sound of Danny Neaverth on WKBW, and less on the dated sound of Buehlman’s show on WBEN.

In March 1977, Buehlman turned 65, and WBEN management took it as an opportunity to force him to retire.

Hamburg’s biggest contribution to the early history of rock ‘n’ roll might be more technical than musical, but it was from the 50,000 watts worth of radio waves flying out of Big Tree Rd. that Western New York and much of the east coast and Canada were introduced to the format.

The Buffalo Broadcasting Corporation opened its transmitter and tower facilities on Big Tree Rd. in July, 1941. The facility cost $350,000– $5.7 million in 2017 dollars—and was described as “truly a showplace of electric marvels.”

When the building first opened, a series of telephone lines carried programs from the Rand Building studios of WGR and WKBW to Hamburg for broadcast.

WKBW’s mainstays were the network programs of CBS with stars like Orson Welles, Hedda Hopper, Cecil B. DeMille, and Kate Smith. WGR carried Mutual Network shows like “The Lone Ranger” and talent like Milton Berle.

After spending time at a few smaller stations, in the mid-1950s, George “Hound Dog” Lorenz took his rhythm and blues program featuring the music which would soon be known as rock ‘n’ roll to 50,000 watt WKBW Radio. The powerful signal allowed “The Hound” to introduce the evolving music genre to the entire northeastern United States.

WKBW would eventually be known as “one of America’s two great radio stations.” The voices of Stan Roberts, Tom Shannon, Irv Weinstein, Danny Neaverth, Joey Reynolds, Jack Armstrong, and so many others were sent out over the four and later six towers in our backyard.

Today, WWKB Radio and WGR Radio still transmit from Big Tree Rd. Both stations are owned by Entercom Communiucations, which is in the middle of a $1.7 billion merger with CBS Radio.

This story originally appeared in The Hamburg Sun. 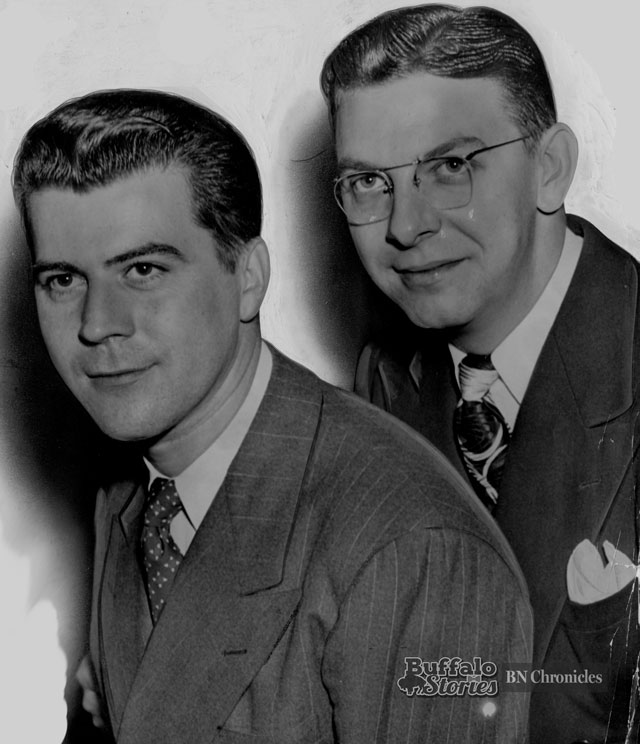 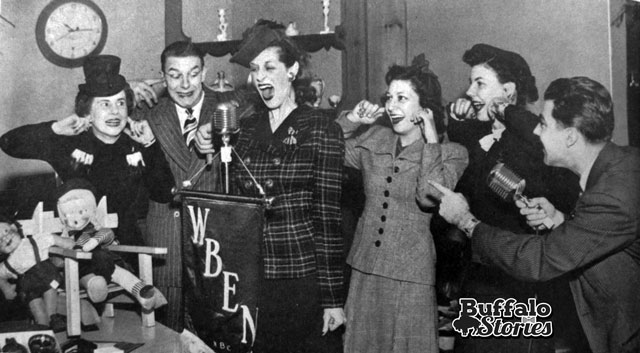 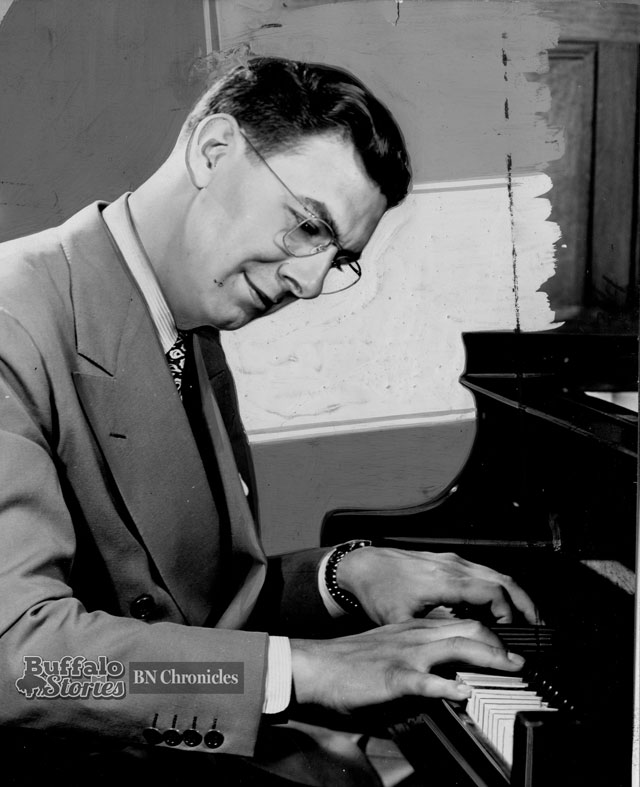 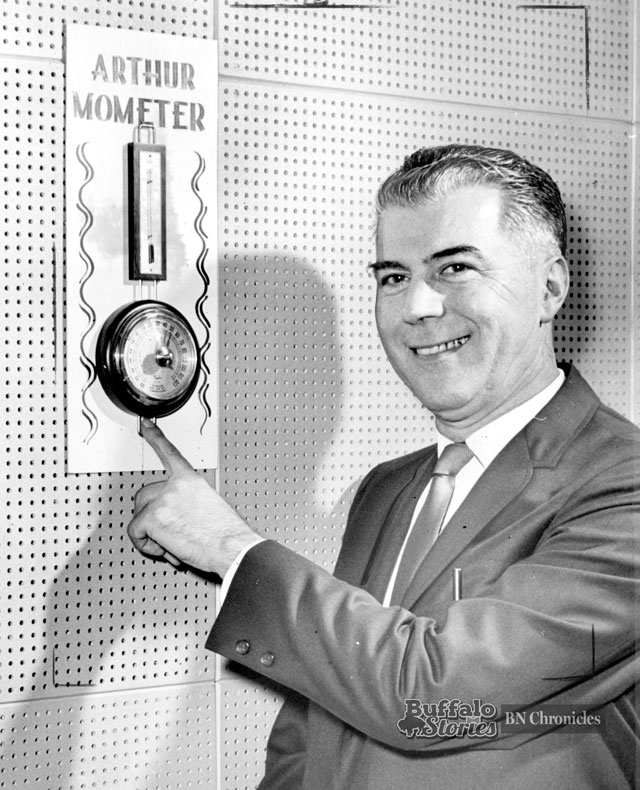 Nearly 40 years after Buehlman’s retirement, the day he’s remembered and talked about most by his generations of audiences is Thanksgiving Day.

In 1987, when “Your AM-MC, CB” came back to WBEN after a decade of forced retirement for an interview with then-WBEN (now WHTT) morning man Bill Lacy, Lacy said Thanksgiving time was, by far, the time of year when the phones rang with thoughts of Buehlman the most — and they were mostly thoughts about Fred Waring and the Pennsylvanians.

Buehly made it a Western New York tradition to play Waring’s version of “Grandma’s Thanksgiving” every year, and it remains a song takes many Buffalonians back to the old kitchen radio and a much simpler time.

In 1977, upon reaching the age of 65, Buehlman was forced to retire from the early morning seat he had occupied on WBEN since 1943. Here’s a look back at his career at the time of his retirement.