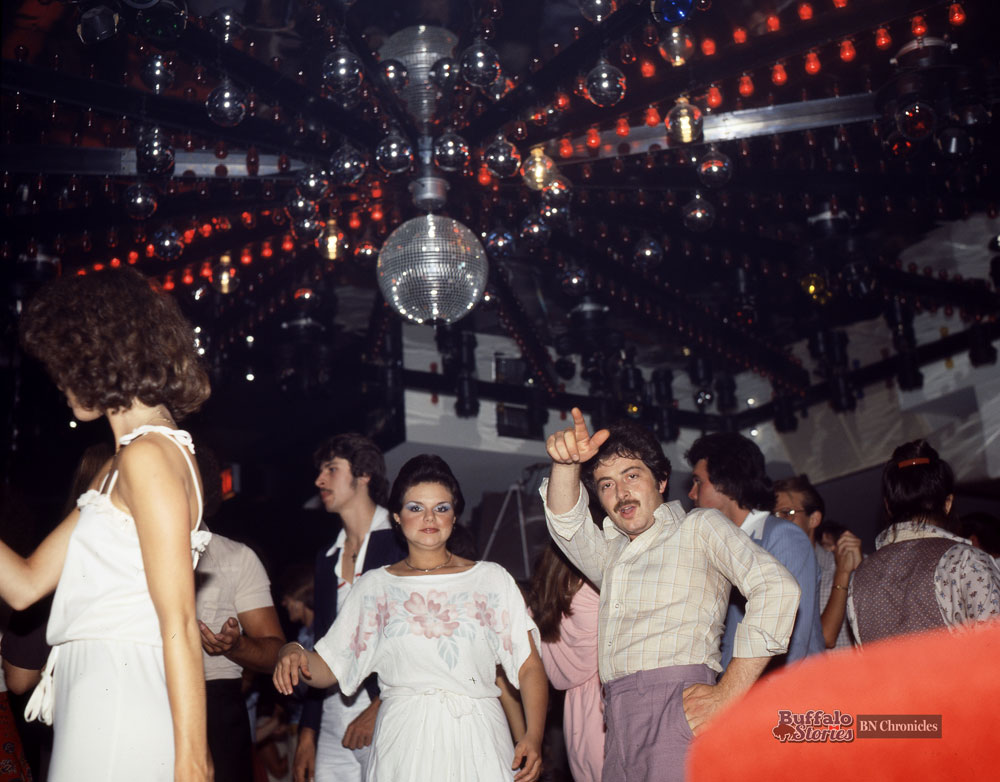 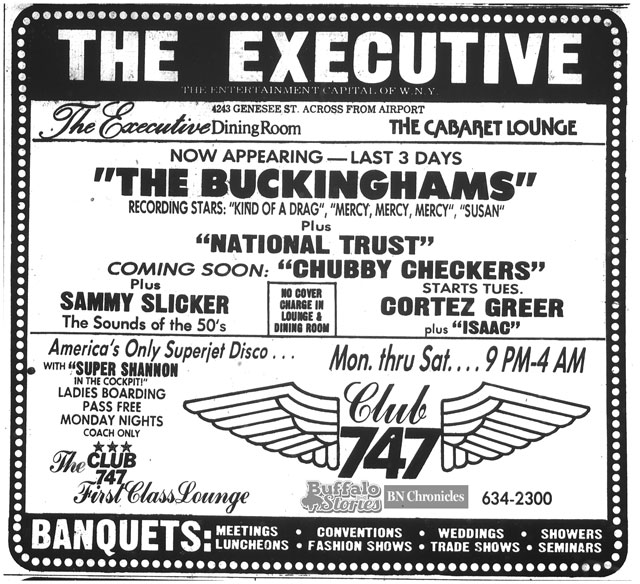 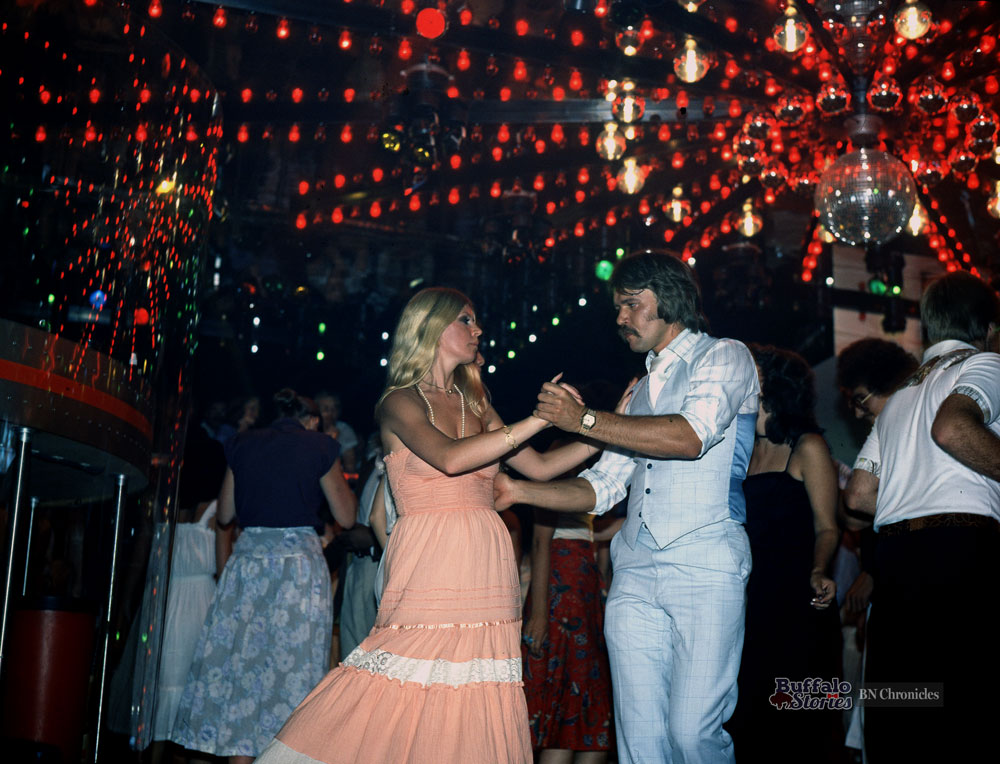 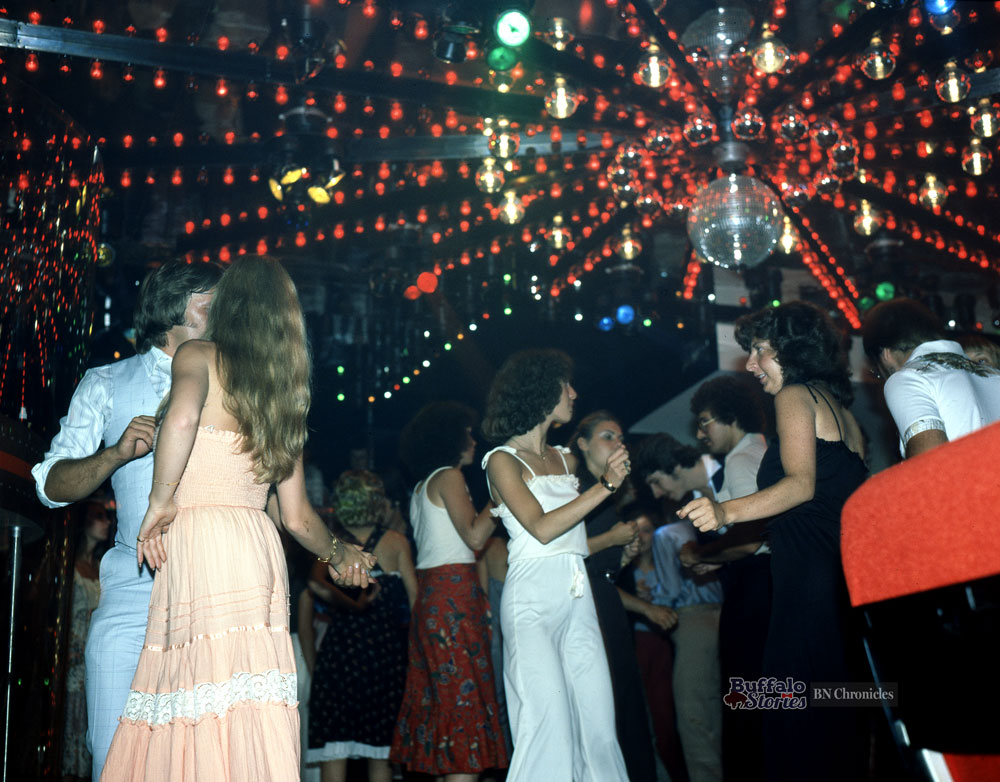 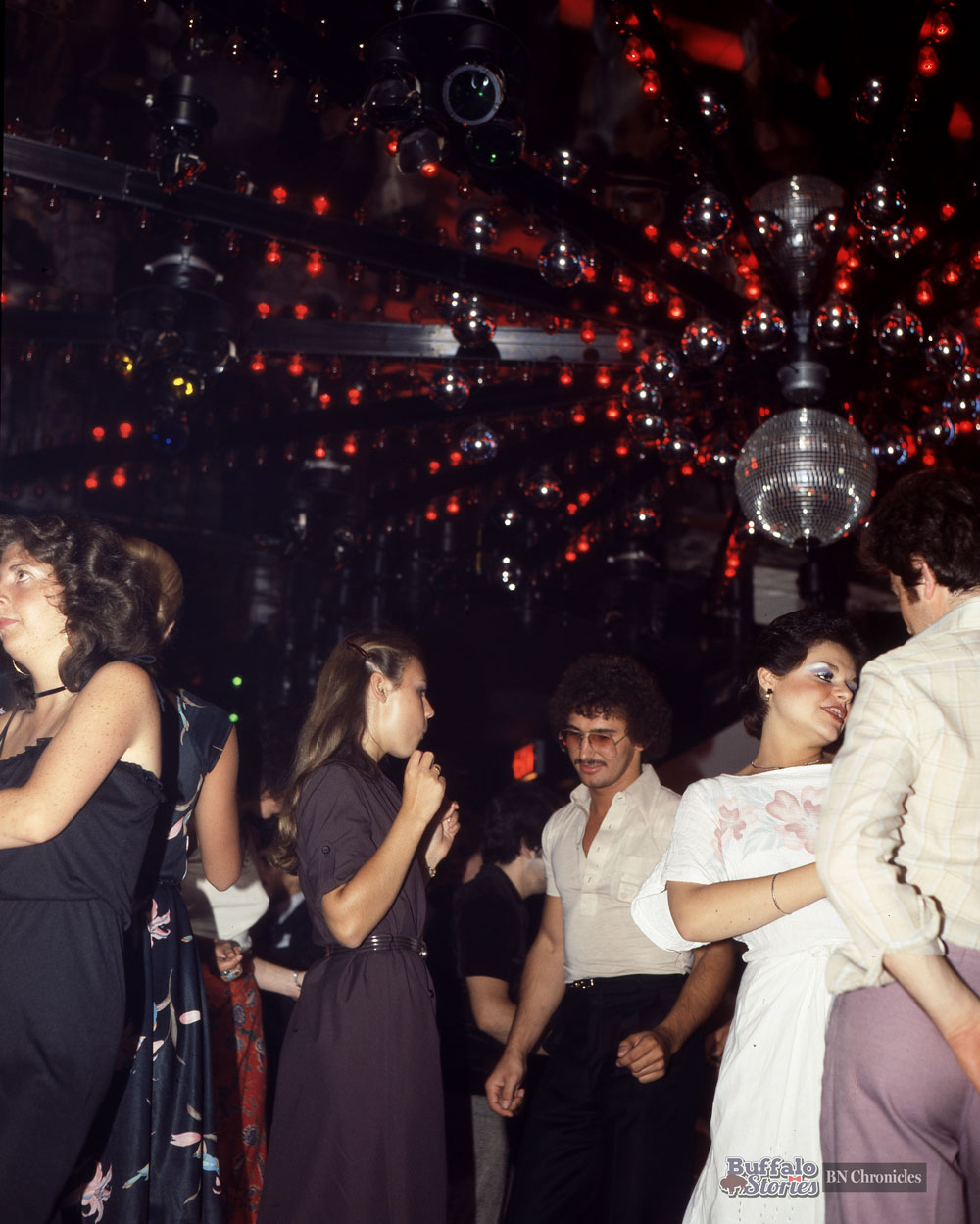 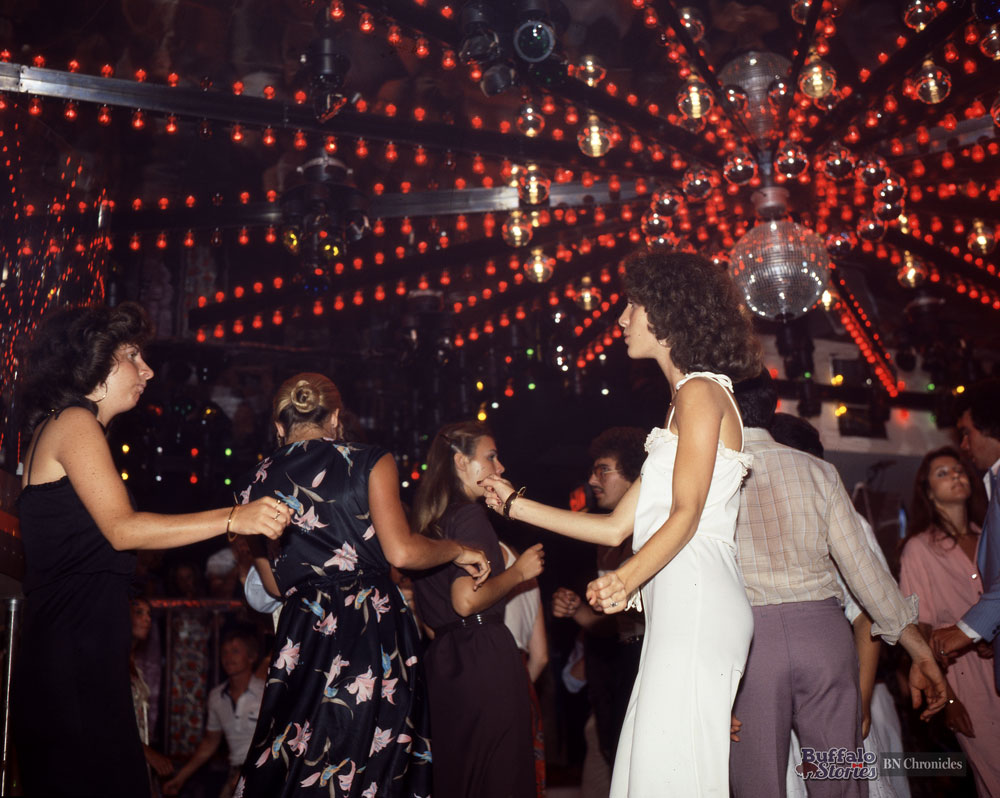 Far from the cultural touchstone it is today, 40 years ago in the News’ entertainment section, disco was only mentioned twice — but those mentions were big ones. 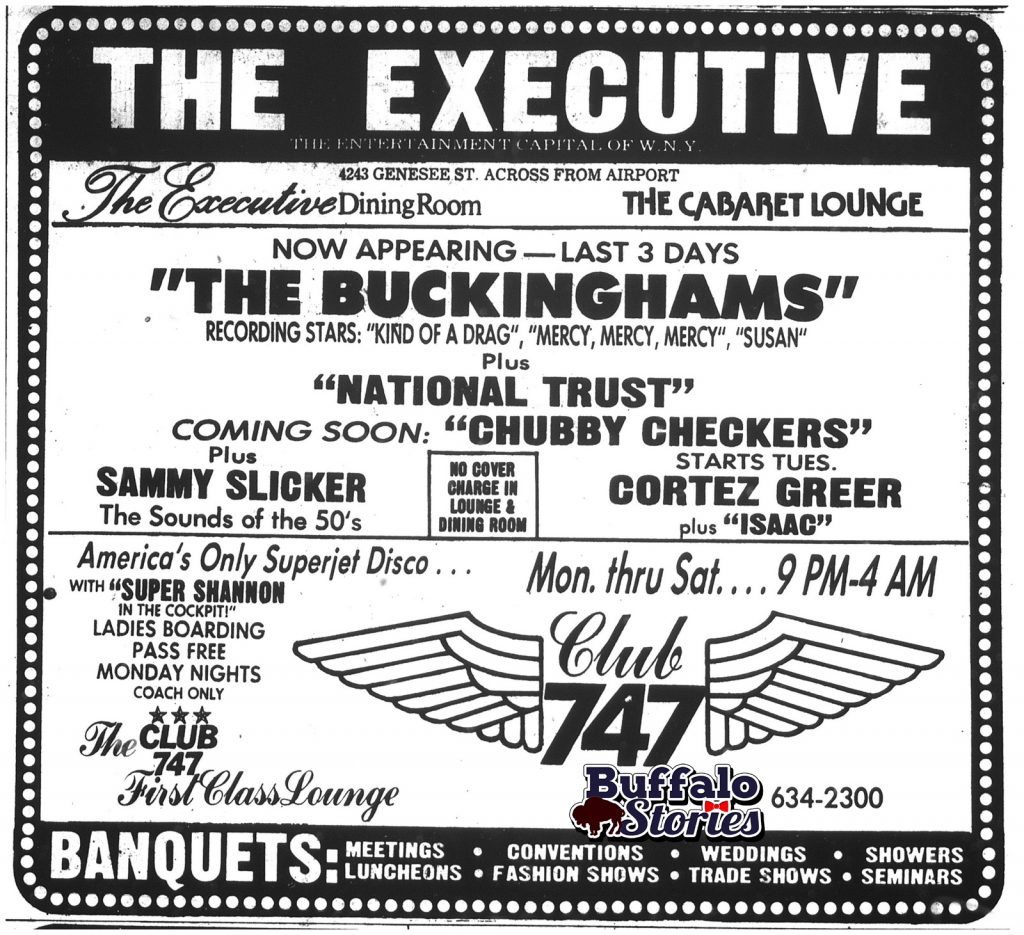 In 1975, New York City’s Studio 54 was still two years away, but Buffalo’s Club 747 was touting itself as “America’s only superjet disco.” WKBW Radio disc jockey “Super Shannon” was “in the cockpit” playing records and bringing plenty of energy to the microphone and atmosphere. 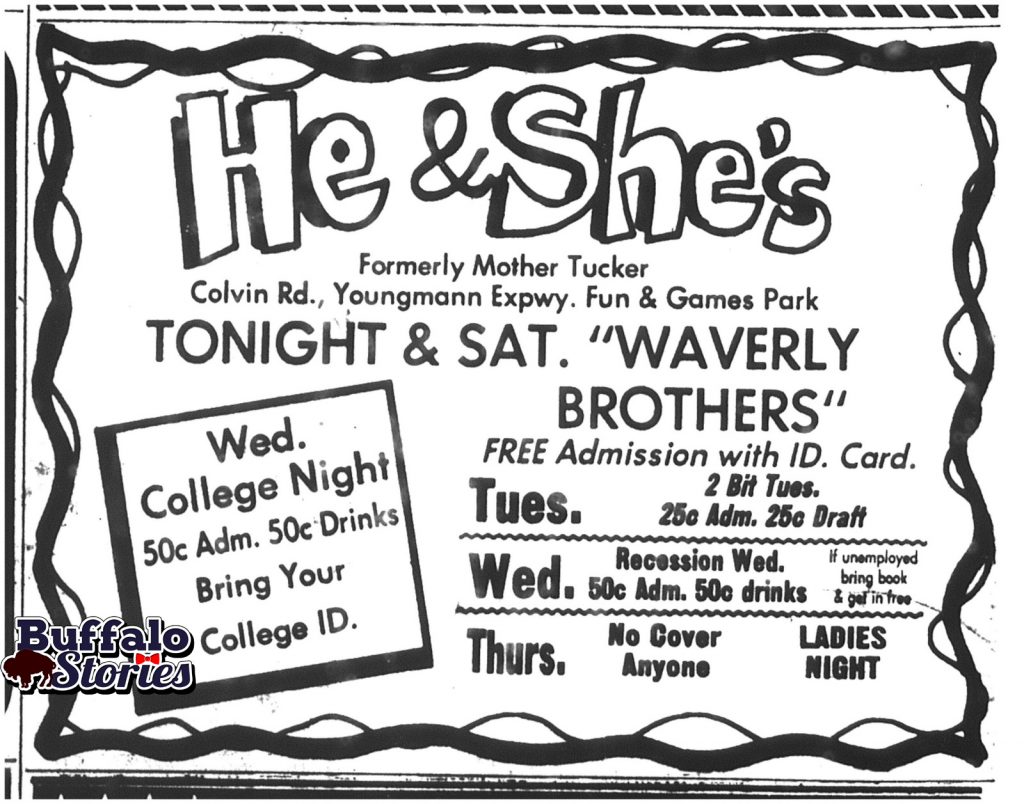 Hertel Avenue’s hotspot of the 1970s was Mulligan’s. Ads from this week in 1975 offer exquisite detail about one of the city’s hottest clubs, which was only weeks away from opening. 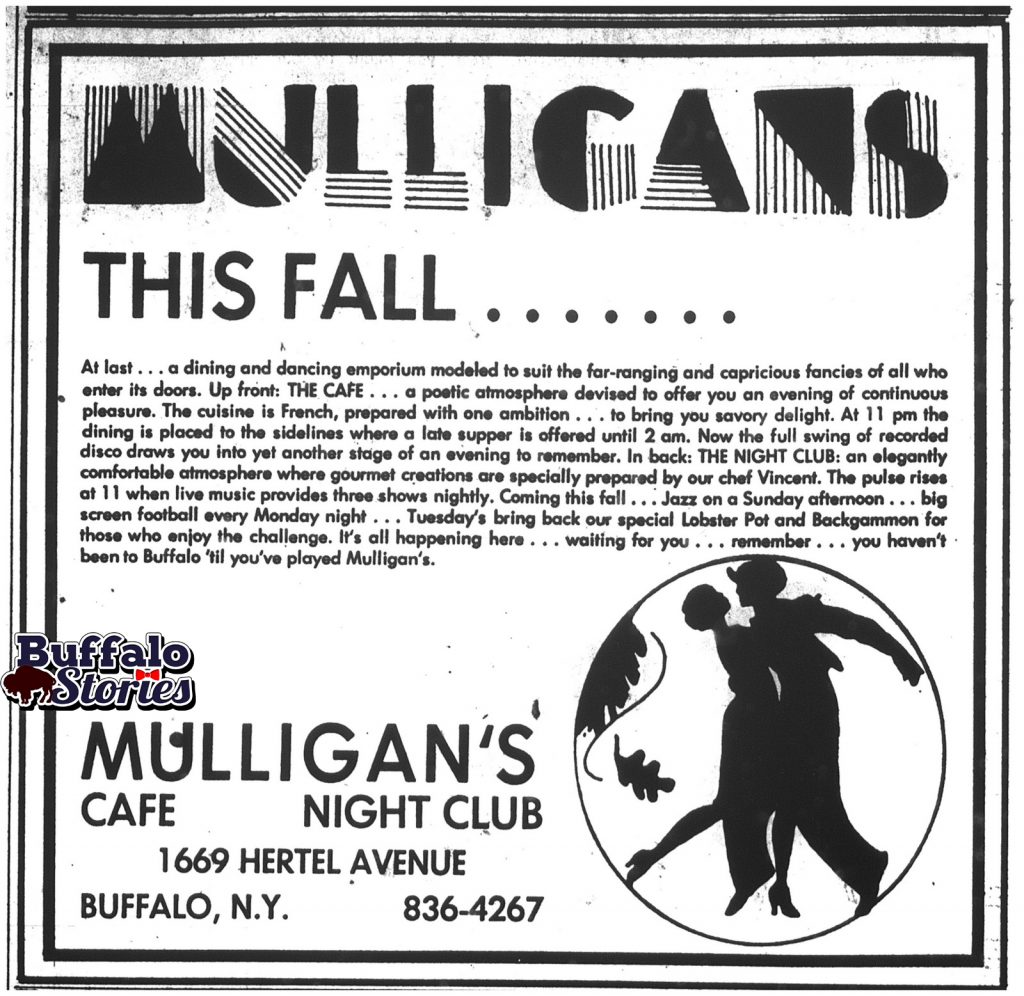 The coming of the disco era saw an overall landmark shift in the increasing popularity of dancing to recorded music in nightclubs.  Live bands were more and more often giving way to record-playing personalities in DJ booths. 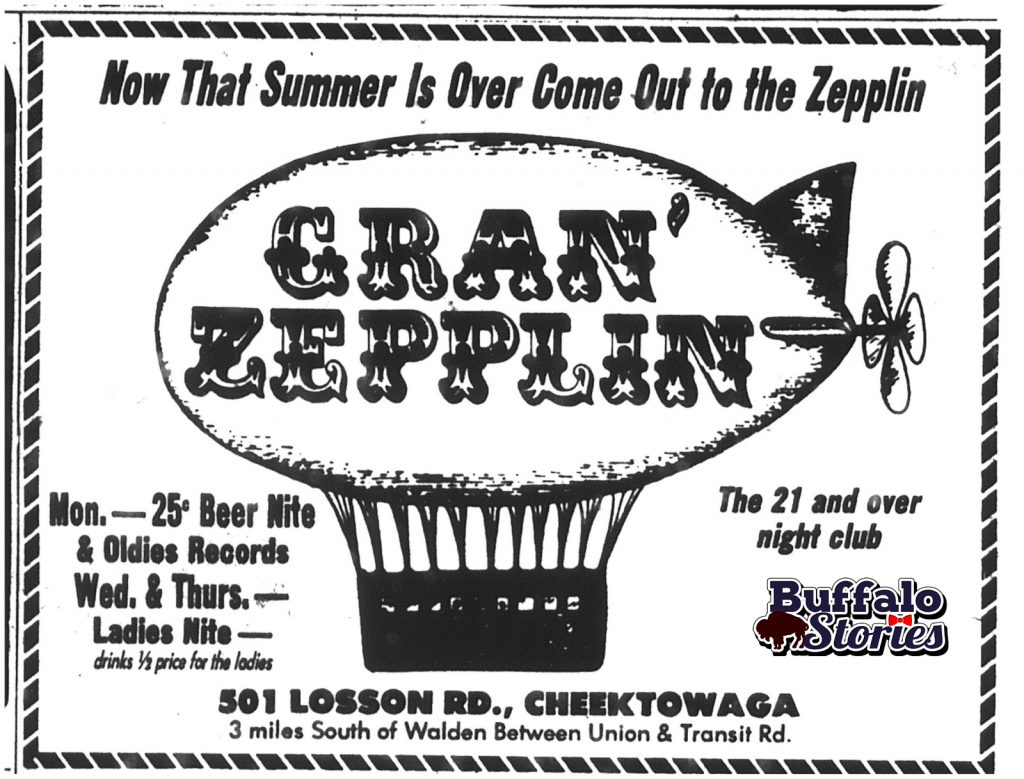 Big Bertha’s opened this week in 1975, and while promising live bands like Talas, Weekend and the Road seven nights a week, it’s clear they were also seeing the growing influence of disco, encouraging potential patrons to “Experience (their) electric dance floor!” 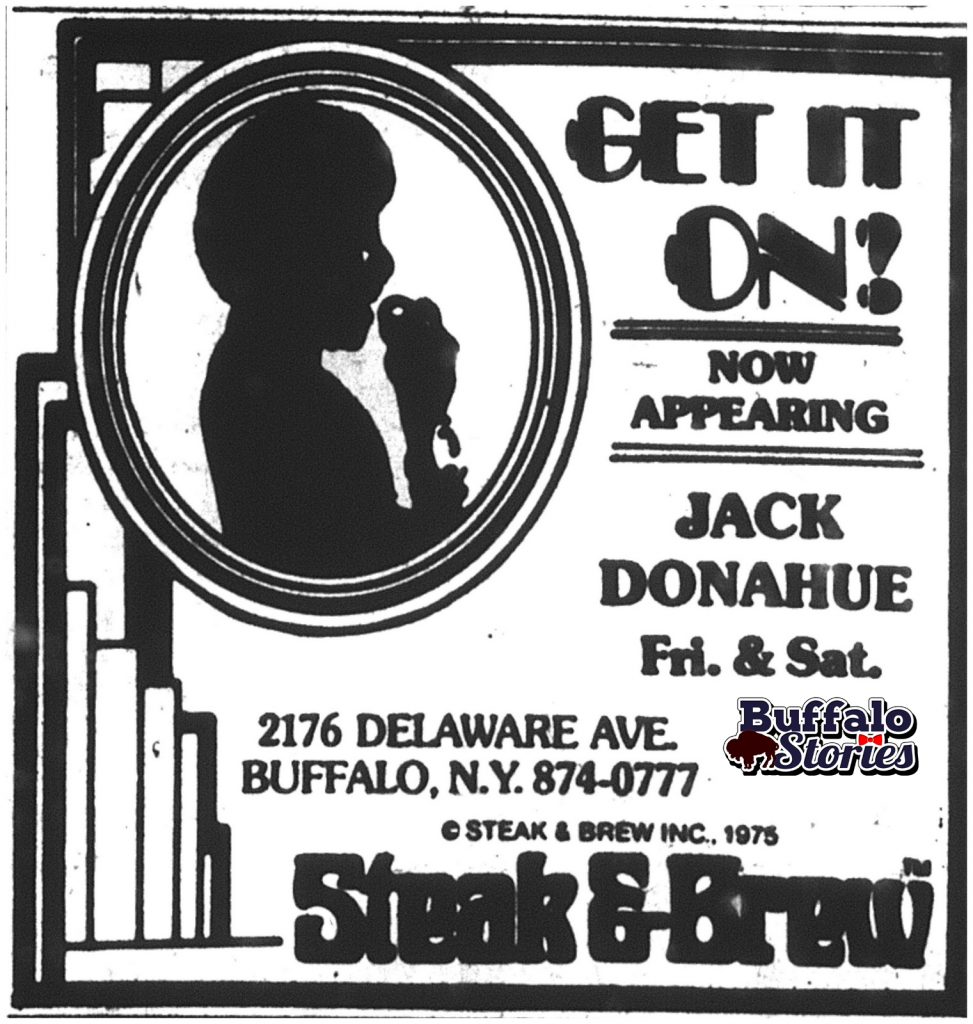 Other clubs Buffalonians visited for a good time this week 40 years ago include He & She’s, Gran Zepplin and Steak & Brew. 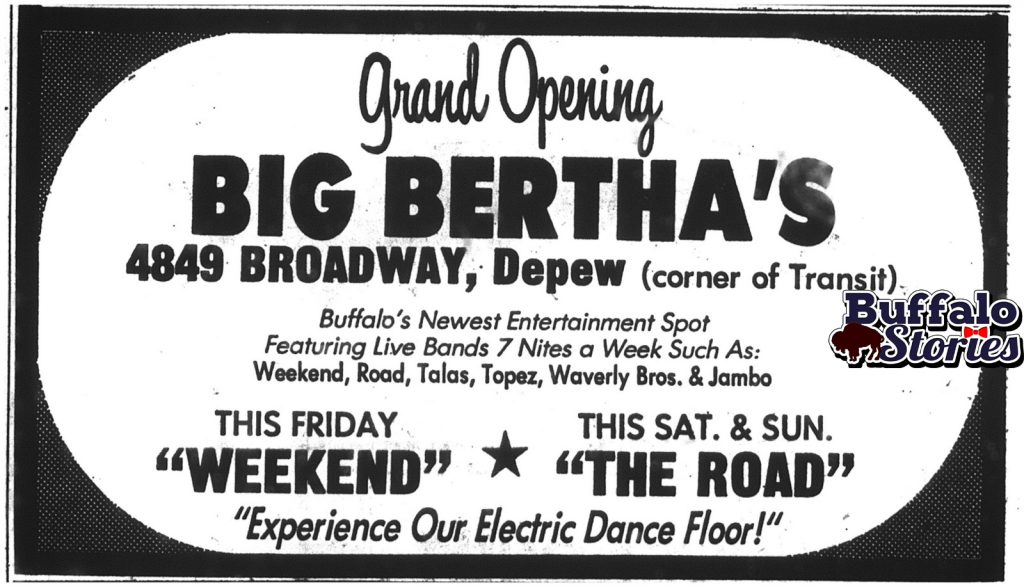