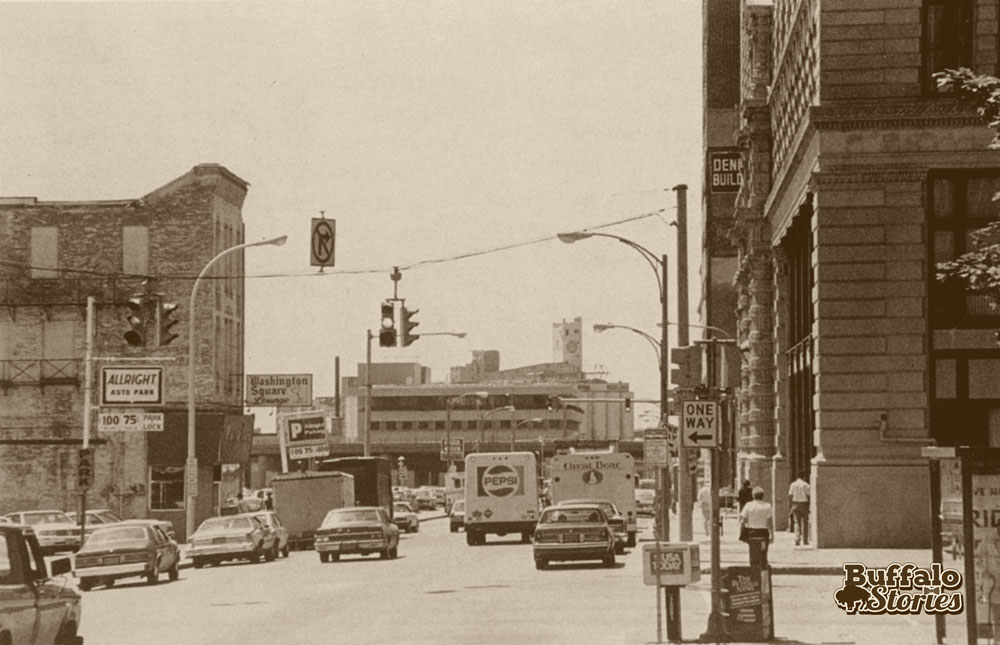 If we haven’t been personally touched by it, most of us have at least read about the fact that Buffalo, Western New York and the entire country are in the throes of an opioid addiction crisis. 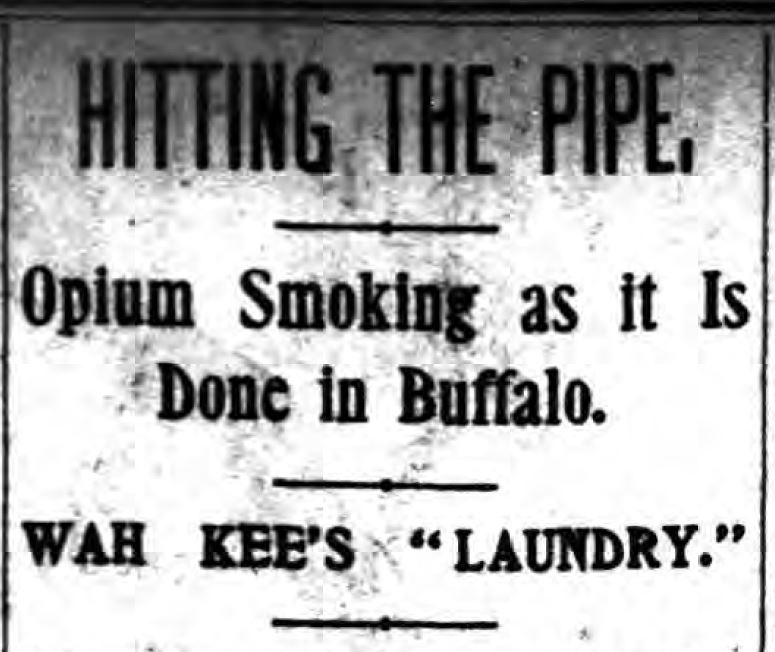 The word “opioid” is a relatively new word used to describe the synthetic versions of opiates that are used clinically as pain relievers — but are often abused like their naturally derived cousins.

Synthetic opioids include drugs like oxycodone and hydrocodone. Poppy-derived opiates include heroin and opium.

Around 1890, Buffalo was one of America’s top 10 largest cities. With that came the problems of larger cities — namely, in this instance, opium.

“Buffalo is a progressive town,” it was written in the Buffalo Courier. “The inhabitants endeavor to keep pace with the rest of the world, and a little thing like opium smoking is not to be omitted from the calendar of accomplishments.” 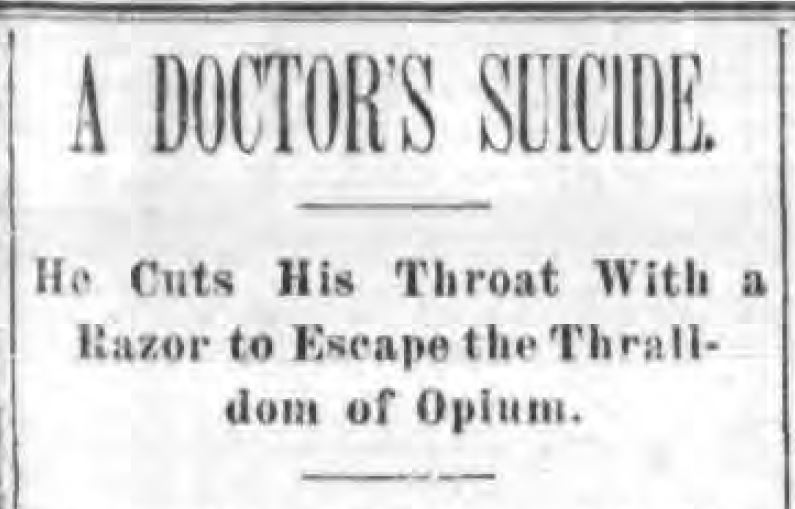 That year’s headlines were filled with average Joes succumbing to an opium habit — like the bookkeeper who’d been drinking heavily and “when taking his usual dose of opium accidentally took too much” and the doctor who slit his own throat with a razor to “escape the thralldom of opium.”  There were also arrests, like the one at the foot of Hertel Avenue, when three Chinese men were arrested after rowing over from Canada with “a considerable amount of opium.” 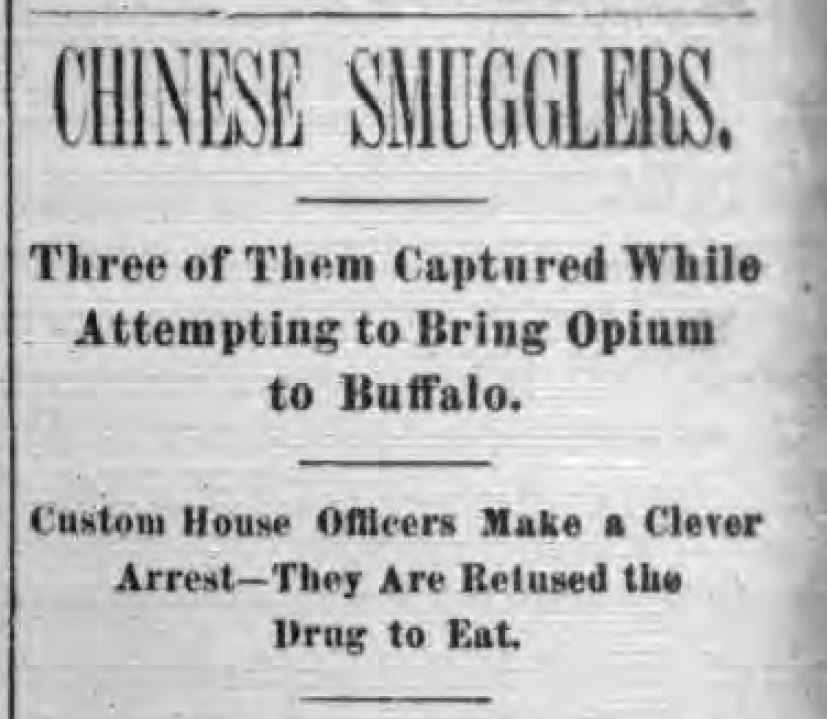 Laundryman Wong Sing was wearing a linen belt lined with 21 eggs filled with opium, along with several opium cakes and smaller vials. Wung Hai had two boxes and Mack Fung Gung had six eggs. In court, the men said each egg cost about 2 cents in China, but all they had could sell for up to $30 here. The men also asked a judge if they could take some of the opium themselves, a request denied for the addicts.

By 1895, it was known that “opium smokers can find every opportunity to indulge their appetites in Buffalo.”

One typical opium joint was in the basement of an old building at the southwest corner of Swan and Ellicott — today, that’s Coca-Cola Field. Then, it was “the principal resort for dope fiends,” where “anyone properly introduced and possessing $1 in American money may go there, smoke himself into insensibility, sleep it off, and go away.” 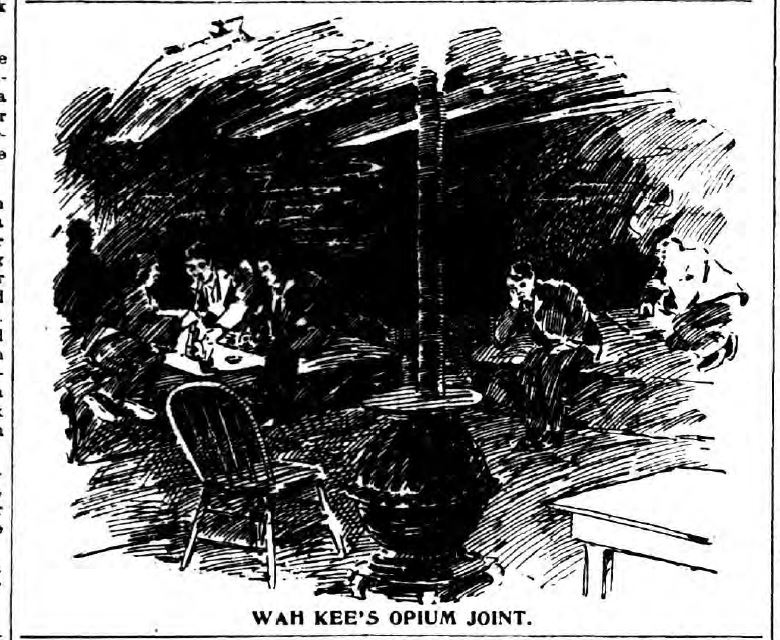 A knock at the door would bring out old Wah Kee — himself an addict — who emerged from what looked like the office of any Chinese laundry. But as described in the Courier, “when the money has been placed in the Chinaman’s clammy, shaking hand, the visitor is led back of the counter into a dark room, and thence through another passage to a doorway which admits him to the apartment devoted to the real business of the place.” 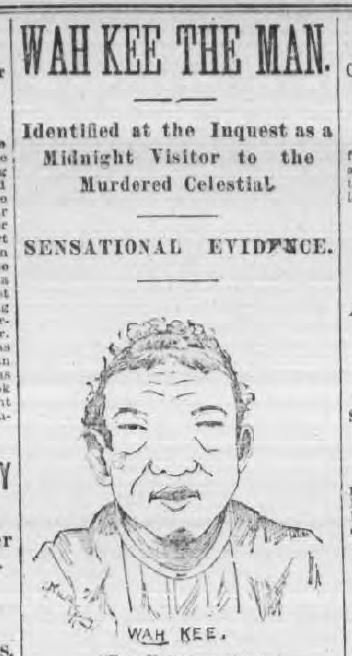 The 10×20 room was as “unattractive as filth could make it,” yet it was frequented by boys and men of all ages, and even the occasional woman.

At the corner of Michigan and William, in the neighborhood where Buffalo’s Chinese immigrants lived and worked, the laundry kept by Quong Hing was also said to be a resort for opium smokers.

A few blocks south, on the west side of Michigan and Seneca, Hop Loy kept a laundry he vehemently denied was an opium front. However, the parade of white men and intermittent white women streaming into the small frame building for several hours at a stretch told a different story.

Even out at Gardenville, at the corner of Clinton and Union, the Chinese Temple (joss house) and the nearby laundry run by Fat Wong Yen — “the most educated Mongolian in Buffalo” — were known for opium smoke wafting through the air as illicit bets were collected over the Chinese game Fan.

And while more difficult, a white man need not commingle with the Chinese for an opium fix. One addict told of his time at “a house of ill-repute” on Elm Street in the Tenderloin District, where rooms were set aside for smoking opium.

In reading through dozens of accounts of opium smoking in Buffalo in the 1890s, the papers didn’t seem to care much if the Chinese used opium — in fact, it seemed to add to the charm and mystique of the Eastern culture embedded within the writers’ own culture.

The line was drawn and the alarm raised when white men — and especially white women — seemed to be lining up in large numbers to hand their lives over to the intoxicating effects of the drug.