My Grandpa Coyle’s grandparents were all born in North America— two in Pennsylvania, one in Ontario, and one in Buffalo’s First Ward.

All but one of his great-grandparents were born in Ireland, and that one was born to Irish immigrants.

John Coyle was born in utter poverty and landowner-induced famine in County Donegal near Gweedore around 1849.

He was around 12 years old when he left his parents Paddy Coyle and Cecilia McGee Coyle in Ireland to work in the coal mines of Eastern Pennsylvania.

In 1865, when he was 16, he married Mary Dugan. She was born in the mining camps of Beaver Meadows, PA to Martin Dugan and Rose Gallagher, both of whom came to Pennsylvania from Ireland.

John and Mary Coyle followed mining jobs around Pennsylvania from Janesville near Allentown to Jermyn and Mayfield near Scranton. They had eight children, including Patrick, the oldest.

Patrick was probably born around 1869, despite later documents which say 1872. That age change probably came as he left school to work in the mines at a very young age. He married Catherine Kilker at the Sacred Heart Church in Jermyn, PA in 1892.

Catherine was born in Pennsylvania to Patrick Kilker and Bridget Herrity-Kilker. They were both born in Belmullet, County Mayo, Ireland.

Patrick and Catherine had four children, including James J. Coyle, Sr., in 1897. They lived in the City of Scranton while Patrick was a fireman in the mines.

After the death of Patrick’s parents John Coyle in 1908 and Mary Dugan Coyle in 1916, Patrick’s whole family moved to from Scranton, PA to Wilson Street on Buffalo’s East Side.

Patrick went to work for the Lackawanna (later Bethlehem) Steel Company. The family would move to Lockwood Ave. in South Buffalo, and Patrick would go to work at Maritime Milling on Hopkins St. as a stationary engineer.

James J. Coyle’s first job in Buffalo was lineman for the New York Central Railroad. Later, he was an electrician for the Bethlehem Steel plant.

He married Kathryn Slattery in 1927.

Some time before 1863, Thomas Slattery and his wife Honora Kelley Slattery made the transatlantic voyage from Ireland’s County Tipperary to Prescott, Ontario, along the St. Lawrence River, just south of Ottawa.

Their son Thomas was born in Prescott in 1864. He grew up to be a sailor and worked his way through the ranks to become a Great Lakes captain based in Buffalo.

He married Bridget Norton of Buffalo in 1894. She was the daughter of Miles Norton, a First Ward grain scooper, who emigrated to Buffalo with his wife Catherine Bowe Norton around 1868.

Bridget Norton Slattery died suddenly while her husband was on the lakes in 1915. Their daughter Kathryn was only 13 at the time.

Kathryn married James J. Coyle Sr. in 1927. The family moved around North Tonawanda, Seneca-Babcock, and South Buffalo frequently, mostly because of his alcoholism. He was a Great Lakes ship captain. After many years commanding package freighters, he was given the helm of the SS Juniata, one of the great passenger ships of the Great Lakes. 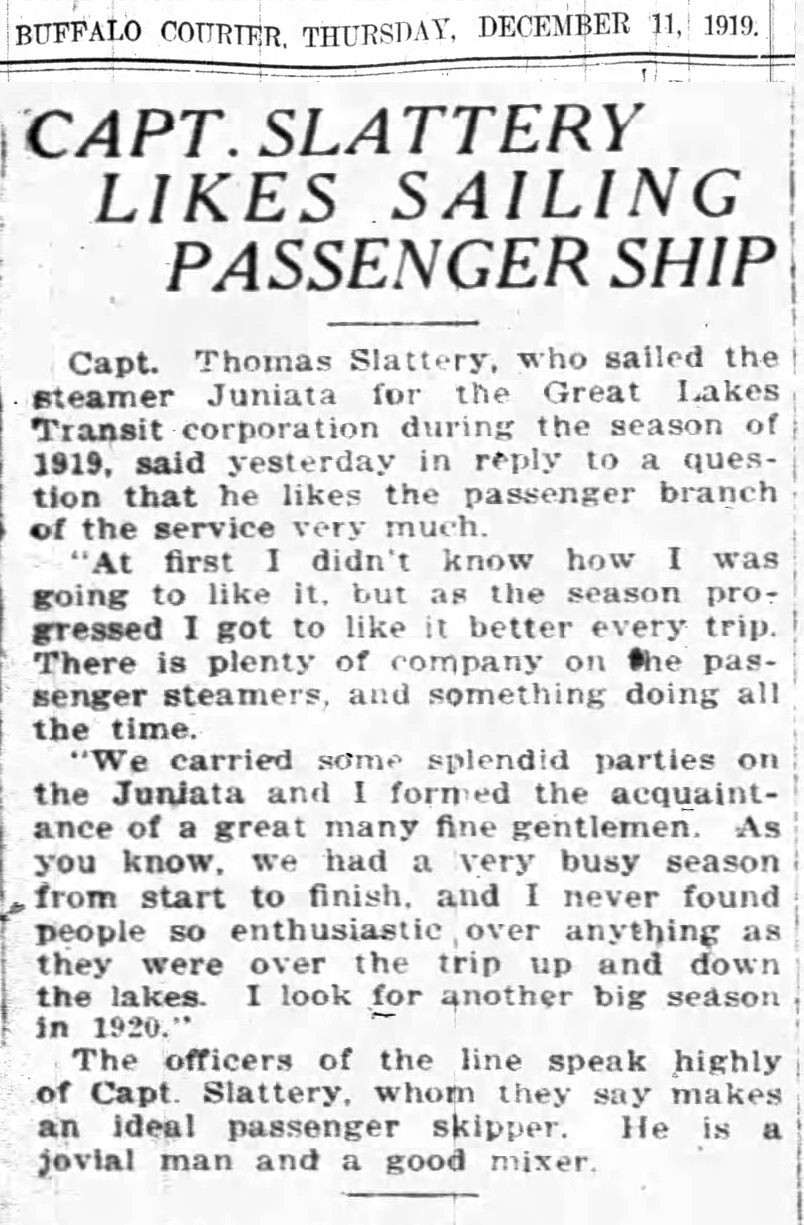 Thomas J. Slattery was born to recent Irish immigrants in Prescott, Ontario. He moved to Buffalo as a young sailor in his 20s, living first on Orlando Street and then on Indian Church Rd.

I’ve never seen the photo of him as a young man in the one article. The only photos I’ve ever seen of of him as a much older man.

Having recently spent an afternoon going through family history with my mom’s older brother, my uncle Jim Coyle, there were plenty of wonderful, flashy items.

The dog tags (and attached Miraculous medal) Great-Grandpa Wargo wore as an Aviation Metalsmith 3rd Class in the Pacific during World War II. 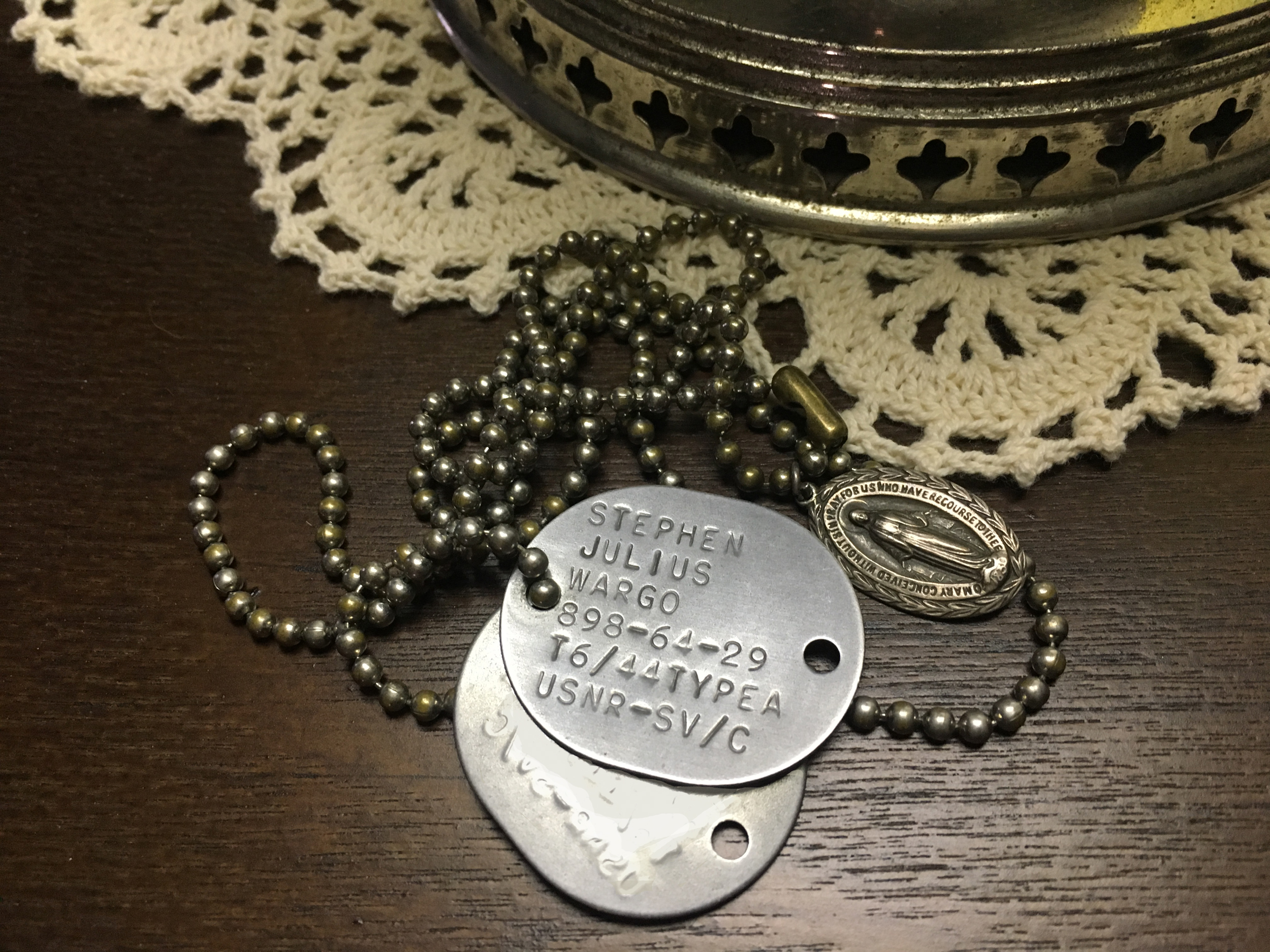 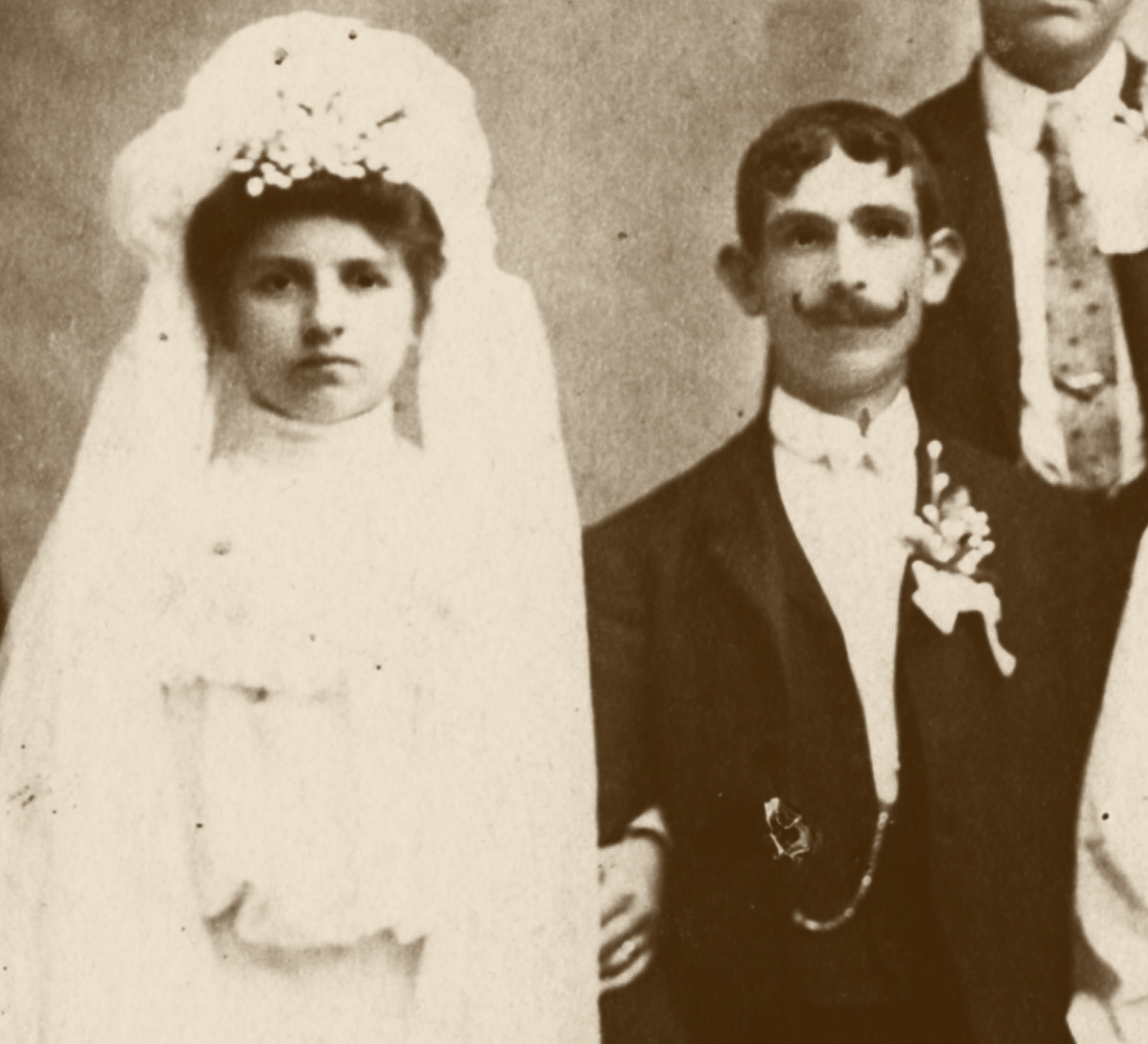 Photos of Great-Grandma Wargo’s grandparents, John Prentiss and Mary Greiner, outside their East Side Buffalo home in the 1910s. The spot is now covered by the Buffalo/Niagara Medical campus. 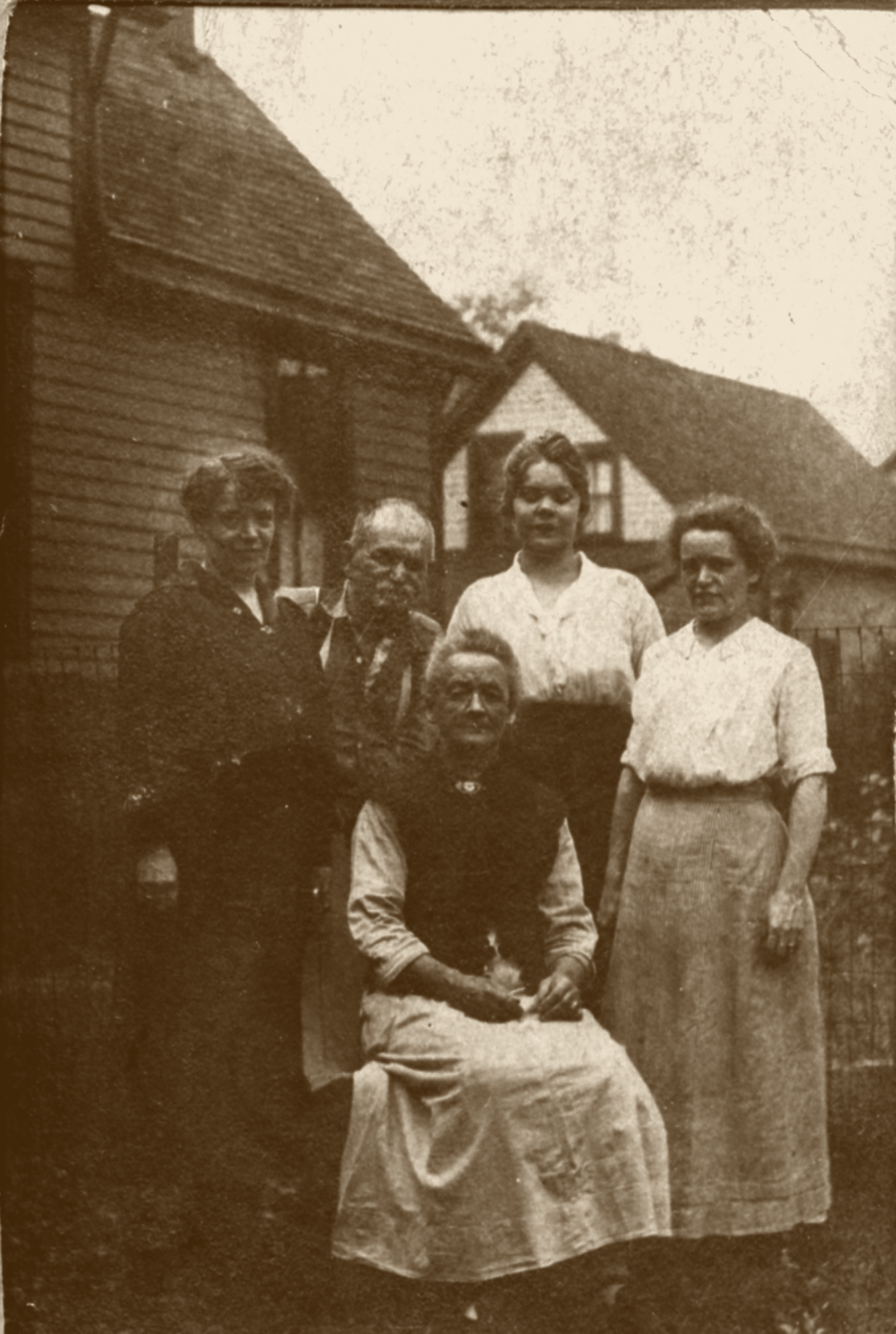 What looks to be a Kindergarten photo of my grandmother, June Wargo Coyle. It was instantly one of my favorite photos of her. 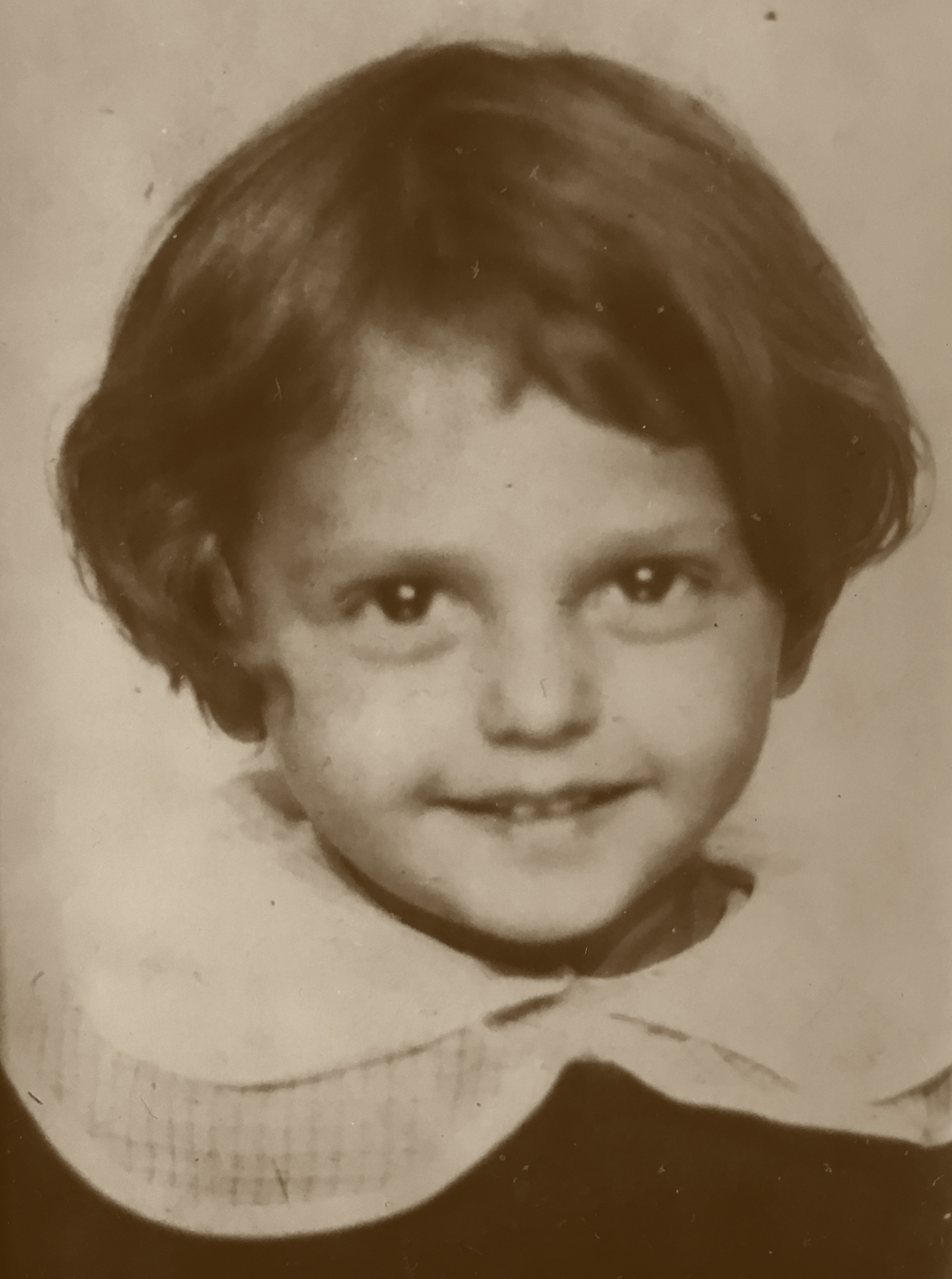 Not quite as flashy, a six-page letter, written in long hand, by an older Coyle cousin with information meant for young genealogist uncle Jim Coyle in 1971.

Mary Coyle was my great grandfather Coyle’s first cousin. She was born in 1906, and spent the early part of her life living among our ancestors and extended family in Pennsylvania coal country.

It was another Coyle cousin– Ceil Gallagher– who reached out to Mary on Jim’s behalf. Ceil lived in the Marine Drive Apartments, and the first couple of pages of Mary’s letter is the good, old fashioned kind of long hand letter that people don’t write anymore– complete with complaints about troubles with legs and invitations to come visit. “We have plenty of room,” writes Mary to Ceil. 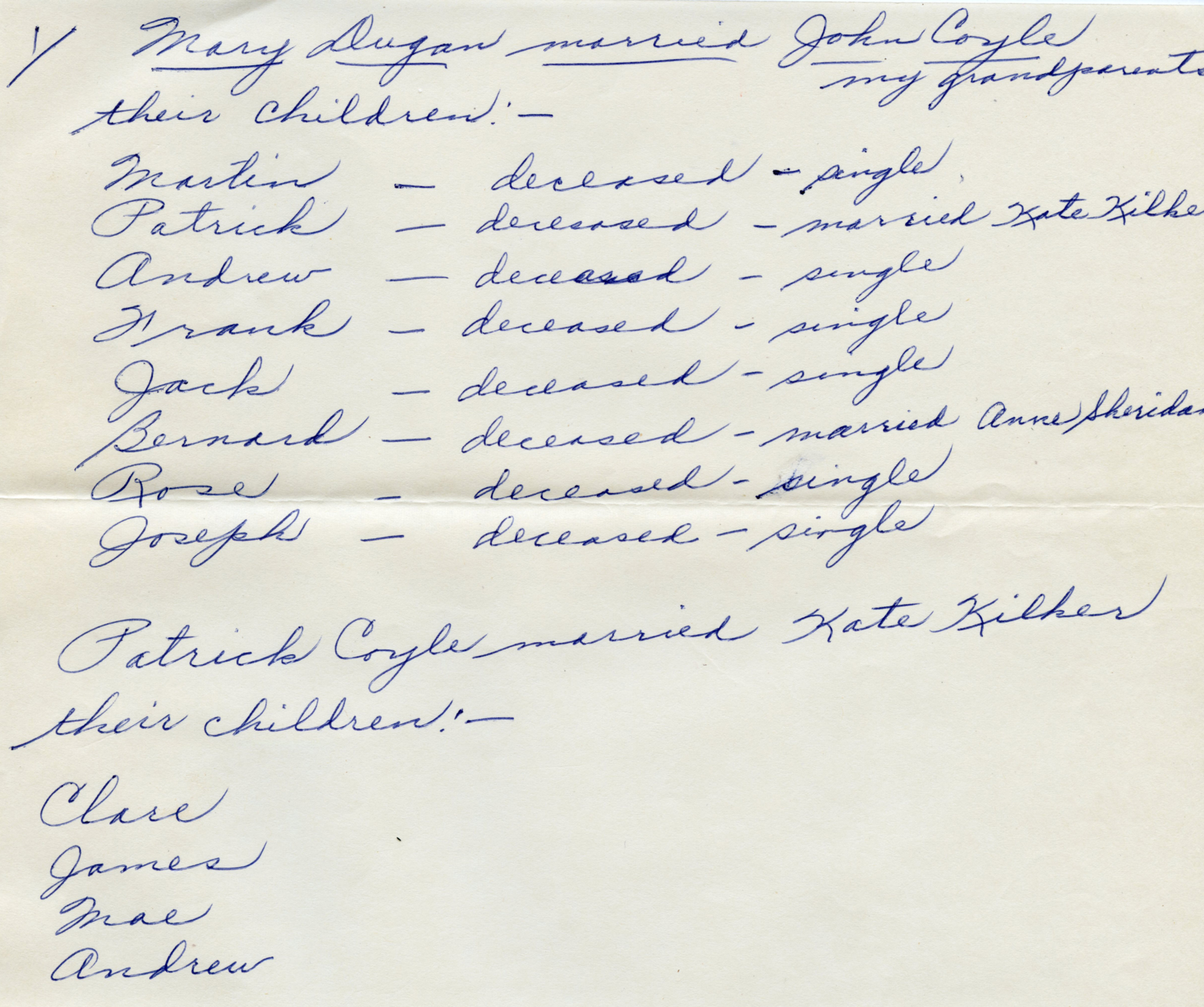 Then there are several generations of the Coyle family tree, almost certainly (and perfectly) rendered from Mary’s memory… people who would have been Grandpa Coyle’s great-aunts and great uncles and their children and grandchildren.

Good ol’Mary couldn’t have imagined it writing nearly 50 years ago, but her longhand family tree helps close the gaps with several fourth and fifth cousins with whom I share DNA according to ancestry.com’s DNA test– but with whom I could not find a common ancestor (until now.)

Her handwriting shrinks in size as she shares distant fuzzy memories of long ago trips with her dad to visit aunts and cousins. At one point she admits, “I think I am the only one who knows anything about our relations.”

John Coyle (c.1849-1908) came to Pennsylvania from Ireland around 1861 and married Mary Dugan around 1865. Those immigration and marriage years are based soley upon data in the 1900 census.) Up until Mary’s letter, the information on census reports and this death certificate are all that I’ve known about John Coyle’s history.

He came to the US at a point when records weren’t kept as well as they would be in years to come. The fact that John Coyle is a common name doesn’t help. We can’t be sure when or through where he immigrated, or where in Ireland he came from.

But once he was here, the John Coyle family lived in and around the coal towns of Carbondale, Mayfield, and Jermyn in Lackawanna County. According to the 1880 census, their son Andrew was born in New Jersey– they clearly moved a lot, to where ever the mining jobs were.

There were seven boys in the family, and those boys worked jobs in the mines just like their father– things like breaking up larger chunks of coal and leading the donkeys pulling the carts of coal. They eventually moved about an hour’s drive south to Beaver Meadows in Carbon County. Some of the family also eventually wound up in the larger cities of Scranton and Wilkes-Barre, which are in between these clusters of towns.

Mary Coyle writes what she knows about her grandfather’s sister.

In what was new information to me, Mary writes that John Coyle had a sister– who was known as Biddy, Fanny, or Frances. She married a man named Gallagher and had two kids. Margaret married Sherman Tompkins and Charles married Jennie Keating.

Searches on ancestry.com show many of Fanny/Frances Coyle-Gallagher’s descendants have traced their lineage back to her, but none have connected Fanny and John as brother and sister.

Like John, Fanny came to the US from Ireland. But she came a few years later– and already married, which makes her easier to trace.

Fanny Coyle was married to John Gallagher in Gweedore, County Donegal, on 22 Feb 1870– there were a few people who linked that information from a list at donegalgenealogy.com. The names look like other names that pop up with the Coyles– Gallaghers, McGees, Duggan, etc, which is another good sign that it’s the right place to look.

There are a few trees which mention Fanny Coyle-Gallagher, but appear to trace back the wrong Patrick Coyle as her father. Based on the dates alone, they have the wrong guy.

One ancestry.com member– Edward O’Donnell Neary– seems to have some good information from somewhere, perhaps from a family bible or other source that has been handed down. His tree has Fanny’s father as John Patrick Coyle, born 21 March 1824 in County Donegal, Ireland and died March 1894 in Dunfanaghy, County Donegal. The good news there, is he also has Fanny’s mother as Cecila McGee– the name that matches John Coyle’s Pennsylvania death certificate.

I’m reaching out to him to see where he got this information from, and to share the information that I’ve been working with. 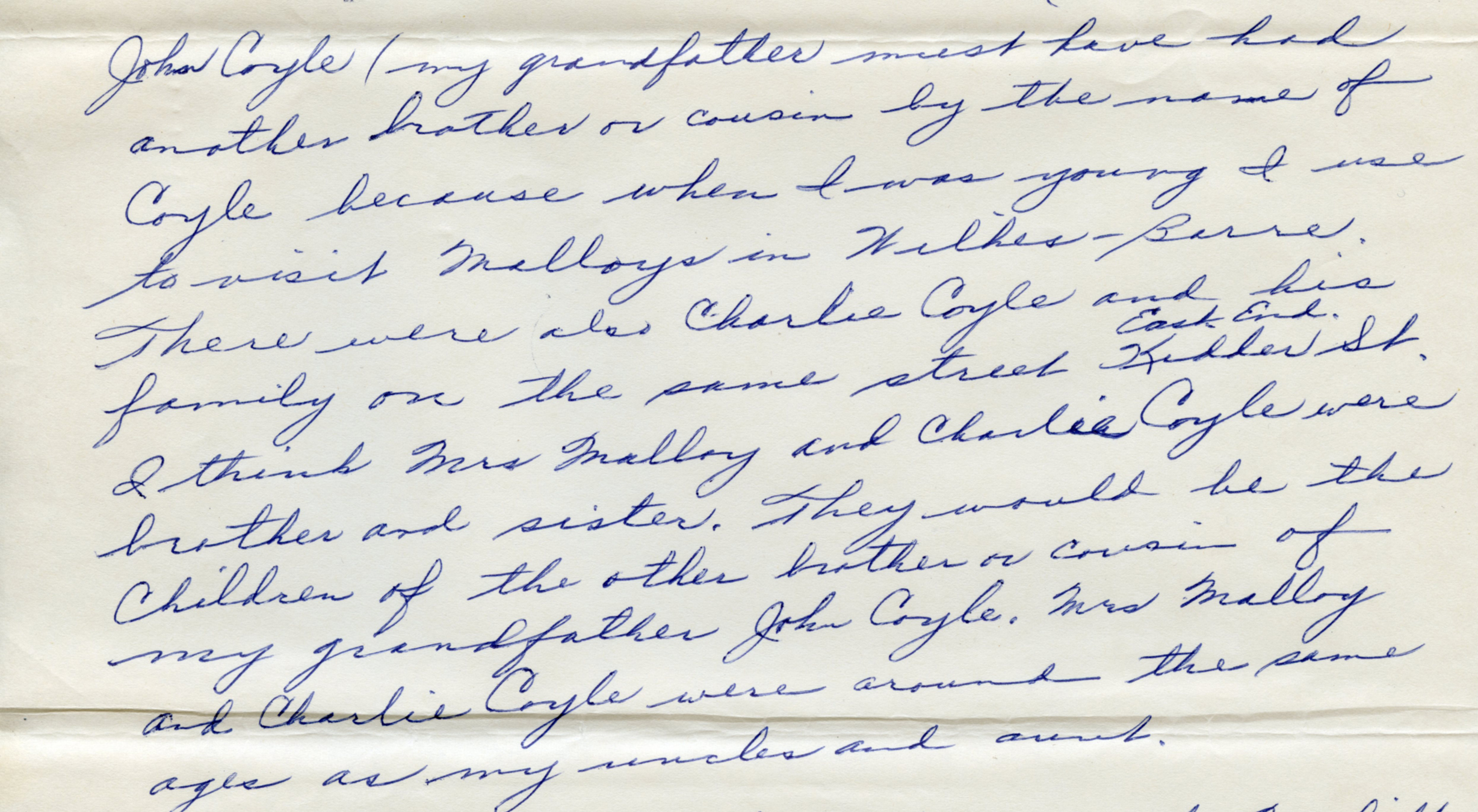 Mary goes onto explain that her grandfather John must have had another brother or cousin, because she remembers visiting Mrs. Malloy and Charlie Coyle who both lived on Kidder Street in Wilkes-Barre.

She’s right once again. Charles J. Coyle and Isabelle “Bella” Coyle-Malloy were two of the six children of Andrew Coyle and Mary O’Donnell-Coyle.

At this point, given the facts presented in Mary’s letter, it’s clear this group of Coyles is related. What isn’t clear, is how they are related. To figure that out, we’ll have to learn more about Andrew, like his death date– with the hopes of finding his death certificate, which should give his parents’ names.

Mary visited Mrs. Turnbaugh(?) in Beaver Meadows, whom she believed to be her fathers’ aunt. This is the only lead that doesn’t bear any immediate fruit. The only Turnbaugh woman of the proper age in Carbon County was born in England. This needs further research.

She also remembers visiting Celia O’Donnell and the McGees in McAdoo, PA. McGee is John Coyle’s mother’s maiden name, and there are several McGee/Coyle marriages of people in McAdoo, but no solid connections without further investigation.

One final note on ancient Coyle history came in the beginning part of the letter. For all the she remembered about John Coyle’s relatives, she didn’t know anything about his wife– my great-great Grandmother– Mary Duggan Coyle.

“It never dawned on me that I don’t know anything about my grandmother’s side. I can’t recall ever hearing anything about her, except all the neighbors used to speak of her as a wonderful person.”

Because Mary Coyle sat down and wrote a letter 50 years ago, hundreds of her cousins all over the world are closer to understanding a little more about where we’ve come from.

And that is pretty great.