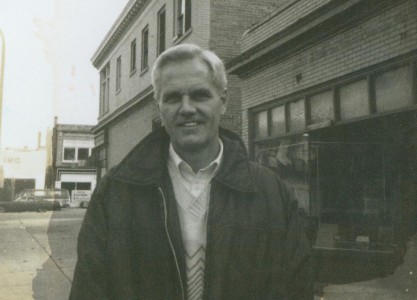 Jack Anthony is larger than life in many ways.

His physical presence is commanding. At first it’s the tall frame and broad shoulders of a man you wouldn’t want to tangle with that you notice, but then it’s the smirk and gleam in his eye that capture your attention and leave you to wonder what fun this guy’s about to get into.

And while most of us hope to leave a legacy of some sort, Jack lives among legacies too many to count. He’s hoping to add one more big one.

Having grown up in the Parkside neighborhood, Jack has been a civic leader here for parts of seven decades. A lifelong member and leader at Central Presbyterian Church, he was also a co-founder of the Parkside Community Association 49 years ago. The reason for that first meeting in his parents living room was the invasion of unethical real estate people whispering that ‘blacks are moving in and it’s time to sell.’

Jack stood up to say ‘yes they are, and welcome.’ It wasn’t a popular notion in 1963, but it gained steam, and helped save the neighborhood we love today from being overrun by those sales people only looking to make a fast buck by buying low and selling high at any cost.

His most recent neighborhood effort was at the forefront of getting The People’s Park up and running, where dozens enjoy a nice break next to the TriMain Building on Main Street. 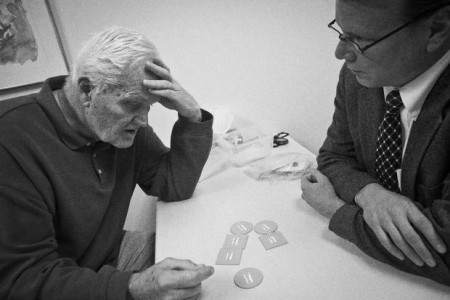 Jack’s also a family man, with second and third generations of his big mixed clan involved in the affairs of the neighborhood. Spending decades as a Buffalo school teacher, he spread a message of being good to one another to a couple generations of kids.

But even with all those accomplishments and legacies, the biggest impact came as the Director of Cradle Beach camp. Jack gave his summers for decades so thousands of kids who may not have had much else to look forward to had not only some fun, but maybe walked or wheeled away with a slightly different outlook.

After a life of service to others, Jack is spending more time this days trying to keep his own brain going properly. He suffers from Lewy Body Dementia, as you may have seen when his photo (right) was featured in the Buffalo News a little bit ago.

Even as dementia slowly steals away the mind of the man who has spent a lifetime giving so much, he’s working on the biggest plan yet, and hoping to raise $125,000 to build the Jack Anthony pavilion at Cradle Beach Camp, so that he might continue to help future generations of campers once he’s no longer able to be there physically.

Many of you know Jack, and will want to help. Even if you don’t know Jack, and have enjoyed a Parkside Tour of Homes, Chili Cookoff, Halloween Party, or even a nice walk through our beautiful neighborhood, you owe Jack. Please consider a donation to help this great man and man of the people fulfill another selfless wish–