Long before Dyngus Day was the celebration of Buffalo culture it has become over the last decade, it was, as most know, a day of celebration and fast breaking in the Polish community.

My grandfather, Edward Cichon, was the seventh of ten kids born to Polish immigrants who lived in Buffalo’s Valley neighborhood (nestled between South Buffalo, The First Ward, and The Hydraulics.)

His memories of Easter and Dyngus Day went back more than 70 years when I interviewed him for a news story back in 2006. He’s giving us a first-hand account of Dyngus Day in Buffalo in the ’20s & ’30s.

Born in 1926, Gramps grew up on Fulton Street near Smith on a street that was, at that time, half Irish and half Polish. Most of the men on the street, including my great-grandfather and eventually Gramps himself, worked at the National Aniline chemical plant down the street.

On Dyngus Day, he’d go behind his house along the tracks of the Erie Railroad—the 190 runs there now—and grab some pussy willows to take part in the Dyngus Day tradition of swatting at girls on their heels, who’d in turn throw water at the boys.

For Easter, Babcia would cook all the Polish delicacies like golabki, pierogi, and kielbasi.

The sausage, Gramps explained, was all homemade. “Pa” (as gramps always called his father) would get two pigs, and they’d smoke them right in the backyard on Fulton Street. The whole family would work on making sausage at the big kitchen table, and then hang the kielbasa out back—but they’d also butcher hams and other cuts of meat as well.

While he was in the frame of mind, I asked him about the Broadway Market, too. In the late ‘20s, His mother would wheel him the two miles over to the market in a wagon, and park him next to the horses while she shopped for food and across the street at Sattler’s.

Reading these stories is great, but listening to Gramps tell them is the best. 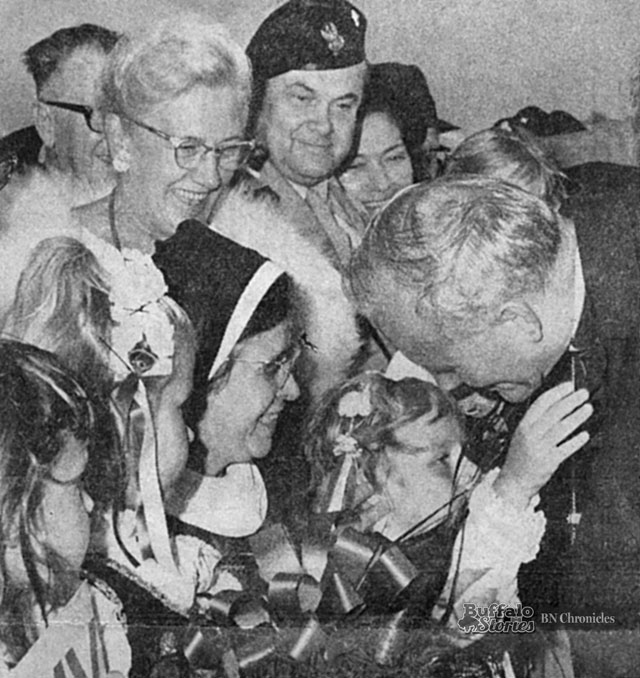 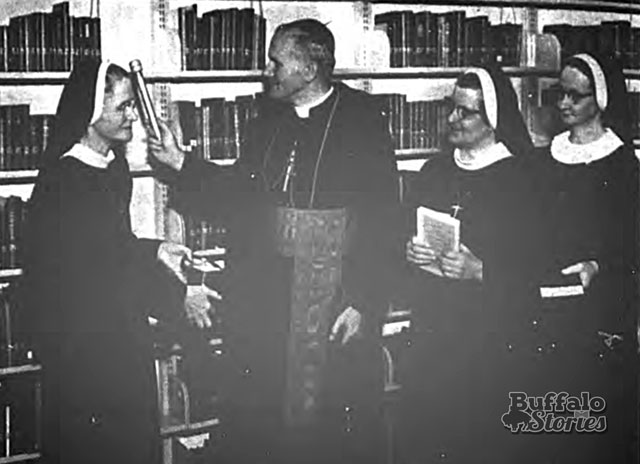 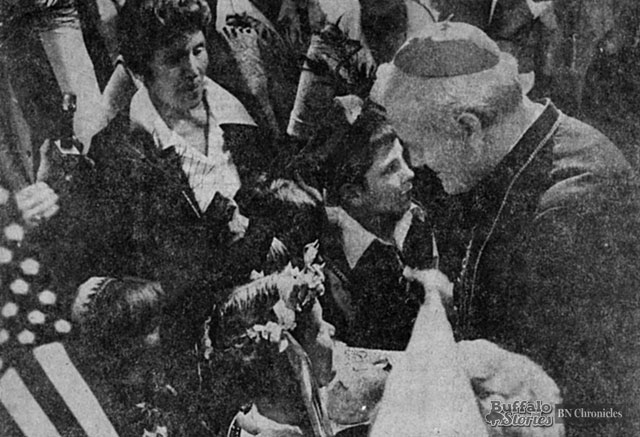 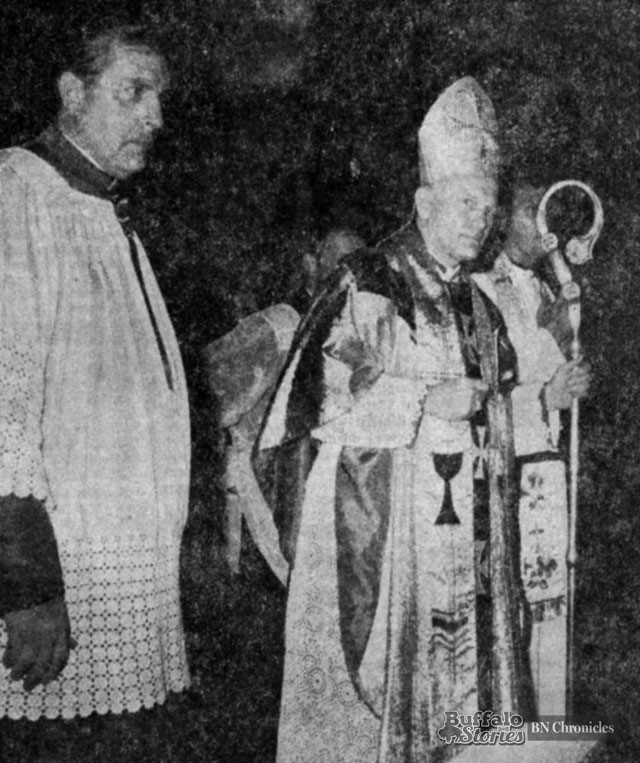 BUFFALO, NY- I have had dozens of people ask me what to do and where to go to make the most of Dyngus Day… So I collaborated with a few Polish princes, and came up with a pretty good list of ideas to get your dupa dyngusing:

NOON: Join me as I emcee the kielbasa contest at the Broadway Market…. If you are looking for other family friendly activities, try the Kid’s Smingus Dyngus Day Party at St. Casimir’s Church Social Hall (1388 Clinton Street) or attending Dyngus Day Mass at Corpus Christi Church (199 Clark Street). No kids? Begin Polish tavern hoping in the Polonia District with a stop at the famed R&L Lounge (23 Mills Street) where you can grab a plate of pierogi and a bottle of Polish beer…or Genny Cream Ale!

PRE-PARADE (3-5p): Head back to the Polonia District, park at the Broadway Market and hit the pre-parade parties at Corpus Christ Athletic Club (165 Sears Street), the Adam Mickiewicz Library (612 Fillmore Ave.) or the Pussy Willow Park Party Tent (Memorial Drive @ Peckham Street). Make sure while you’re there, you head over to the St Mark concession area, and pick up a sausage and support a great parish school. You might also want to stop by the Polish Cadets (927 Grant Street) in Black Rock which will feature live polka music in its legendary upstairs hall.

DYNGUS DAY PARADE (5p): The highlight of the Dyngus Day Buffalo experience. Best places to watch the parade are in front of any Dyngus Day Party venue. For a family friendly spot, grab a curb near the Broadway Market or St. Stanislaus Church on Fillmore. The rowdiest and wettest location to experience the parade is near Arty’s Grill on Peckham Street across from the Pussy Willow Park Party Tent. For a full parade map visit DyngusDay.com

DYNGUS DAY FINALE: (8p): If you never experienced Dyngus Day with the band Those Idiots, than you NEVER experienced Dyngus Day in Buffalo. This year the band will be the headlining act at the Pussy Willow Park Party Tent in the Polonia District. After the Those Idiots Show, stop at the G&T Inn (58 Memorial Drive) to hear Geno, the World’s Only Polka Singing Bartender

DON’T LET THE PARTY END: (10p-3a): Come back to where we began in the morning. The Polish Villa 2 features live polka music with the Piakowski Brothers at 10pm. Historically, the party ends earlyTuesday morning as musicians who have played all day end up at the Villa to finally unwind. It’s a who’s who of polka greats with the occasional jam session breaking out.

Of course– keep Dyngus Day safe and select someone as a designated driver.