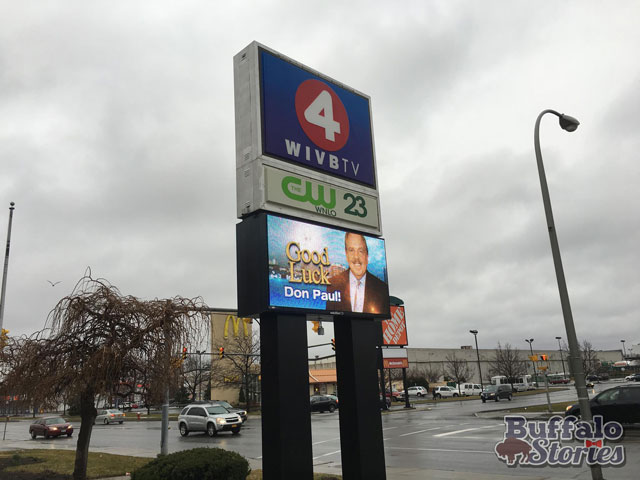 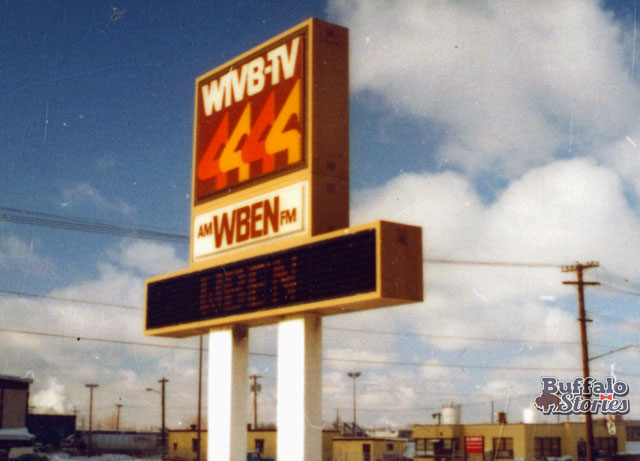 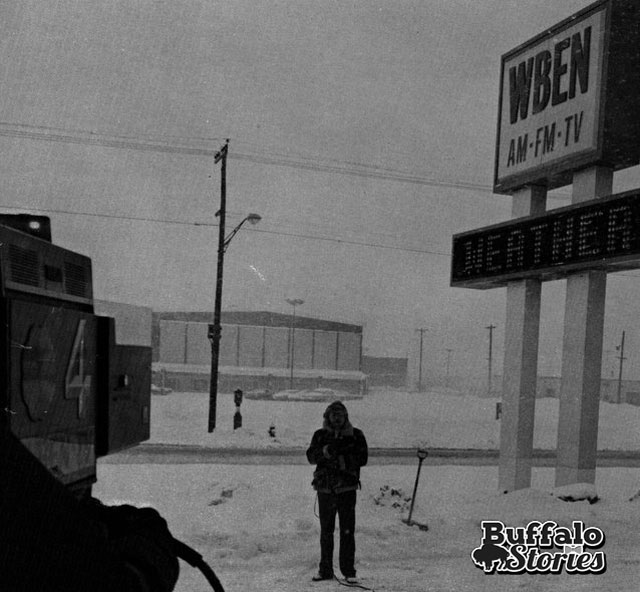 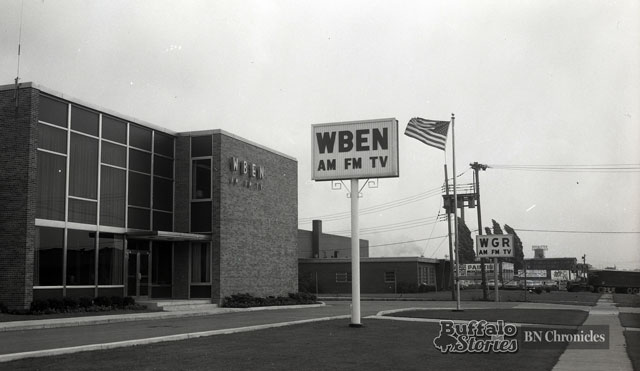 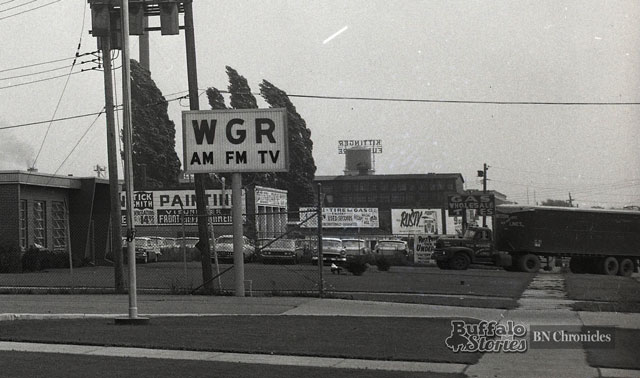 During the first decades of the 20th century, the Elmwood Music Hall was Buffalo’s top convention, speech-making, and musical concert space. It was also a popular site for sporting events like boxing and high school basketball. 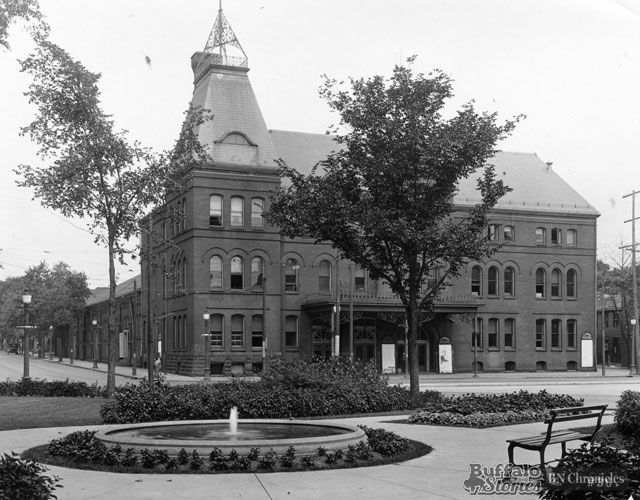 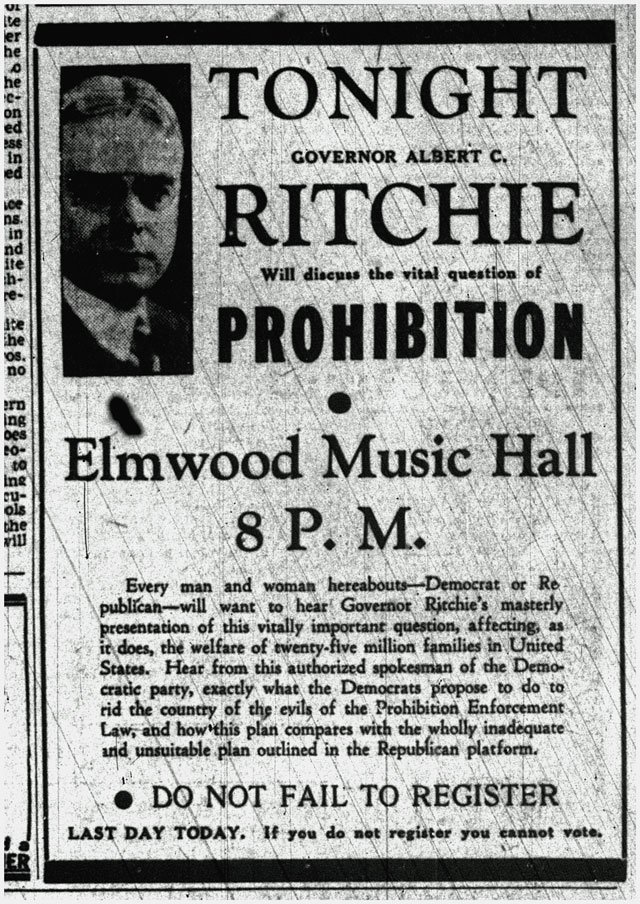 Originally built as an armory, the building left much to be desired as an event venue. During one 1936 address meant for all of Buffalo’s WPA workers, little was heard other than a series of “blasts, snorts, rasps and gurgles” because of the hall’s “abominable acoustics.”

Regardless, for two generations, the place always had something going on, whether it was Boy Scouts, suffragettes, prohibitionists, or speeches from a long line of presidential candidates and New York governors — including both Presidents Roosevelt.

Beyond the bad acoustics, the hall also had structural issues. The building was deemed unsafe, condemned, and torn down in 1938. Two federal government-sponsored, Depression-era projects helped replace the building at Elmwood and Virginia where Family Dollar now sits — both Memorial Auditorium and Kleinhans Music Hall opened in 1940.

In July of 1981, this Elmwood Avenue Twin Fair store — located next to the Channel 4 studios where Tops now stands — was one of 16 Twin Fair locations up for sale around Western New York as West Seneca-based Twin Fair Inc. looked to pay off debts. Eight Hens & Kelly locations, owned by the Twin Fair parent company, also were put up for sale. 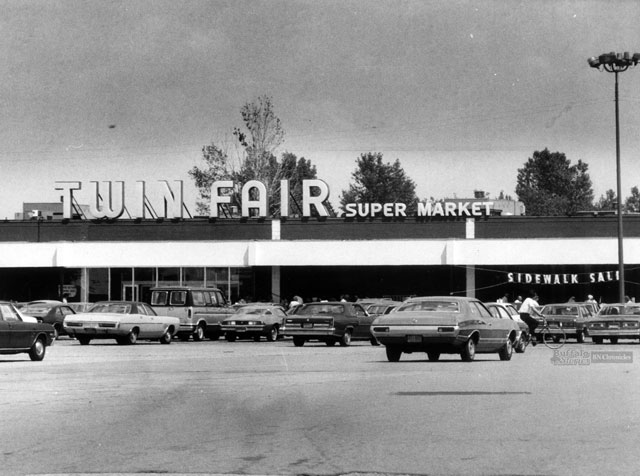 Hens & Kelly locations closed the following year, while Twin Fair was bought by Federated Department Stores. Many of the Twin Fair locations then became Gold Circle stores, before they were sold off in 1988.

In 1991, this particular Twin Fair/Gold Circle building gave way for what was billed as a “Tops Super Center,” replacing a smaller Tops Market on Kenmore Avenue at Grove. That location became a Vix Pharmacy, and is now a Price Rite market.

A new shopping plaza on Elmwood Avenue brought the ease of modern supermarket shopping to the families of that part of 1960s Buffalo — and shoppers have been on a ride ever since. 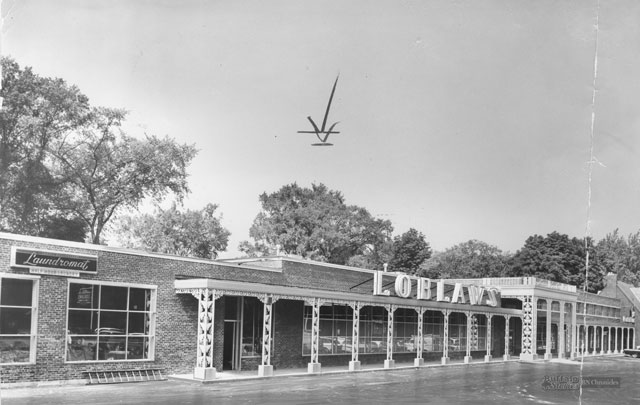 Now a Price Rite Market, the store first opened as Loblaws in 1961. It became Bells in the 1970s, then Quality Markets when the Bells chain was sold in 1993. Quality closed 10 years later, and Latina’s opened and closed within a decade. Price Rite opened there in 2008.

Buffalo Police were searching for the mother of a baby abandoned in a hat box near Elmwood and North 110 years ago this week: 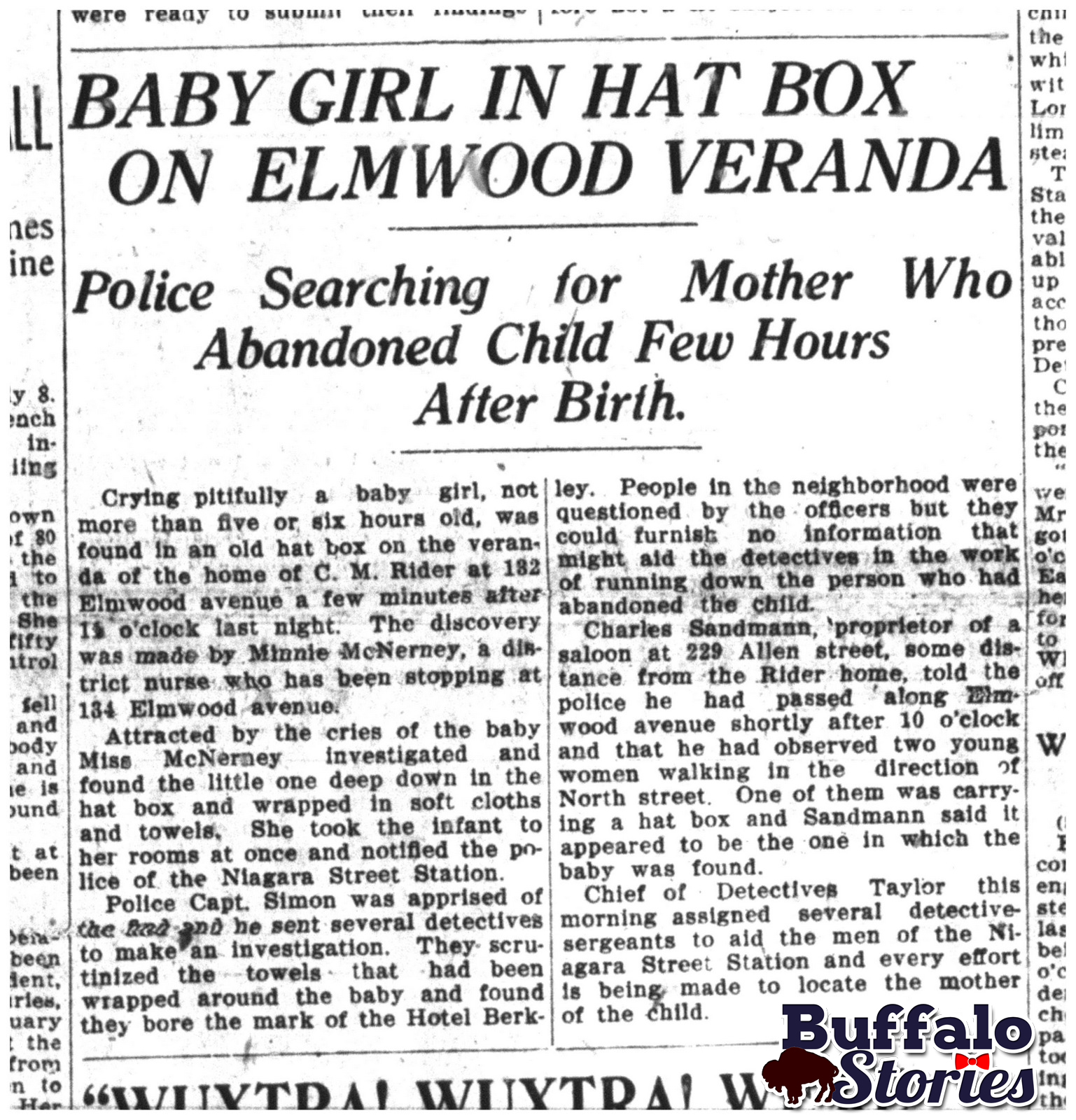 In 1901, there were few things more important to the economies and livelihoods of the Caribbean and parts of Central America than the export of rum. It would stand to reason, then, that when all of the Western Hemisphere’s countries got together in Buffalo for the 1901 Pan-American Exposition, that rum would be a showcased product… and it was.

Cuba had as many as 13 different rum (ron, in Spanish) exhibitors, including one still famous gold medal winner– Bacardi & Sons of Santiago. The gold medal showing in Buffalo was one of the primary forces in launching Bacardi to international renoun.

Both Mexico and Cuba had their own large buildings at the Pan Am, and both had large displays for liquors and rums.

This map shows the Pan Am grounds between Elmwood and Delaware as they looked in 1901. If you were to try to find the site of the Mexican building today (marked M on the map), you’d look near Great Arrow Street towards the back of the old Pierce-Arrow complex. The Cuban building (marked C) was probably in the vicinity of where the Statue of David now stands near the Scajaquada Expressway.

Today, The Black Squirrel Distillery stands near the West Amherst gate on the old 1901 map, about where the hospital was during the Expo, right between Mexico and Cuba.

For more than half a century, the address was a drive-in restaurant and sandwich shop known by names like “Daddy Don’s Drive-In” and “Karen’s Restaurant.” Today, 1595 Elmwood Avenue is home to the copper still where Black Squirrel craft rum begins it’s life in small batches, bringing a bit of the Pan-Am back as the City of Light seems to be finding new light in new places these days.

And while most of Buffalo seems happy with having Black Squirrel in the neighborhood, it might not have been the case for the rum makers here in 1901… especially when the infamous Carrie Nation was in town.

“The Hatchetwoman from Kansas,” best remembered as the temperance champion who was arrested several times for smashing apart liquor bottles– and entire saloons– with her hatchet, told Buffalo reporters on one of her two trips to the Expo that “all rum sellers should be electrocuted and their shops destroyed.”

The best part is, she likely said those words as she boarded a streetcar downtown  to catch her train out of Buffalo… on the tracks directly across Elmwood Avenue from what is now Black Squirrel Distillery.