“The Lone Ranger,” the first of many national radio serials with a Western flavor, was first broadcast on WXYZ Detroit in 1933, but it was a Buffalo man– who first put the character on the air in Buffalo– who was the creative force behind the program.

Fran Striker grew up in what’s now the Elmwood Village neighborhood, attending Lafayette High School and UB during those post-WWI years when radio grew from fad to part of life.

His radio talents were first put on display as a musician in the earliest days of WGR in 1922, then moving to WEBR as an announcer when that station began broadcasting in 1926. There, as a writer, producer and program director—he was also responsible for selling the programs he wrote and performed in to advertisers.

It was on one of those WEBR programs where the character that would become famous as “The Lone Ranger” first appeared. “Covered Wagon Days” ran on WEBR in 1930.

The show was created, according to a 1930 Courier-Express article, after President Hoover authorized the “commemoration of the heroism of the fathers and mothers who traversed the Oregon trail to the Far West.”

“This proclamation,” the brief article continues, “was the inspiration for a new series of programs from the versatile pen of Fran Striker, which he has entitled Covered Wagon Days. One of them is heard from WEBR every Monday night. In them Mr. Striker gives listeners at that time a radio drama version of many of the interesting and exciting happenings which took place in the long and dangerous treks across the plains and mountains.”

When Striker moved to Detroit, the character came with him and became a sensation. For much of the next 20 years, the Buffalo native wrote not only the radio scripts, but the newspaper comics, novels, and more in the voice of the hero who entered on “a fiery horse with the speed of light, a cloud of dust and a hearty Hi-Yo Silver.”

In 1936, Striker was also a part of the team that created “The Green Hornet” character for a radio serial before that character also branched into comic books and film.

Still writing the daily comic strip, Striker moved back to Buffalo and was working to relaunch The Lone Ranger when he was killed in a car accident in 1962.

Striker wasn’t the end of Buffalo’s connection to the American cultural icon.

Jay Silverheels, the actor who played the Lone Ranger’s companion Tonto, was a Mohawk born in Southern Ontario.

When he was 19, the man who would become famous as Tonto and his cousins moved to Buffalo to play professional lacrosse for the Buffalo Bowmans at the Broadway Auditorium– where he was also a Golden Gloves boxer.

Born Harry Smith, the actor earned the nickname Silverheels in Buffalo—when new shoes helped him run so fast, all you could see where the silver heels running across the field.

As handsome as he was fast, when Smith moved to Los Angeles in the late 30s to play lacrosse, he was quickly cast in films– first as a stunt man and extra, then in 1949 as Tonto. 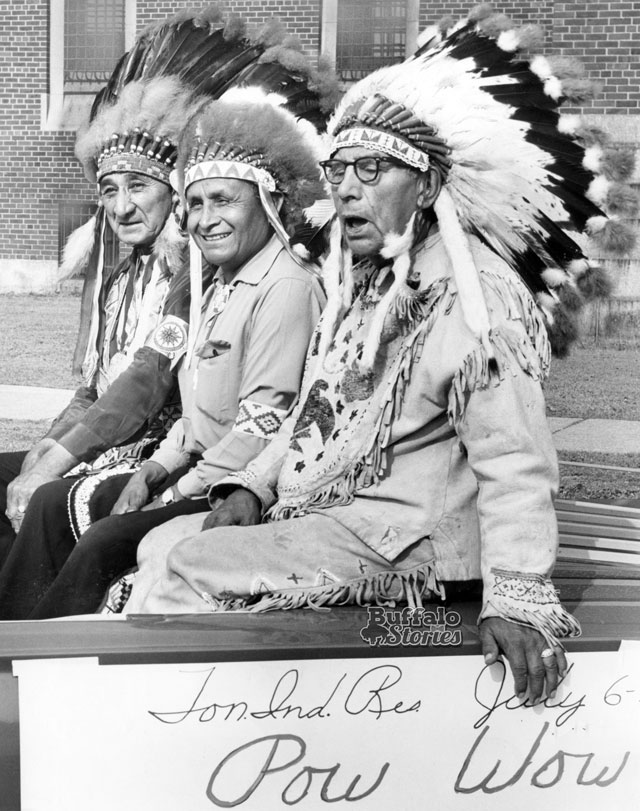 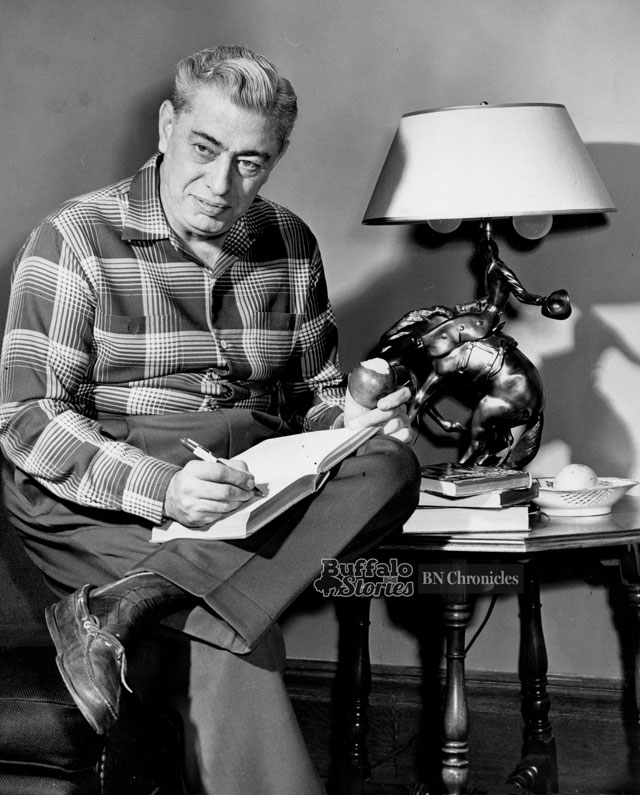