There were smiles all around at the Statler Hilton on Election Day 1967. Buffalo Common Council President Chester Gorski (left) and Buffalo City Comptroller George O’Connell (right) had both just been re-elected to another term. 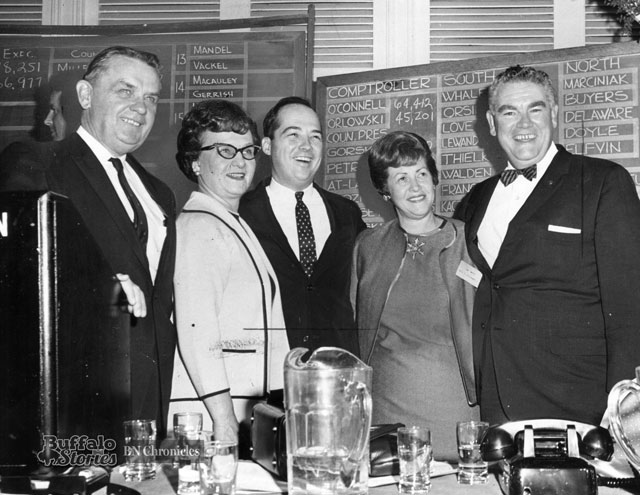 Gorski was the father of Dennis Gorski, who served as Erie County Executive (1988-99), and is currently Cheektowaga Town Justice.  The elder Gorski was also the father of Jerome, the now-retired State Supreme Court and Appellate Court justice.

Chester Gorski served in Congress from 1949-51 and as Buffalo’s Common Council President from 1960-74.

George O’Connell was Buffalo Comptroller from 1962 until his death in 1975. Among his seven children are Buffalo Theatre founder and actress Mary Kate O’Connell and longtime television weathercaster Kevin O’Connell, who is expected to retire soon from WGRZ-TV.