There has been a nearly complete transformation of this portion of Main Street in the days since these Depression-era WPA workers finished working on the sewer and drain lines in 1935. 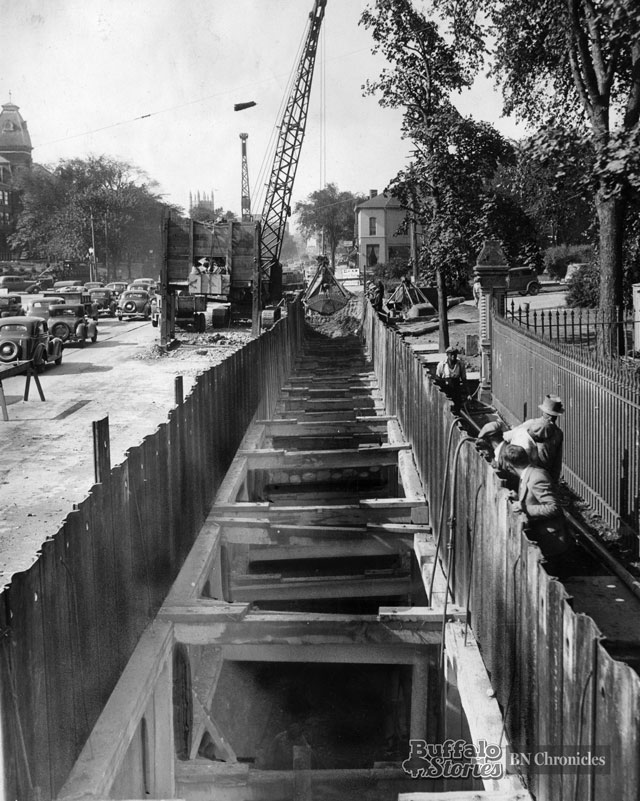 The best clue to offer some sense of the location of the photo is the heavily ornamented iron gate, which still stands surrounding Forest Lawn Cemetery.

The building to the left, with the ornate roof, is the longtime location of Sisters Hospital at the corner of Main and Delavan. The building gave way for the Canisius College sports complex now occupying the corner.

Though the very tops of the spires are now gone, the Trinity Methodist Church building — visible off in the distance — still stands on Masten Avenue at Main, though it’s been known as Lincoln Memorial United Methodist Church since the early 1950s.

Finally, Horey’s Lunch, the restaurant owned by George N. Horey, in later years may have been one of the locations of “Main Lunch,” which operated lunch counters up and down Main Street for most of the first half of the 20th century. The building has long since been replaced by a strip mall.