Today, it’s the spot where downtown office workers pour out onto Main Street in the summer to watch the free lunchtime concerts that have been sponsored by M&T Bank for decades now. 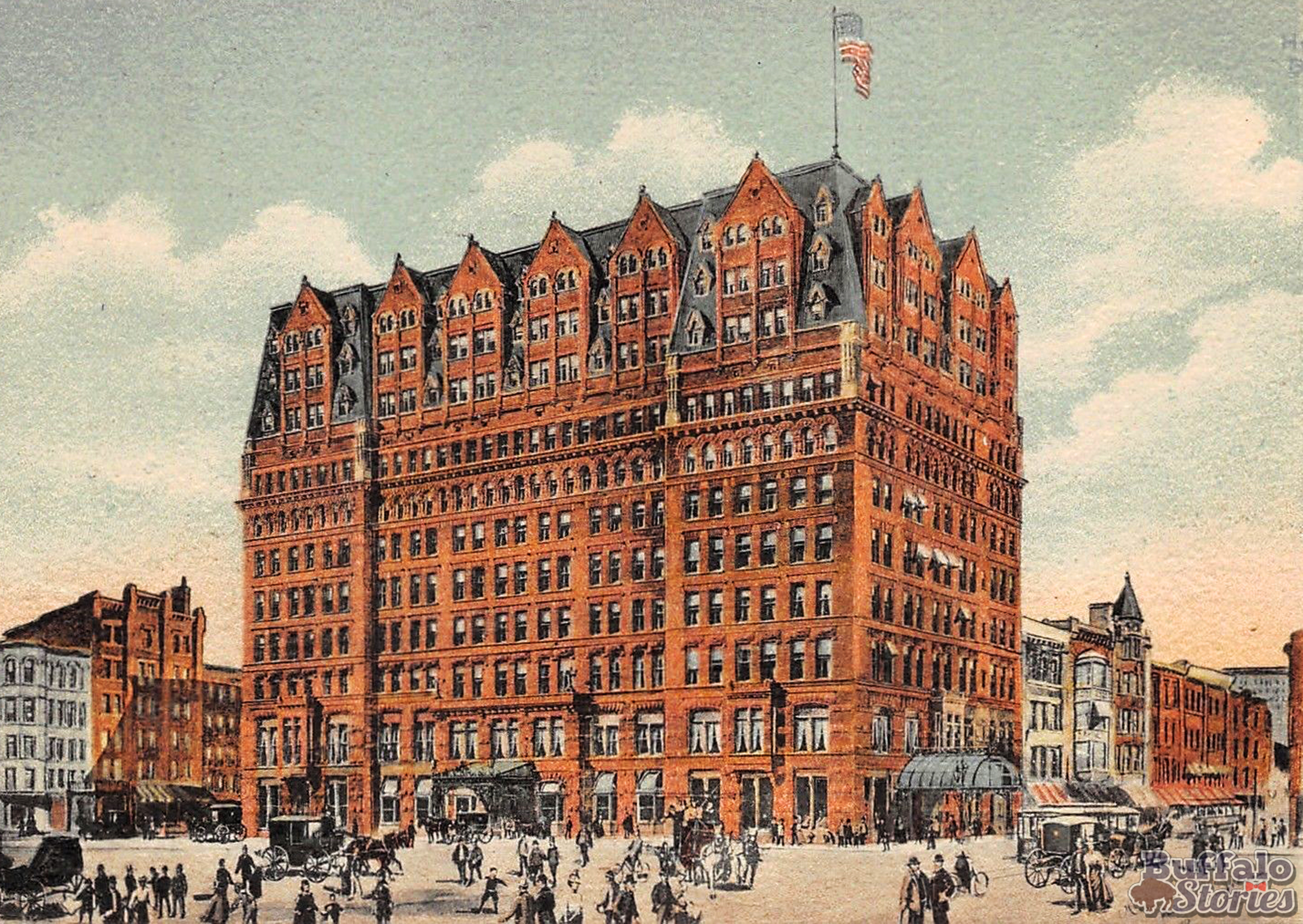 In 1880, the block that is now the plaza in front of the M&T headquarters building was one of Buffalo’s early gathering spots.

St. James Hall was also the building where Abraham Lincoln’s coffin laid in state in 1865. It was destroyed by a massive fire in 1887 that started in the Hotel Richmond. One of the worst fires in the city’s history, the blaze killed 22 people.

The Richmond was replaced by the Hotel Iroquois. This 1896 view shows the Hotel Iroquois and the lasting impact the fire had on the psyche of Buffalo and its citizens, with its sign proclaiming the building as “absolutely fireproof.” 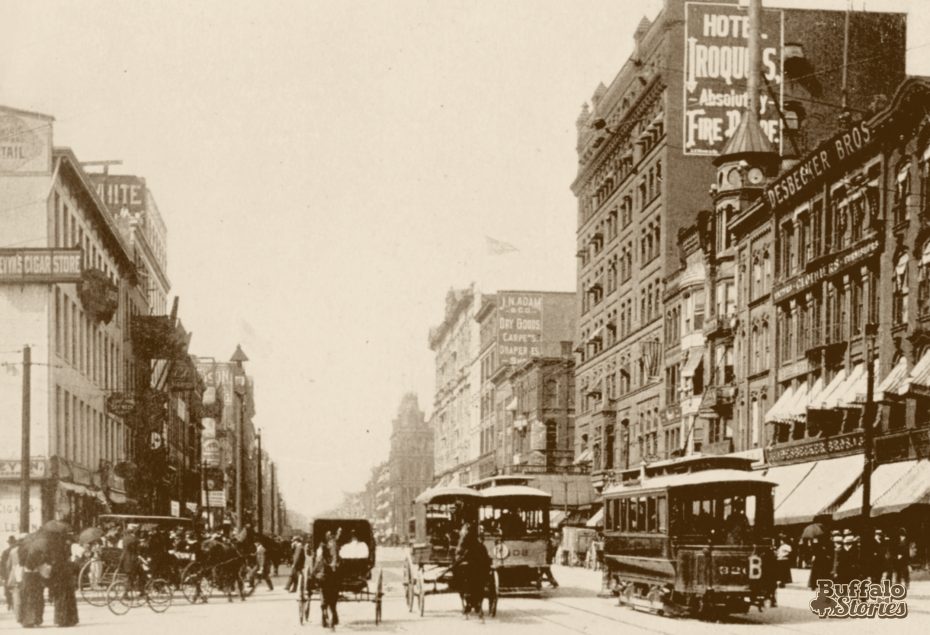 The Iroquois was Buffalo’s most popular society hotel, so when Ellsworth Statler decided to build what was the world’s largest hotel on Niagara Square, he took out the competition by purchasing the Iroqouis and turning it into an office building.

Later known as the Gerrans Building, was razed in 1940. In its place went up a much smaller building, known primarily as the home of Bond’s Menswear was built. In 1966, the Minoru Yamasaki-designed One M&T Plaza opened, replacing all the buildings on that block.

[What It Looked Like Wednesday: The ‘absolutely fireproof’ Iroquois Hotel]