In 2019, the Joseph McCarthy era is universally remembered as a shameful time in American history when the Wisconsin Senator wielded “his sensational but unproven charges of communist (and homosexual) subversion in high government circles,” according to Encyclopedia Britannica.

As it was happening, it wasn’t as clear cut. When our own Buffalo Courier-Express wrote about him at the height of “McCarthyism” in 1953, they invited everyone to read the paper’s story on McCarthy’s private life, “whether you curse Joe McCarthy as a demagogue and character assassin or cheer him as a patriotic crusader against Communism.” 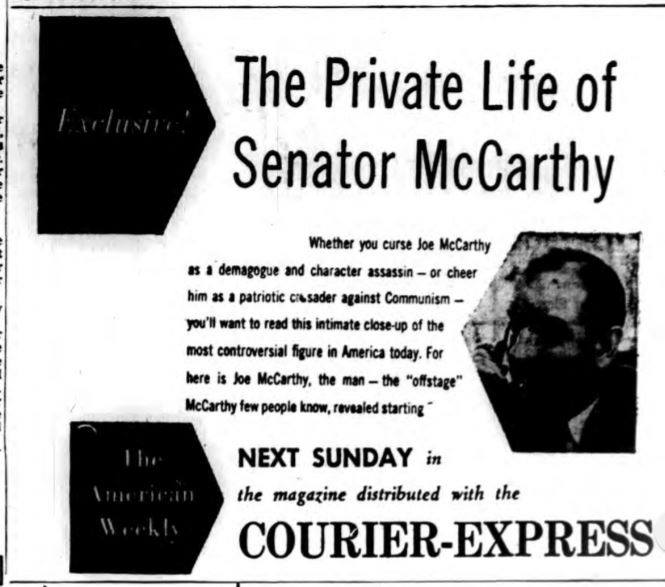 A year later, in 1954, the Senate voted to condemn him on the charges that he disobeyed Senate rules and leveled unfounded charges against members of a Senate panel investigating his behavior.

Even longtime friend and Senate ally William Jenner, who stood with McCarthy as he ruined lives, eventually soured on his colleague and called him “the kid who came to the party and peed in the lemonade.”

Pissing in lemonade isn’t funny or clever.. and watching someone piss in lemonade is just as bad (maybe worse?) as doing it yourself.