This week we’re looking at the women who were the first to make their presence felt in what has traditionally been the male-dominated broadcasting industry.

Today– the women who were the first to grace Buffalo television screens.

Joey Bean Heinz was already a veteran Western New York stage actress when she was tapped by Super Duper to appear in TV commercials with the supermarket’s weekly specials starting in 1975. 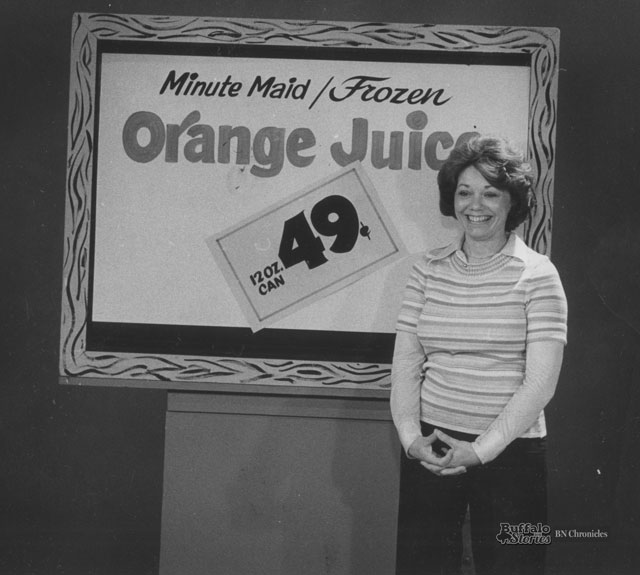 Western New York quickly embraced the woman who spent at least a half hour a week on local TV—albeit in 30-second increments. 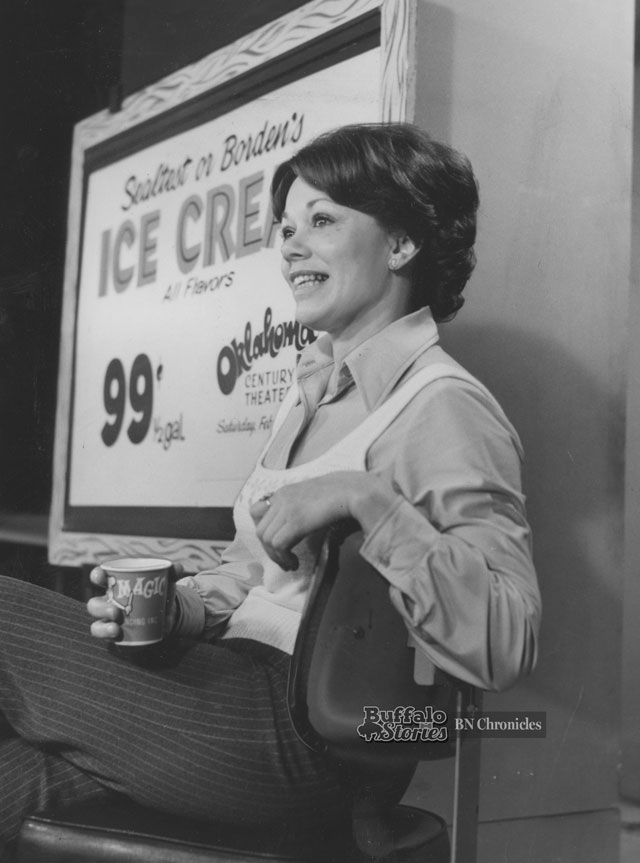 She was also the singer on several of Super Duper’s radio jingles—“Love that Super Duper!”

Joey was the spokesperson for the grocery chain from 1975-80, and then again from 1989-91—when most Buffalo-area Super Duper stores became Jubilee Markets. 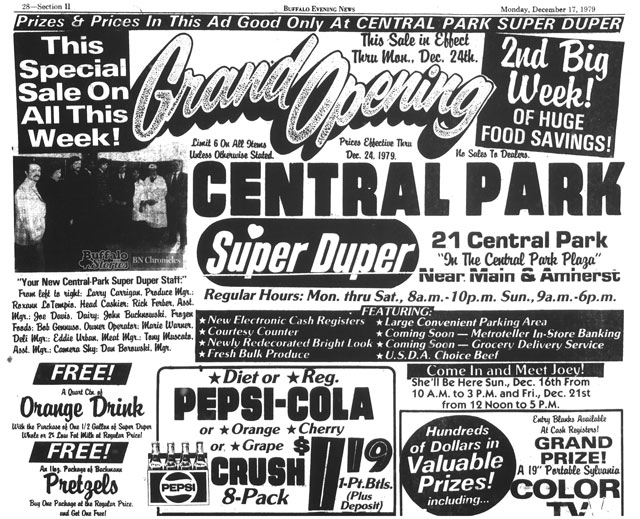 As a new Super Duper opened in the Central Park Plaza in 1979, shoppers were promised a chance to win a color television, free orange drink, and the chance to meet Joey. Below, during the blizzard of 1977, Joey tells us because of the storm—we’ll have to look for in-store specials instead of her usual circling of the lowest price. (at the 14:49 mark)