One of the less-celebrated and remembered industries of Buffalo’s past is livestock trading. In the 1880s, the East Buffalo Stockyards made Buffalo the world’s second largest livestock market. 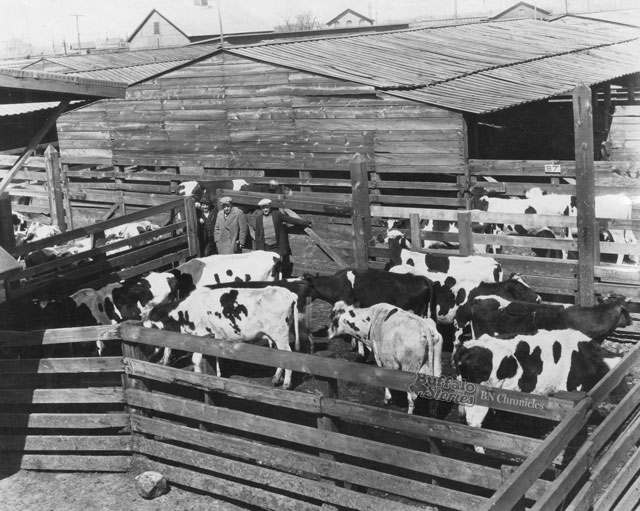 About 100 acres of Buffalo’s East Side was dedicated to the livestock trade. For decades, every day thousands of animals made their way to and from Buffalo between their time on the farm and the table.

Buffalo’s place next to Chicago as a hub for the trade of livestock was sealed when the New York Central and Erie railroads created a more efficient animal delivery framework in 1864.

Much of Buffalo’s early wealth was derived somehow in the trading of animals. Virgil Bailey, after whom Bailey Avenue was named, was a horse trader. The Larkin Empire started when John D. Larkin came to Buffalo in 1875 to make use of the fat rendered from animal slaughter in the making of soap. The iconic Sahlen’s hot dog, still made on Buffalo’s East Side, can trace its lineage back to the Sahlen and Roland Meat Packing Company founded in 1869.

The Stockyards gave way to the William Street Post Office in the late 1950s, and in 1964 — 100 years after centrally organizing the stockyards on William Street — the New York Central closed its East Buffalo Stockyards station and got out of the livestock business in Buffalo.

Except for perhaps attending a concert or food truck Tuesday in the Larkin District, most Buffalonians aren’t aware of the impact that Buffalo’s Larkin Soap Co. had on the national and world economy and the way we all shop.

While many of us remember the Sears catalog, it was John D. Larkin’s company that created many of the processes that became standard in mail-order retail and remain the basis for the systems used by Internet age mail-order retailers to this day. 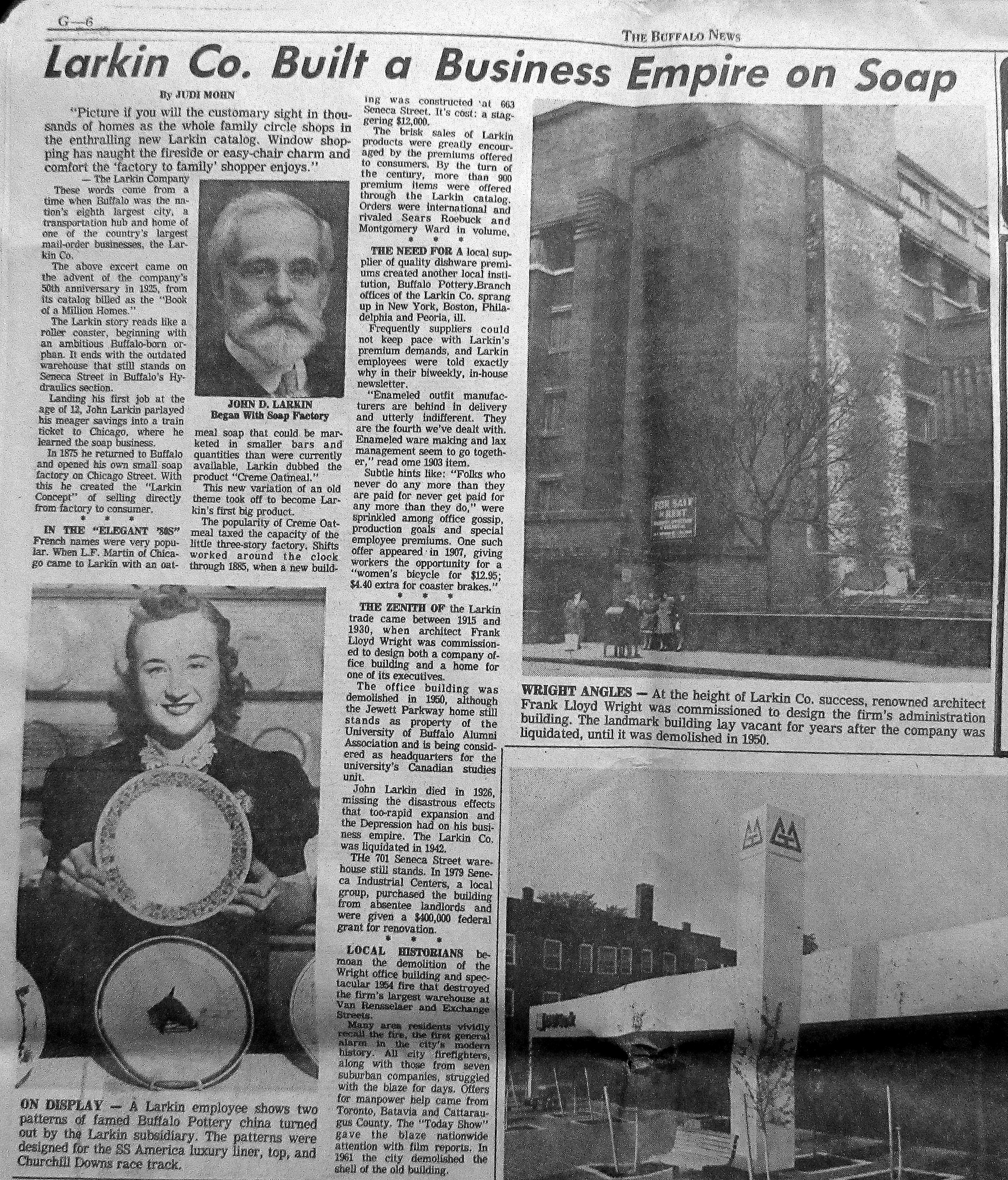