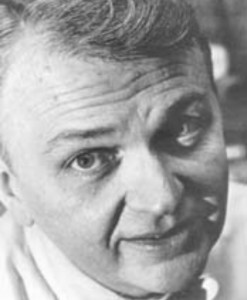 Sometimes the way life lines a series of seemingly unrelated events like lights on an airport runway can make a guy pause and question his sanity, because the answer is almost too clear.

For the past three days, I’ve been filling in for John Zach on Buffalo’s Early News on WBEN. The four-hour news show starts at 5am, and John does most of the writing when he’s here. For me, that meant getting up at 2:45am, in order to give myself about 90 minutes to put the local news together. John gets here earlier than that, and has been doing it just about every day for most of the 50 years he’s worked in radio.

I question myself often, would I be able to do this; get up like this. I did early morning weekends for a few years, but in 19 years of broadcasting, never a regular Monday-Friday, in-to-get-the morning show ready gig. John, who has worked the morning shift in parts of 7 different decades has said, “You never get used to it.”

I’ve filled in on the shift before, even for just a week or two, and always walked around feeling like a two-hour old grilled cheese; still crusty and gooey, but crusty and gooey in the wrong places. I just didn’t feel right, and never felt like I sounded as good as I could or should. And it always bothers me that when I set my alarm for 2:45am, my wife is rattled awake, too.

But this week, in the midst of working this early morning shift, one of the guys at work was cleaning out some files and handed me an old envelope he thought I might be interested in labeled MASTER TAPES– JOHN OTTO HALL OF FAME. Aside from being a master of the English language, the father of talk radio in Buffalo, and one of the top 5 broadcasters to ever grace the airwaves in Buffalo, John is somewhat of a personal hero to me.

Needless to say, I snatched the envelope, and delved inside not only to find hours of reels, cassettes, and DATs (an early digital tape format), but I also found a paper-filled folder labelled “John Otto.”

On top were a couple dozen e-mails and cards sent to WGR in the days following John’s death. Touching memories from fans and friends far and wide. Beautiful and filled with raw emotion. Then came John’s handwritten professional biography, tracing his radio career from the early 50s to the late 90s, only a year or so before his passing.

But what I found most gratifying were the notes that had been sent back and forth over the years to a succession of 5 or 6 supervisors at WGR. And while even a John Otto note complaining about a co-worker’s tardiness or an equipment problem flows across the paper the way a ballerina glides across the stage, that’s still not the point.

It started to strike me when I saw the note he wrote in 1995 asking to work Christmas Eve, Christmas, New Years Eve, and New Years Day. He was begging to work those days. Days most of us would curse the boss who forced us to work, but here, 43 years into his broadcasting career, and John’s tone was nearly inconsolable, worried that some other program might pre-empt his conference call of all interested parties.

In case the point be lost, John writes it quite plainly in one note. “The very principle on which I’ve always conducted myself, to wit, if one is in radio, you want to be on radio at every opportunity.”

After an illness took him off the air for a spell, he wrote in another missive that he’s ready to come back “if you’ll have me,” adding, ” My appetite is restored, miracle of all, my taste buds are a-bloom once more. You’ve got no idea what life is like without the ability to taste… ’til you’ve not got it.”

John Otto, almost 50 years into his career had such a fire in his belly for it. Not a soul better, universally lauded; but still fearful that it could be taken away. Would that we all felt that way about anything in our lives, let alone our job.

It made me think of my friend Ed Little, who was that way, too. He worked a tremendous 62 years in radio, starting as a child actor. I was with him in 2000 when he delivered his last newscast on WBEN, also the last program to originate from the studios on Elmwood Avenue.

Septuagenarian Ed couldn’t get a handle on the new computers, despite going through extra training on his own. Within a few months, he passed away. His heart was bad, but I know it was a broken heart, too.

Twenty years ago, my fire was inexhaustible. I can remember going to work as an 18 year old within hours of my grandma’s cancer death.

Thinking back on it, it makes me sad that I went in to board op Buffalo’s Evening News that night, and didn’t spend the time with my family. But that’s what I was and what I did. I think I’ve learned a little about life and about work since then.

Family’s much more important. I write books. I have a website. I’m on Boards of Directors, and I give talks about Buffalo History. I also work a pretty much 9-5 job these days. It’s not often I’m challenged to see how hot that fire burns.

I know it there, because it has to be there to be working in radio, or in any number of jobs similar in that there really isn’t much money. And its not the fame or the notoriety,either. Its having the blessing of doing a job that thousands would line up behind you to do for free. And just having that job, and being blessed with the gift of it, and being able to live a dream. And not wanting to give it up for the world.

So I’ve been thinking about whether or not I could work the morning shift, and the answer is of course. And though I sometimes play the curmudgeon, and complain about getting up early on those days when the job calls for it, the fact of the matter is, I’d do just about whatever they told me to do to keep it going. And this week, I even loved the early mornings. Loved every minute of hosting that show with Susan Rose. Loved it with that John Otto fire.

Just today, I read a Forbes Magazine article, which talks about the only three questions employers need to ask perspective employees. I say, you only need to ask one of those three. Will you love this job?

If the answer is no, go find something else. When I say love, I mean LOVE. Not ‘like the hours,’ or the pay, or the doors it might open. Love the job. Put your heart into it. Life is just too short.

“You know me,” John Otto closes one note with, “I just want to be on the radio.” Me too.