For most of recent memory, the Seneca and Swan intersection in the Hydraulics neighborhood has had an undeniably industrial feel.

Even with the small businesses and taverns which dotted Seneca Street well into the ’90s, the area’s presence was dominated by the buildings that were built as the Larkin factory and warehouse.

Those buildings were just as large in 1930, but the surrounding buildings offered much more of a neighborhood feel. 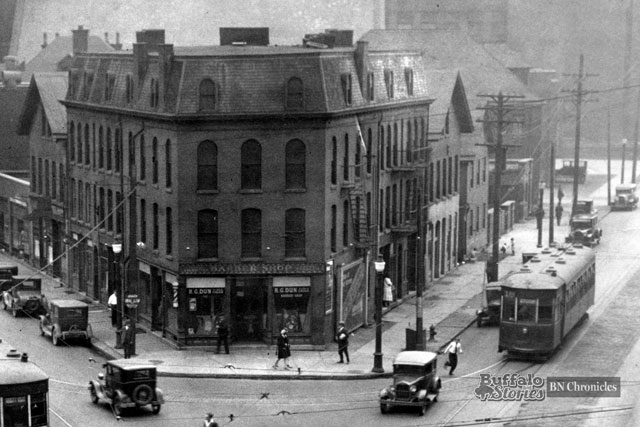 By 1955, the buildings on the Y between Swan and Seneca had been torn down to make way for Buffalo Fire’s new Engine 32/Ladder 5 house, which replaced an older fire house just out of the photo.

Over the last decade, this area has seen a renaissance precipitated by Howard Zemsky’s development of the Larkin Terminal Warehouse property into offices and a veritable city within a city, hosting music, entertainment, and food truck Tuesday events.

While today visits to Larkinville are made to enjoy food, music or culture, 110 years ago, visits to Larkin were all about taking in the majesty of one of the world’s largest manufacturers and retailers of personal items.

Just as Larkin Square represents what’s new and happening in Buffalo for many in 2015, in 1910, the Larkin Company revolutionized how products were bought and sold and was America’s leader in catalog and mail order retail. 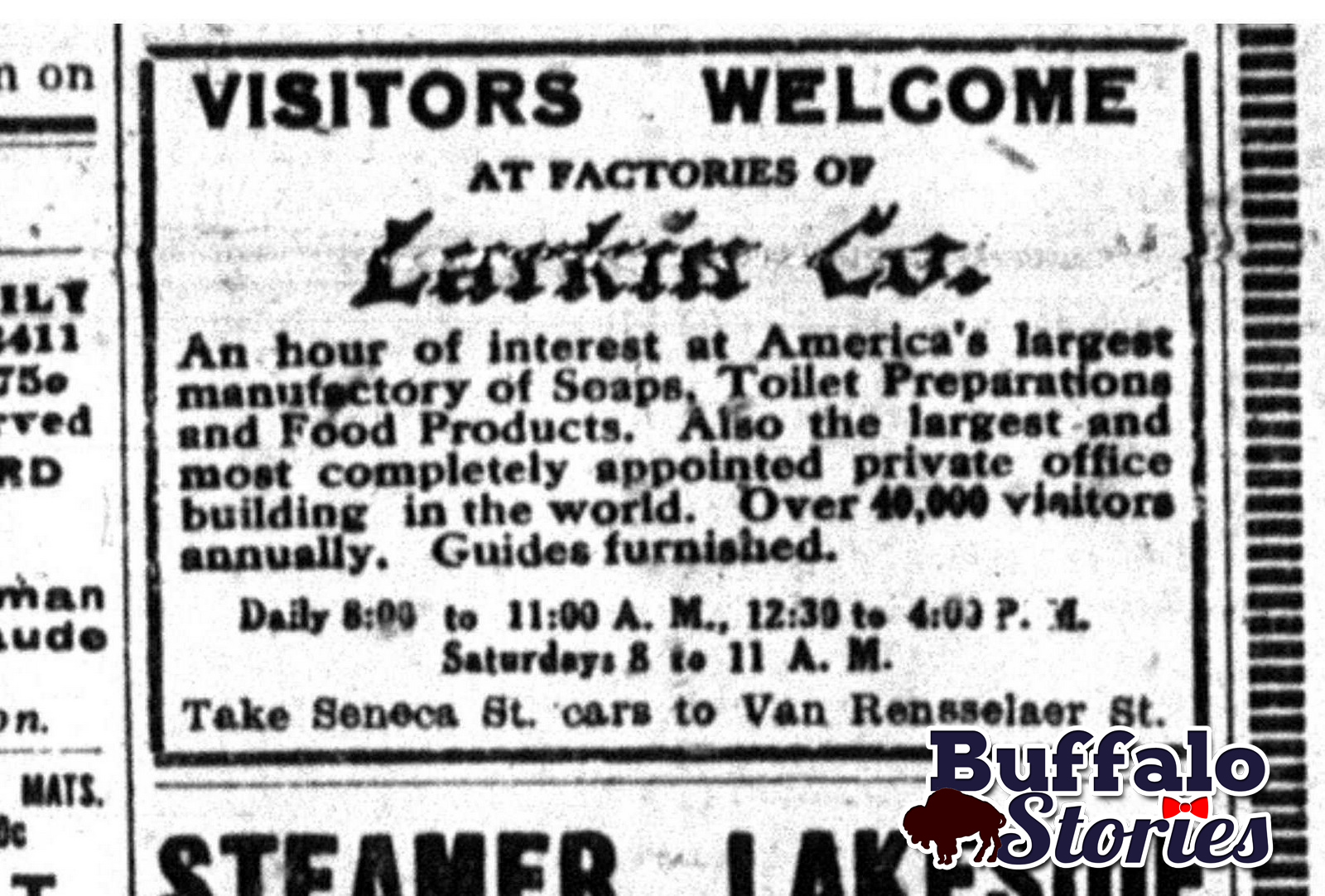 In 1902, the corner of Summit Avenue and Jewett Parkway saw construction begin on what was to become Parkside’s most famous landmark, as the complex of buildings designed by Frank Lloyd Wright for his great patron Darwin Martin began to rise from the earth.

A prominent figure in the organization of the 1901 Pan American Exposition in Buffalo, and eventually tabbed by President Wilson for a National Defense post during the First World War, Darwin Martin moved to Parkside in 1897. He built his first house about a block north of the home now known as the “Darwin Martin House,” at 151 Summit Avenue.

An executive at the nationally popular and successful Larkin Soap Company, Martin was a millionaire by the turn of the century, and decided to build a home commensurate with his family’s lifestyle and their place in Buffalo Society. Having come from a broken home and spending his youth working in a host of odd jobs, Martin also hoped to provide room on his new sprawling estate for his extended family, including his brothers and sisters.

After flying to Chicago to meet with the young Frank Lloyd Wright, Martin commissioned him to build his sister a home. The Barton House, built for Martin’s sister Delta and her husband, George Barton, was the first of several buildings erected on the Martin Complex in 1902. She was the only Martin sibling to take him up on his offer of a home in Parkside.

The complex, complete with the main home, the Barton House, a Gardener’s Cottage, a carriage house, a pergola, a conservatory, a stable, and a porte-cochere, was Wright’s most expansive prairie style project, and one of the largest home complexes he ever built.

The home’s “Tree of Life” windows are instantly recognizable the world ’round.By 1906, the main house– The Darwin Martin House– was ready for move-in by the family. It’s low, horizontal-lined Prairie style design was (and is) certainly a contrast with the more traditional home styles in the neighborhood.

While many scholars have often looked to the architectural masterpiece as Wright’s finest example in the Prairie style, the biggest endorsement came from Wright himself. Plans for the Martin House long hung in on his office wall, described by the architect as “a well-nigh perfect composition.”

Martin would also have Wright design his lakeshore summer home, Graycliff, in Derby, in 1927. It was also almost entirely on Martin’s word that Wright was retained to build the Larkin Headquarters on Seneca Street.

The pioneering office building was torn down in 1950. Eventually, over a lifetime of patronage, Martin was either directly or indirectly responsible for the commission of at least 15 Wright buildings. When Darwin Martin lay dying in 1935, Wright wrote to Martin’s wife Isabel that their friendship was a “blessed relationship to treasure and travel on.”