The character of the Main and Ferry intersection has changed dramatically over the last decade after years of neglect. 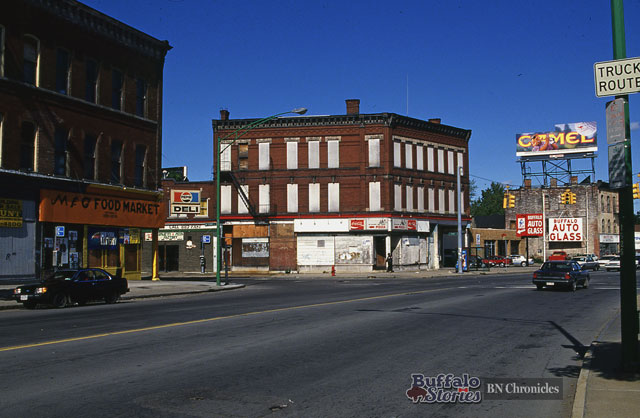 The building with the whited-out windows was left in dire condition after a fire in the 1970s. It was left dormant and unoccupied until Housing Opportunities Made Equal (HOME) conducted a six-year, $2.9 million project to use the structure as its headquarters. The 1884 building designed by George J. Metzger was rededicated in 2012.

The building that was home to M&G Food Market in the late ’80s, and later to Elwassem’s Food Market, is now home to Nick Sinatra’s redeveloped Fenton Village. 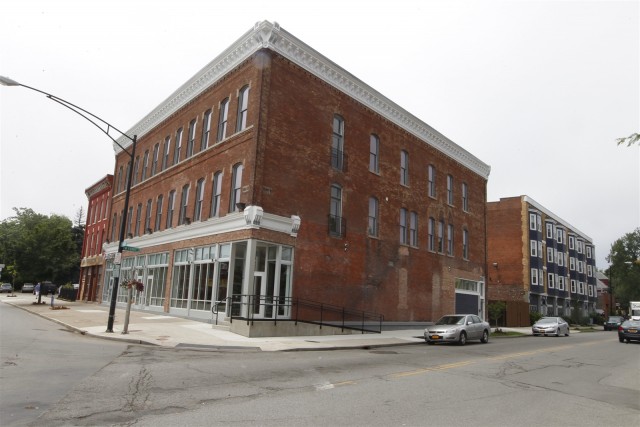 And across Main Street, the latest development proposed for the corner is the $26 million Willoughby Exchange. It will replace, in part, the longstanding Willoughby Insurance building. 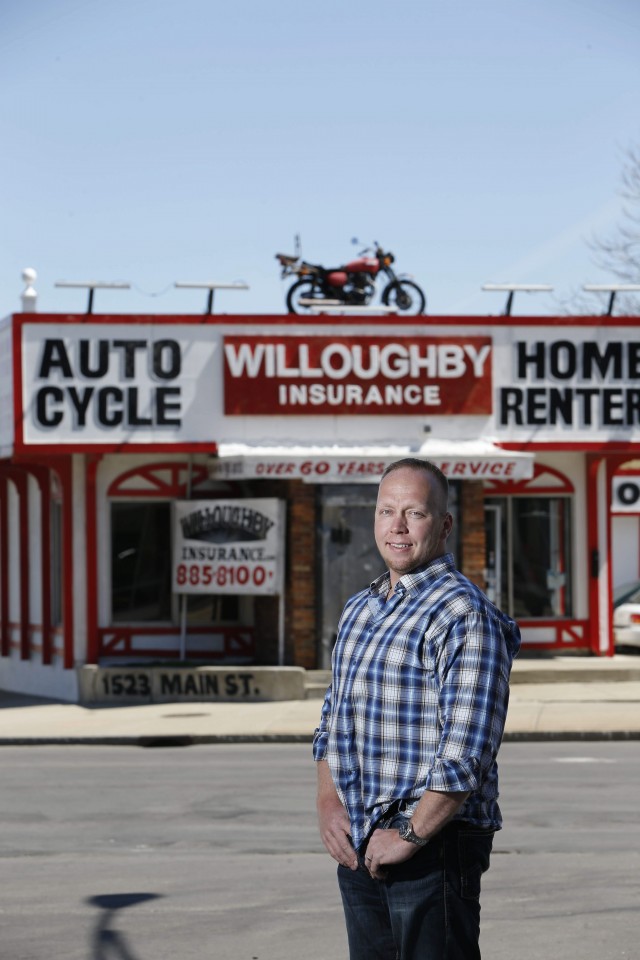 Famous for the motorcycle on the roof and the “Willoughby Will When Nobody Will” slogan painted on the side, the insurance company headquarters building started its life as an H. Salt Fish and Chips restaurant. 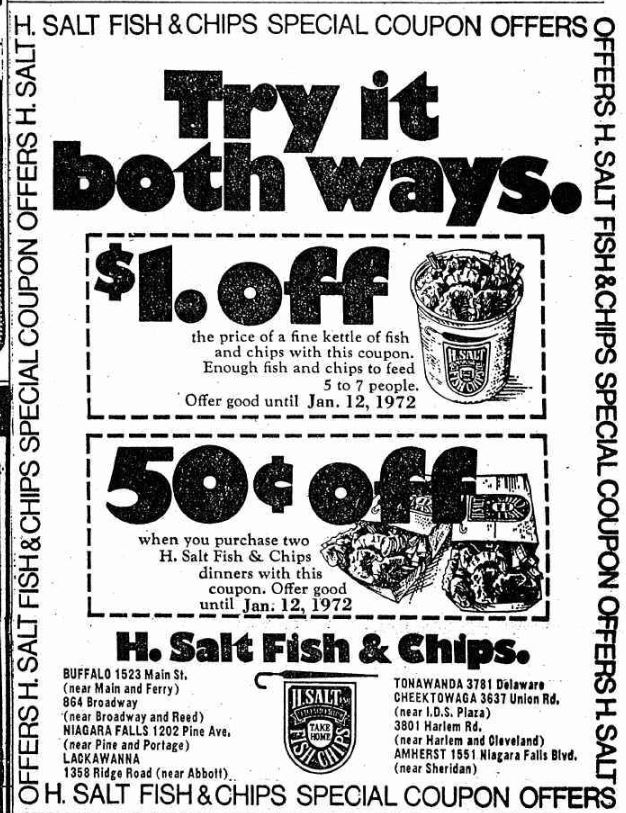