He was living in the home built by his German ancestors in North Tonawanda — a log cabin, in fact — and when it burned to the ground, the coroner said that Ernst Wendt died of “excitement.” 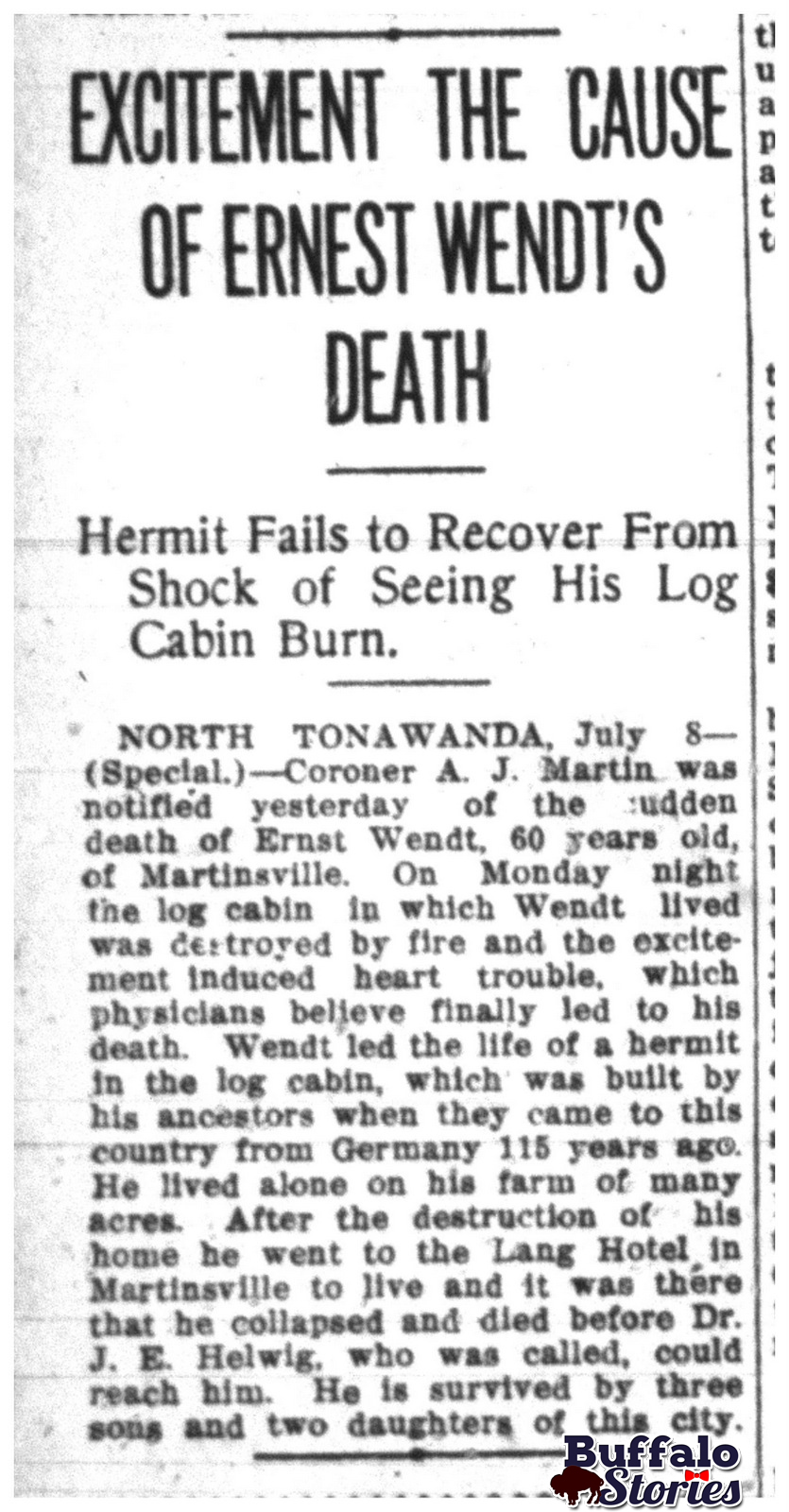 The log cabin was on the land farmed by his father, Christian Martin Wendt, who came to Niagara County from Prussia in 1843. Ernst Wendt was born five years later in 1848.

The William Street landmark was destroyed after it was set ablaze by children playing with fireworks.

“Though he held many valuable acres on the outskirts of town,” reported The Tonawanda Evening News account of his death, “Wendt preferred his hermit career.”

The funeral of Ernst Wendt of Martinsville, who dropped dead at the Lang Hotel on William Street on Wednesday night, will be held from the Sahr home at No. 431 Robinson street tomorrow afternoon. Burial will be in Elmlawn.