My ol’man used to (somewhat proudly) tell the story about how he got suspended from South Park High School for ditching class to go see Lyndon Johnson speak in Niagara Square. 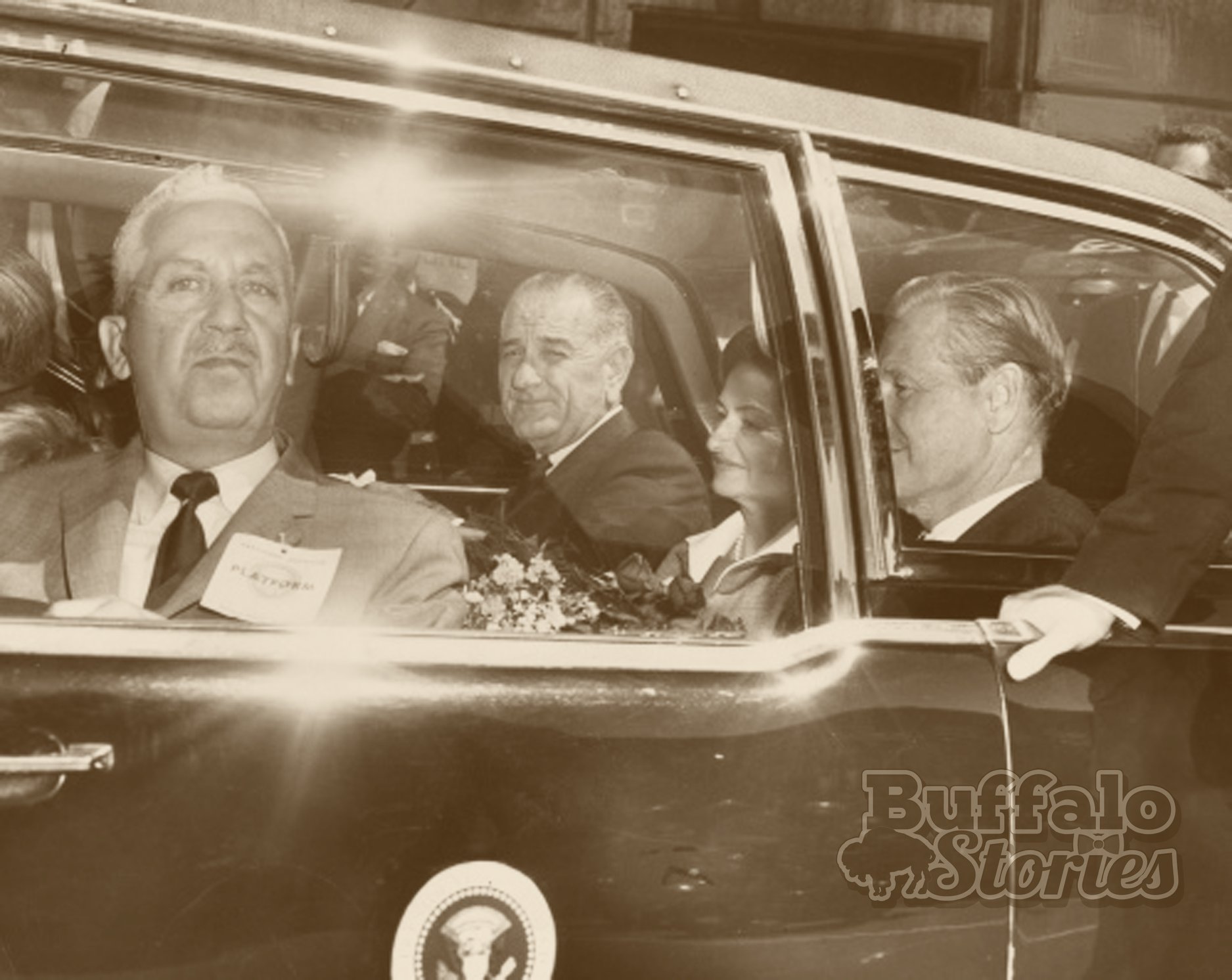 LBJ and Lady Bird with Buffalo Mayor Frank Sedita and New York Governor Nelson Rockefeller in Buffalo in 1966.In the 40 years or so I’ve had to let that story sink in, I think I have two takeaways.

The first is… When common sense dictates breaking a rule, do it. (There was nothing being taught at SPHS that day that could compete with seeing a President.)

The second is… common sense also dictates that you do your best to find an amiable solution to the breaking the rule. I’ve done plenty of things like skipping class to go see the President… but not while giving the finger to the guy who will paddle my ass and suspend me for doing it.

So thanks Dad and LBJ for the life lessons on this President’s Day.

During a mid-’60s visit to Buffalo, Gov. Nelson Rockefeller stopped by the Main Street studios of WKBW-TV for an interview with now-legendary Channel 7 newsman Irv Weinstein. 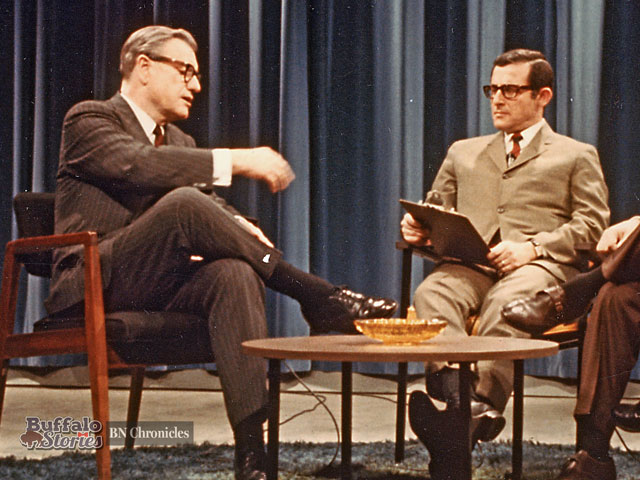 At the time, however, Channel 7 was, as pejoratively described by Irv himself, “the fourth station in a three-station market.”

Channel 7 signed on in 1958, 10 years after Channel 4, and four years after Channel 2. The offerings of the ABC network didn’t help endear WKBW-TV to Buffalo viewers: Weinstein likes to remind people of quality network programming such as “My Mother the Car.”

When Weinstein left WKBW Radio to join Channel 7 alongside Rick Azar in 1964, the evening newscast went on the air at 7:20 p.m. to avoid competition from the other stations’ 6 p.m. newscasts. 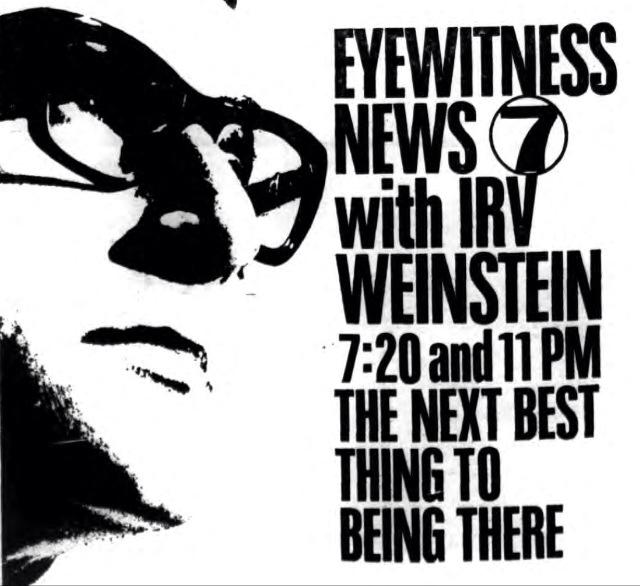 A few years later, Tom Jolls joined the crew, and the Irv, Rick and Tom team that dominated Buffalo TV news in the ’70s and ’80s was complete.

The three men, plus addition of more local newsfilm, better tight writing and a display of personality and human interaction unseen before on local TV made Channel 7 — and Irv Weinstein — No. 1 in the market, virtually uninterrupted, from the late 1960s through Irv’s retirement in 1998.