The City of Buffalo owned Memorial Auditorium and ran the day-to-day operation of the venue in a way that doesn’t happen with Erie County and First Niagara Center. This included apparently, changing the oil on the Zamboni. 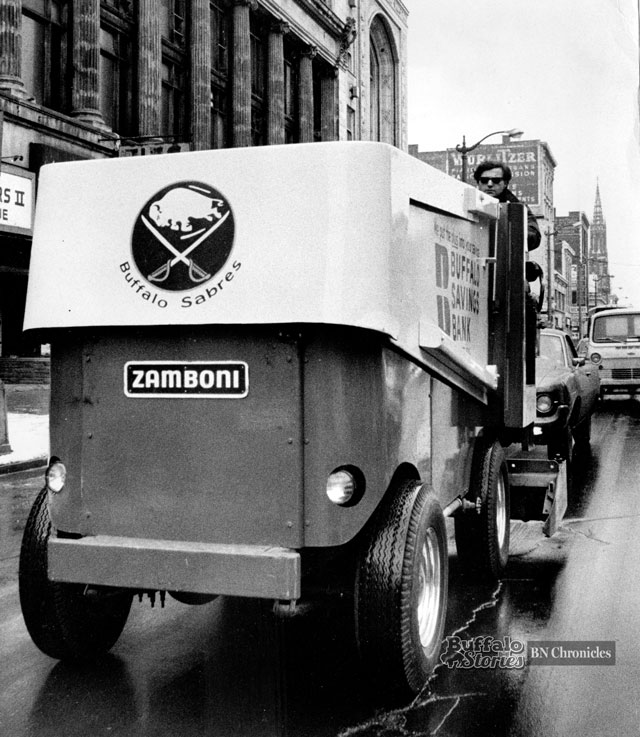 So, as Sabres fever in Buffalo was hitting a high point in February of 1975 — as the Sabres where destined for the Stanley Cup Finals that year — Jim Lombardo took the Zamboni in for “routine maintenance.” 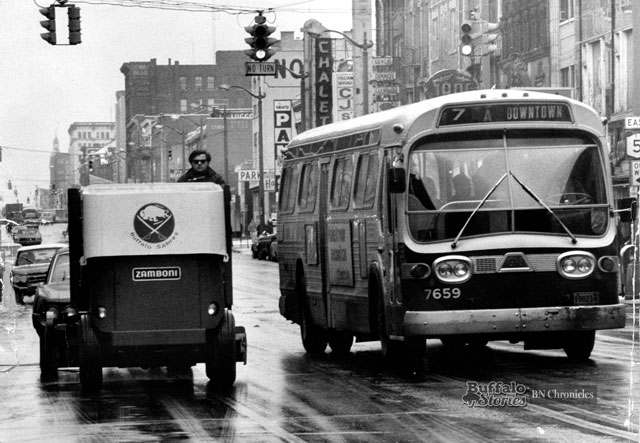 Whatever exactly that meant, it involved driving the Zamboni from Memorial Auditorium up Main Street to a city garage for repairs. The maximum speed for this vehicle — which is cruising the 600 block of Main in these photos — was 8 mph.

Likely the heads of a few lunch patrons at the Swiss Chalet’s original location (across Main from Shea’s) were turned, as The Aud’s ice resurfacer incongruously schlepped its way past the window.

The repairs must have worked. The ice was so great at The Aud the following night that the Sabres and Flyers combined for 12 goals in a 6-6 tie.