You can tell this is an old photo of foreign tourists at Niagara Falls because there are no selfie sticks. 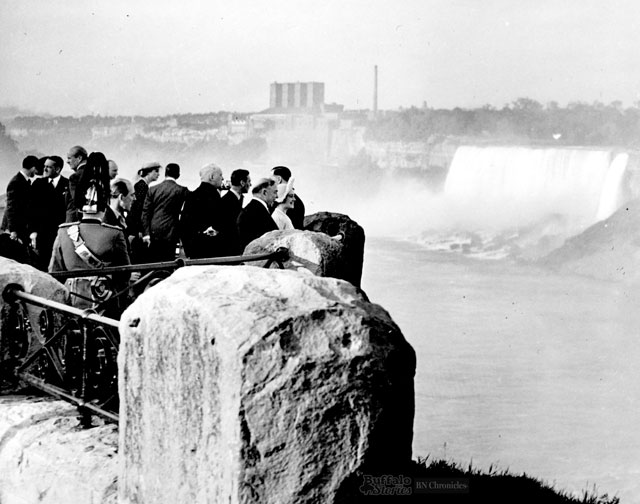 King George VI (third man from the right) and Queen Elizabeth (with hat) didn’t need to take their own photos — thousands of images were snapped of their visit to North America in 1939. The man standing next to the queen is Mackenzie King, who spent most of the ’20s, ’30s and ’40s as Canada’s prime minister.

This woman in the hat, known later to us as the “Queen Mum,” is the Queen Elizabeth whose name we invoke when talking about how to drive to Toronto or Niagara-on-the-Lake. The parents of the current Queen Elizabeth inaugurated the highway and dedicated the stone pillar entranceway in St. Catharines on this trip.

In Niagara Falls, the king and queen dedicated the Rainbow Bridge even though it wasn’t quite finished.

The Royal Tour continued from the Niagara Region through Western Canada, before George and Elizabeth’s North American trip ended with a visit to New York City and Washington, D.C., and a visit to President Franklin D. Roosevelt.

This is the story of one cigar store – Sam Battaglia’s B&B Cigar Store on Main Street in Niagara Falls – that really represents the stories of dozens of similar shops in Buffalo and Western New York – none of which are around any more. 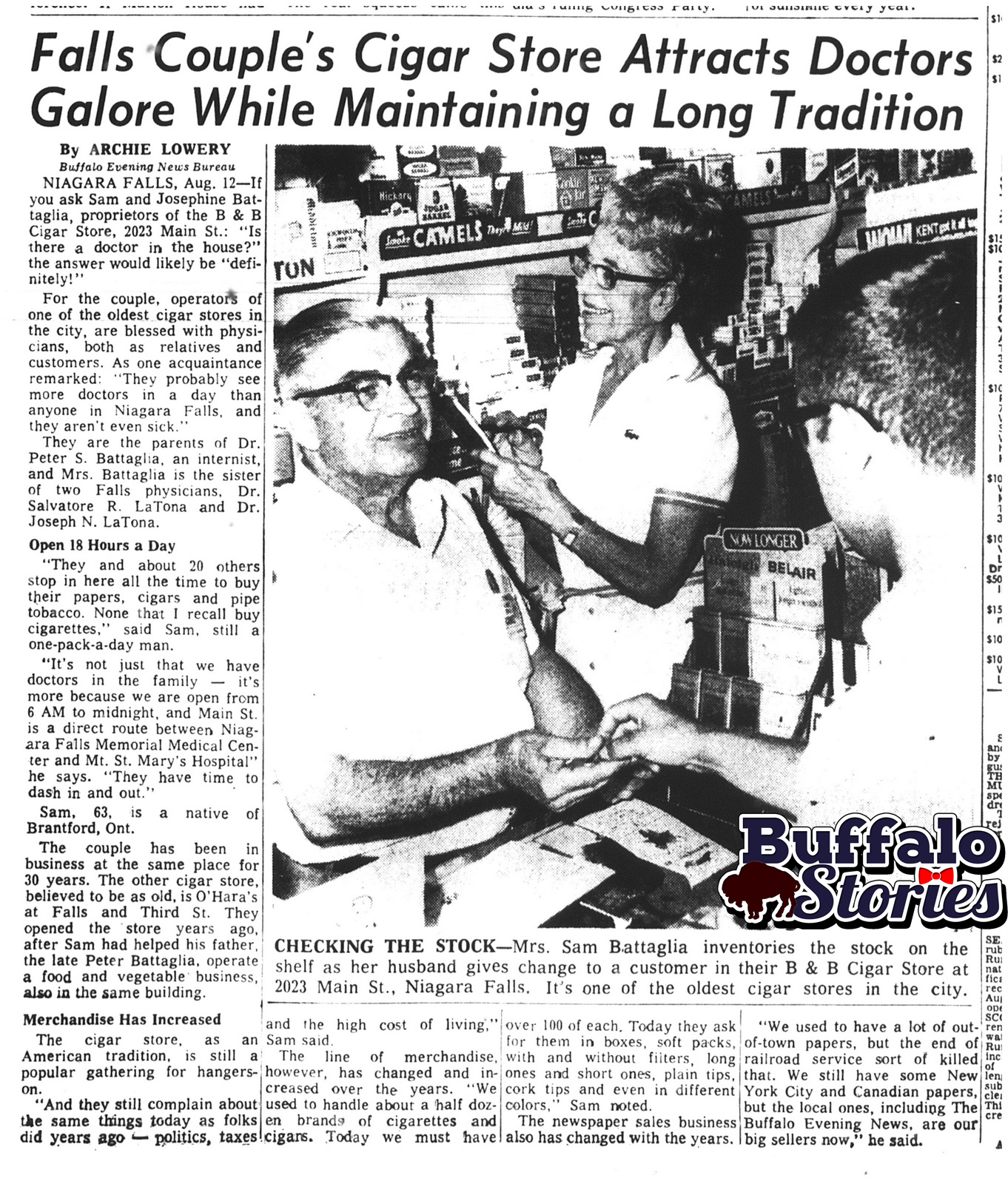