The beers and ales brewed in Buffalo by Simon Pure and Iroquois were among Western New York’s favorites for generations. When those breweries were both shuttered in the early 1970s, Buffalo’s days as a brewery city were mostly over — although vestiges of the process took a bit longer to come off line. 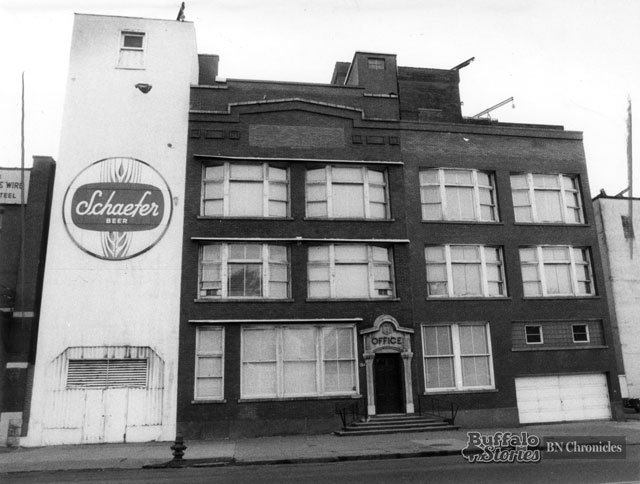 It wasn’t until 1984 when Buffalo’s great brewing operations finally had “last call” when Detroit’s Stroh Brewing Company pulled the plug on the Schaefer Beer malting facility on Niagara Street.

The building had a long history in brewing and related industries. On Niagara Street at the foot of Lafayette across from Santasiero’s restaurant, the George J. Meyer Malting Company took over the warehouse and elevator from Niagara Malting in 1906.

In 1953, the facility was the largest barley malting operation east of Chicago. The company’s three malt houses would process 100,000 acres-worth of Midwest barley every year. 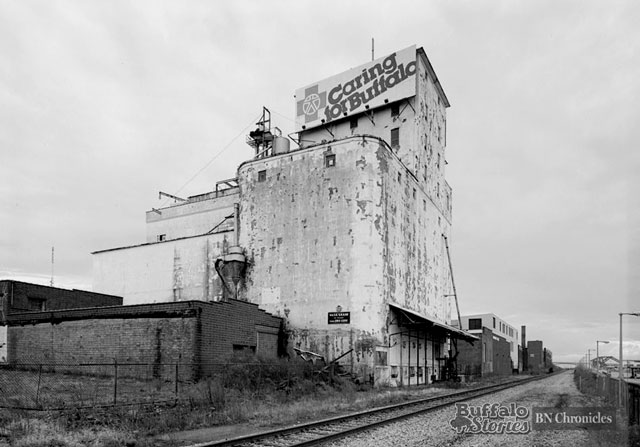 New York State provided $600,000 to clean up the brownfield site in 2007, and in 2016, the “Grain to Green” initiative was started by the nonprofit Vision Niagara group. The plan is to provide green space amidst some of the new development on that part of Niagara Street.

It’s been the site of a parking lot for most of recent memory, but in 1951, as you left City Hall, walking up Niagara Street towards the West Side, an interesting little gas station was among the first buildings you’d encounter.

The gas station, which was on Niagara Street, is long gone, but the building next door on the very short piece of West Mohawk Street still stands.