On March 30, 1874, this notice was posted in 21 businesses in what was then known as the Hamlet of White’s Corners. Forty days later, it would officially become The Village of Hamburg. 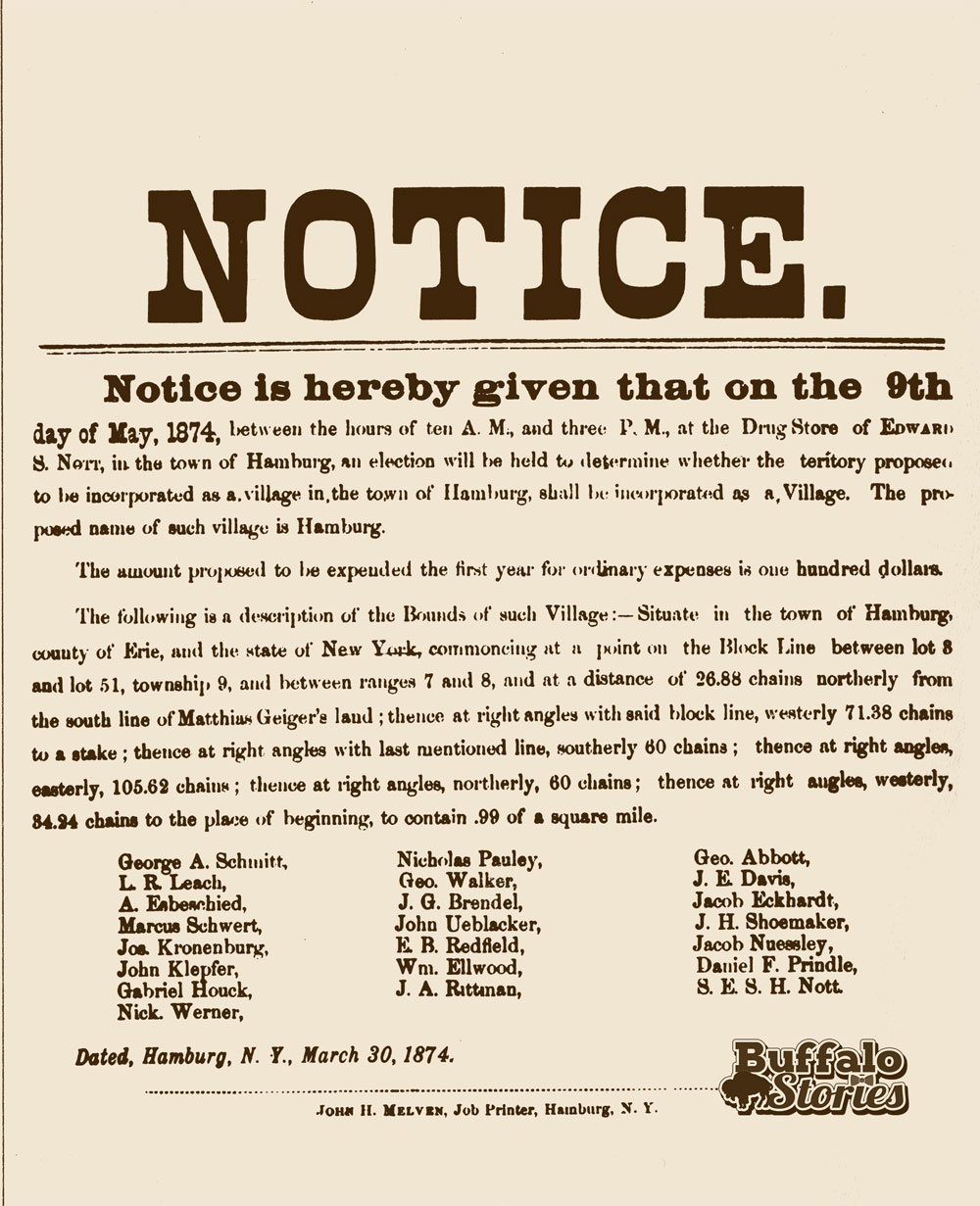 The building of roads and railroads through White’s Corners made the rural area grow quickly—and grow in need of the public services a village government could provide. Sewers, water supply, fire protection, and sidewalks built of “stone or good sound plank” were all on the wish lists of the residents and businessmen of the newly formed village.

The incorporation underscored what was already true—The Village of Hamburg was the center of life for miles around. The first telephone came to the village in 1886 in the bar room of Kopp’s Hotel. Six years later, the village’s only phone moved to E.S. Nott’s drugstore, where Dr. Nott made a partition for the sake of privacy.

Dr. Nott was born in Armor in 1848 and served as postmaster during the Grover Cleveland administration. His drugstore later became Washburn Tire & Battery, and then Emerling Shoes.

Steve Cichon writes about Hamburg’s history for The Hamburg Sun, and about all of Western New York’s heritage and history at BuffaloStories.com. E-mail Steve at steve@buffalostories.com.