Buffalo, NY – I miss visits with Gramps… I’d call him ahead of time to make sure he didn’t have an appointment at the VA, and to ask if he wanted a hot dog (with sweet relish and slivered onions) or a couple of TimBits.

“A lil’bit of both would be good,” he’d say, cracking himself up with that laugh that makes me cry to think about.

Like so many people of his generation, he grew up during The Depression without much to eat. He loved eating food and talking about food and sharing food.

In his years at the nursing home, our conversations usually involved what he had for lunch, breakfast, and maybe dinner the night before. He was always offering you the bag of chips that were on his nightstand or a piece of candy.

Visiting his house, you could barely get in the door before he’d read you the whole menu.

“Hallo dere son!” he’d yell out as you walked in, without pause adding, “Can I get you a sandwich? How bout a cold pop? You could make us a cup of coffee?”

I’d usually put on the kettle for a two cups of instant coffee for us, which he always seemed to enjoy– if not the drink, then the drinking it together.

There was always coffee, and there was always pop. Lots of pop. Too much pop. The first time she went to Grandpa Cichon’s house, Monica asked why there was so much pop. It’s funny the things you grow up with and don’t notice until someone points them out. The hall leading to the kitchen always had dozens of cans or bottles of pop stacked high. Like a store display. As one of ten with ten kids, Gramps always bought everything in bulk when it was on sale—whether it was needed or not.

While there was no greater connoisseur of junk food than Gramps, his junk food muscles were wearing out at the end of his life. He couldn’t eat more than 2 or 3 Timbits after lunch, and while he’d finish a hot dog, you could tell he was struggling to finish.

“My eyes are bigger that my stomach,” he said one time, “even though I’m blind.” Again with the laugh. All the junk food lead to diabetes which robbed Gramps of his sight for his last few years.

The loneliness he felt at the end of his life was painful to all of us. He was the last of ten kids still alive, nearly all his friends had died. Even a couple of his kids, my dad included, had passed away.  But Gramps kept plugging. His goal was to live longer than anyone else in his family. His mom lived to 87, his sister Mary to 89. He wanted to be 90.

Gramps finished in second place. He died peacefully a couple weeks after his 88th birthday. While he might have been disappointed to learn he didn’t make 90, I know he would have been satisfied with his final moments.

Because he was blind, an aide would help him eat lunch. Halfway through, she noticed he hadn’t moved in a while—and he was gone. Gramps died eating lunch, which makes me smile every time I think of it.

What also makes me smile is that first conversation in heaven with my dad.

“I just had a delicious lunch, son. I wish I could have finished it.” 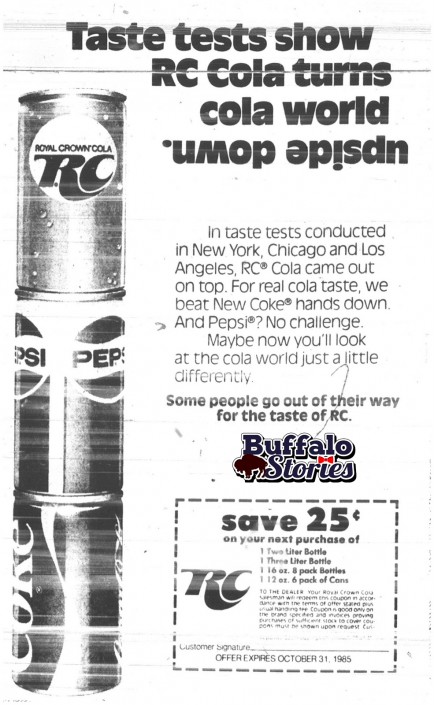 You might remember the Cola Wars as Coke vs. Pepsi, but 30 years ago this week; another cola took space in The News to remind you they were just as good.

RC Cola, the ad says, beat out New Coke and Pepsi in blind taste tests, “turning the cola world upside down.” RC Cola remained popular in Buffalo, and was even the soft drink served in Mighty Taco.

This week at Bells, yet another national brand cola was on sale: Like Cola was 7-Up’s entry in the cola market.

At Super Duper, the most economical way to enjoy a cola was with a Red & White big three-liter bottle. Super Duper also had Diet Faygo selections on sale. 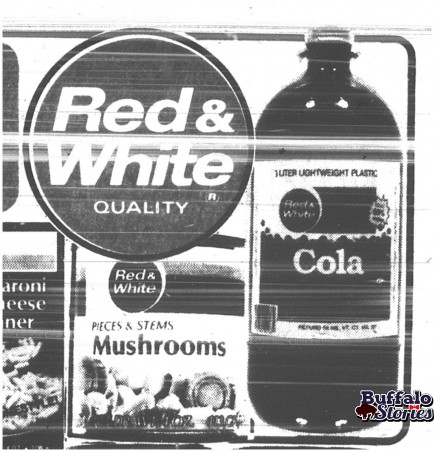 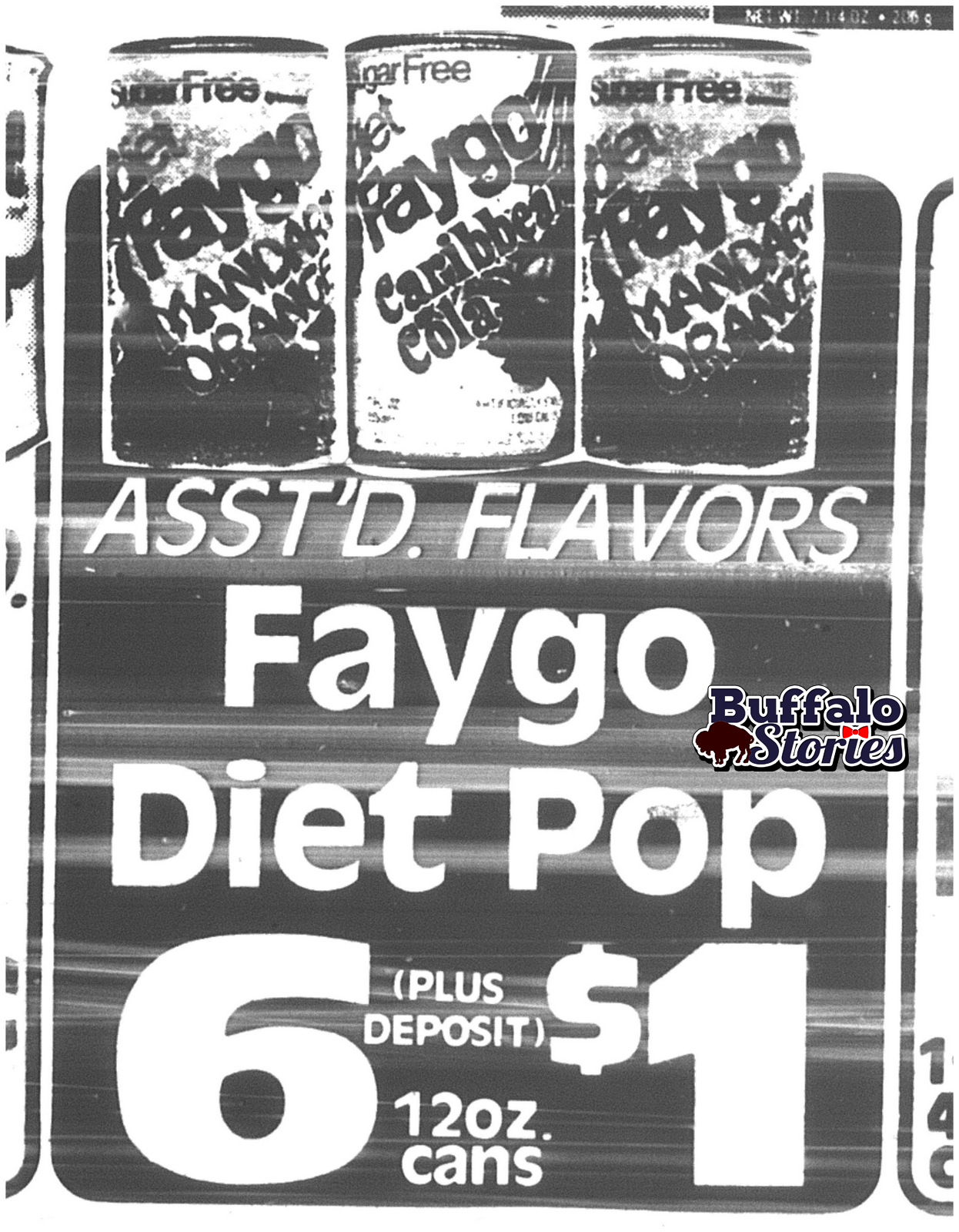 Pop wasn’t all about the cola, though. In 1984, Pepsi replaced its lemon-lime flavored Teem with Slice. In 2000, the Slice brand name was replaced by Sierra Mist. 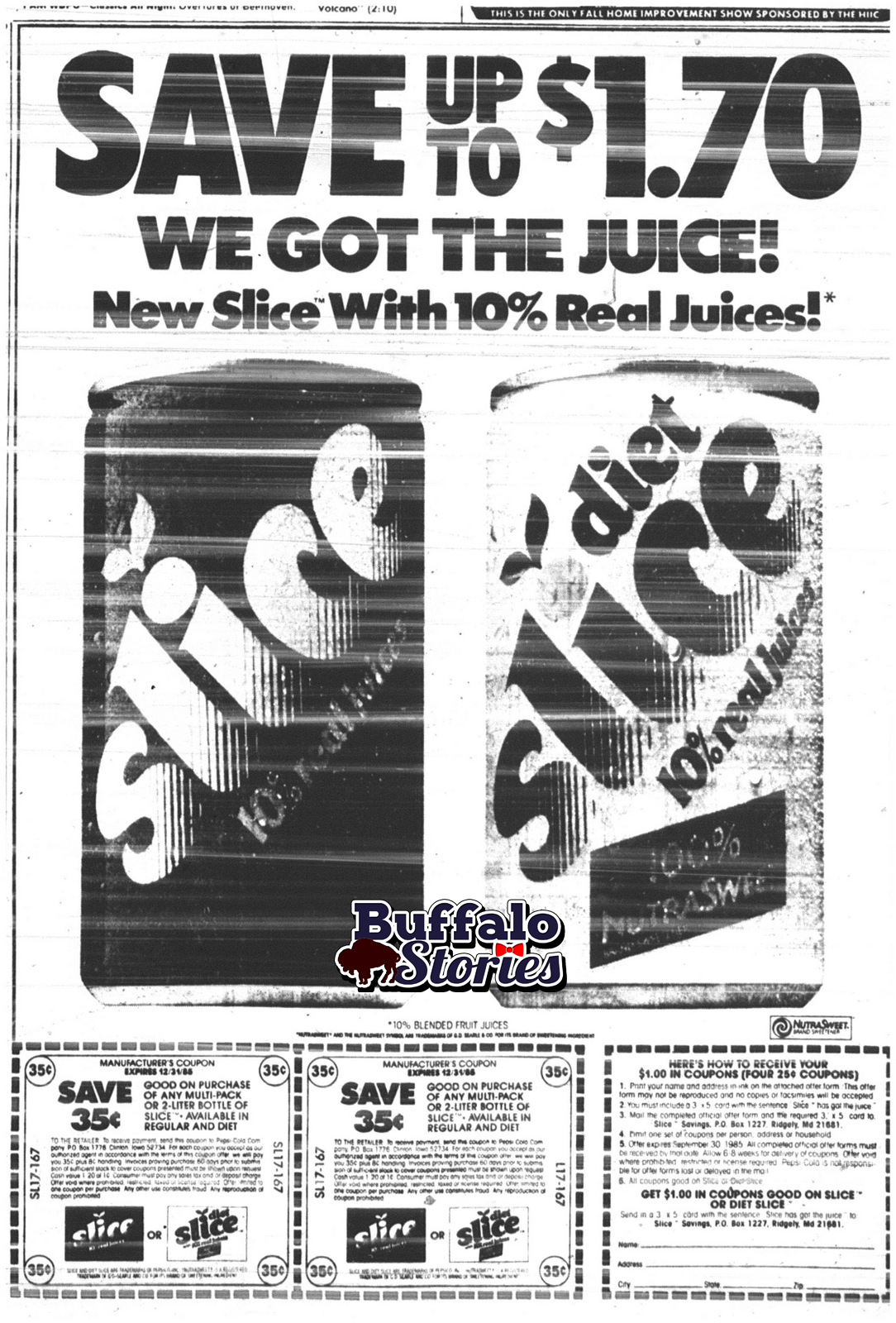 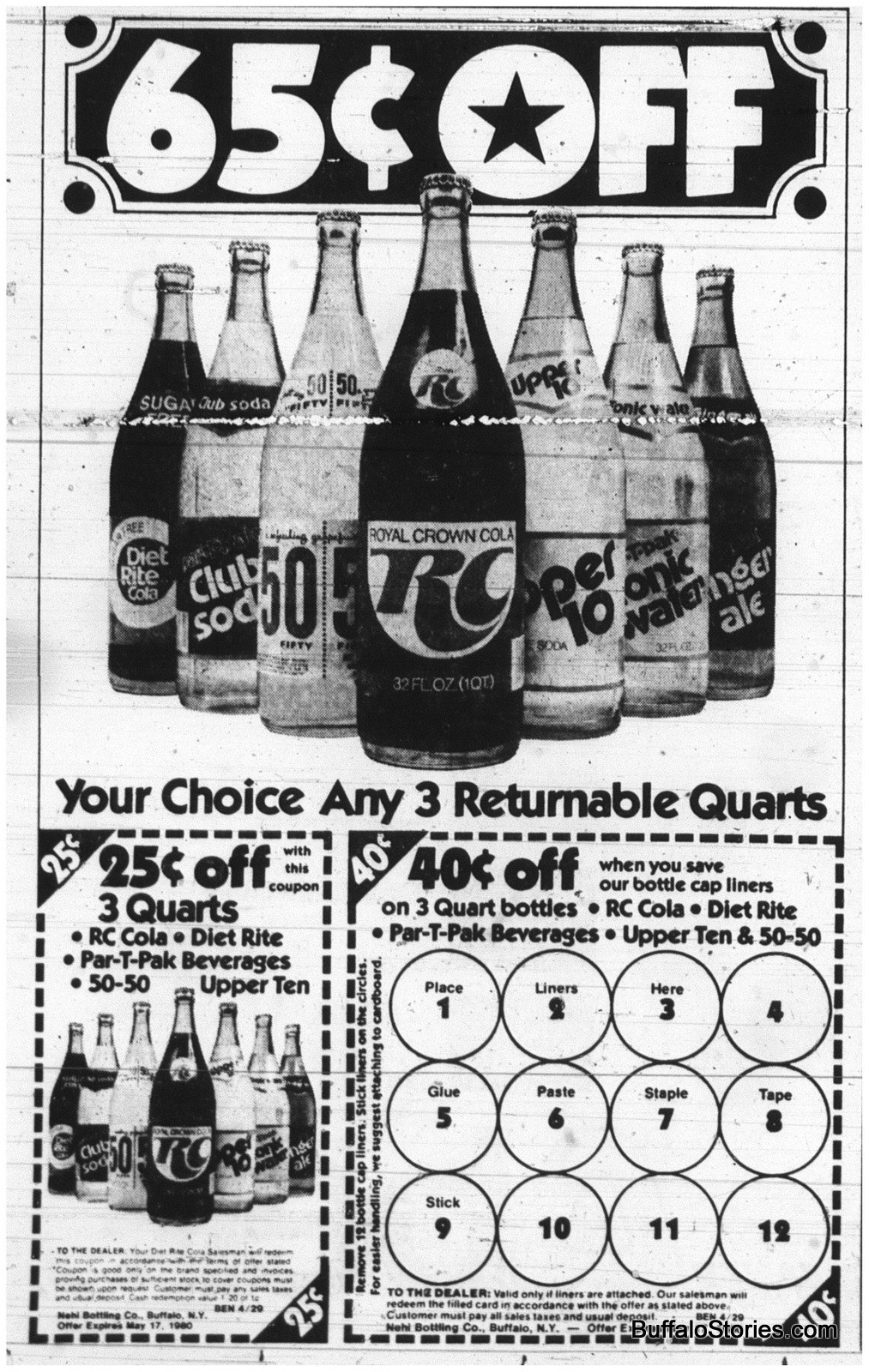 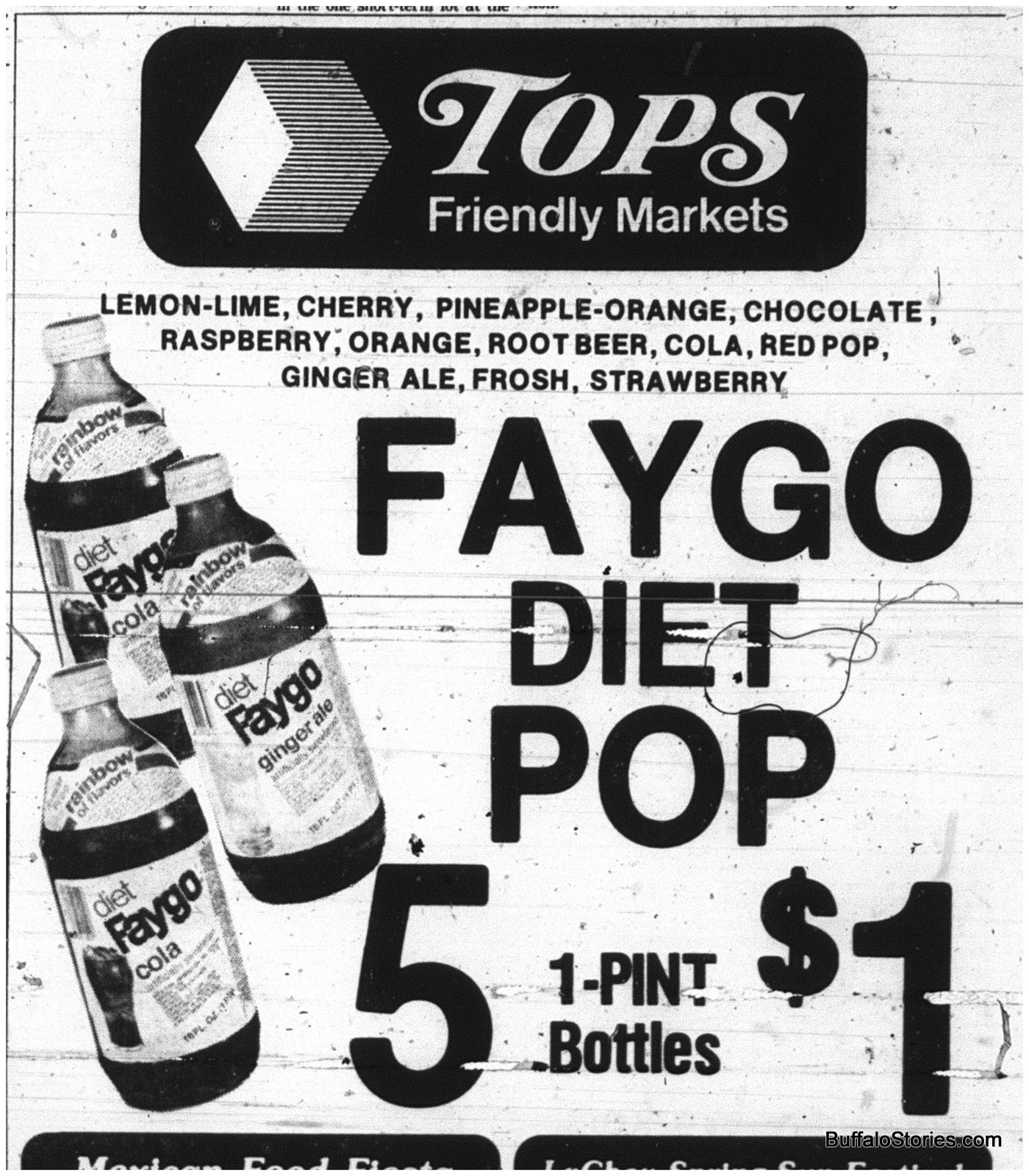