This corner store was at the corner of Dewitt and Helen, behind PS 19 (now the Native American Magnet School) on Buffalo’s West Side in 1955 — but it could have been on any corner, anywhere in Buffalo. 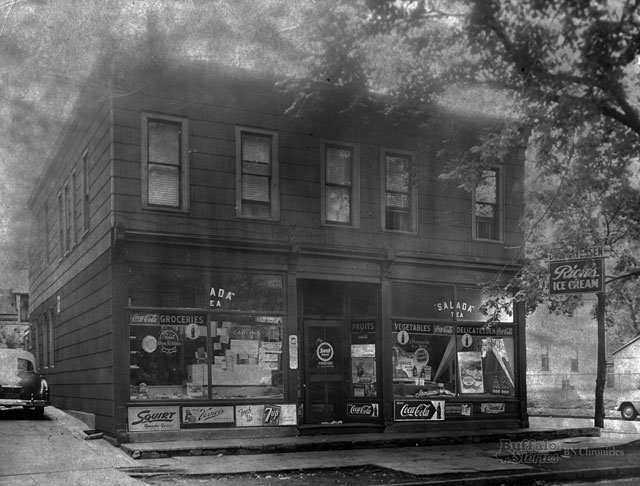 The photo was taken as Mrs. Frank Ott was forced to close the store, because young hoodlums were driving away women customers with “foul language and insults,” while also stealing about $1,000 in merchandise over the course of a year.

From Iroquois, Carling and Genesee beer to Squirt and Vernor’s pop — and Rich’s Ice Cream — the place was crowded with groceries and merchandise that were unique to Western New York.

A reader points out that this storefront and the neighboring home were destroyed in a fire in 2014.