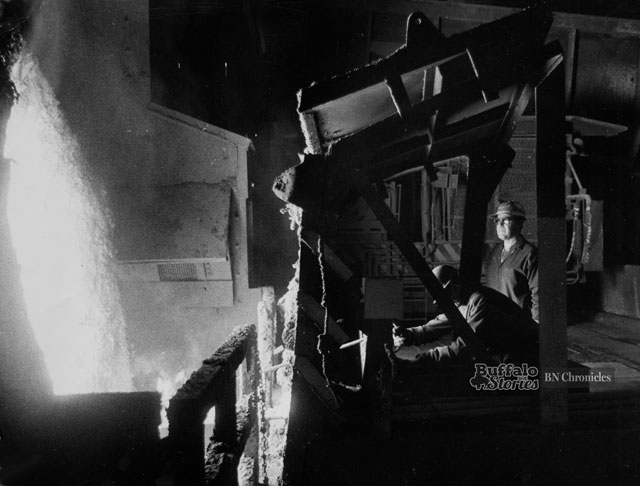 SolarCity is promising 1,500 jobs at its currently under construction South Buffalo location, which marks a big turnaround.

For nearly three decades there seemed to be little hope for the vacant, decayed brownfield. The area now known as the RiverBend, where the Buffalo River meets South Park Avenue, was home to a steel plant and chemical factories, making the area highly contaminated. There weren’t resounding calls for remediation and reuse.

But the area was once home to thousands of good-paying jobs. Buffalo Color, the last part of a much-larger operation that was once National Aniline and Allied Chemical, closed in 2000. Across the river, Republic Steel closed and tore down its steel plant in the early 1980s.

This photo shows the build out of both National Aniline and Republic Steel in 1949. The single drawbridge at the top of the photo went over South Park Avenue.  As you can see in the Google Maps image below, most, if not all of the buildings pictured are now gone, but new buildings with new jobs are coming up in their place.