This week we’re looking at some of the great kids shows we grew up with in Buffalo, and two great ones from Channel 7.

When Dave Thomas wasn’t hosting Dialing for Dollars with Nolan Johannes and Liz Dribben, he was palling around with Promo The Robot and Mr. Beeper.
Rocketship 7 was a must watch for many Buffalo kids through the 60s and 70s, before Dave Thomas blasted off for a new job in Philadelphia in 1978.

All the youngsters were invited to Hengerer’s to meet Rocketship 7’s Dave Thomas and Snoopy to promote the upcoming Peanuts film “A Boy Named Charlie Brown.”

No word on whether the Sweetlys, Mr. Beeper or Promo the Robot would be attending. 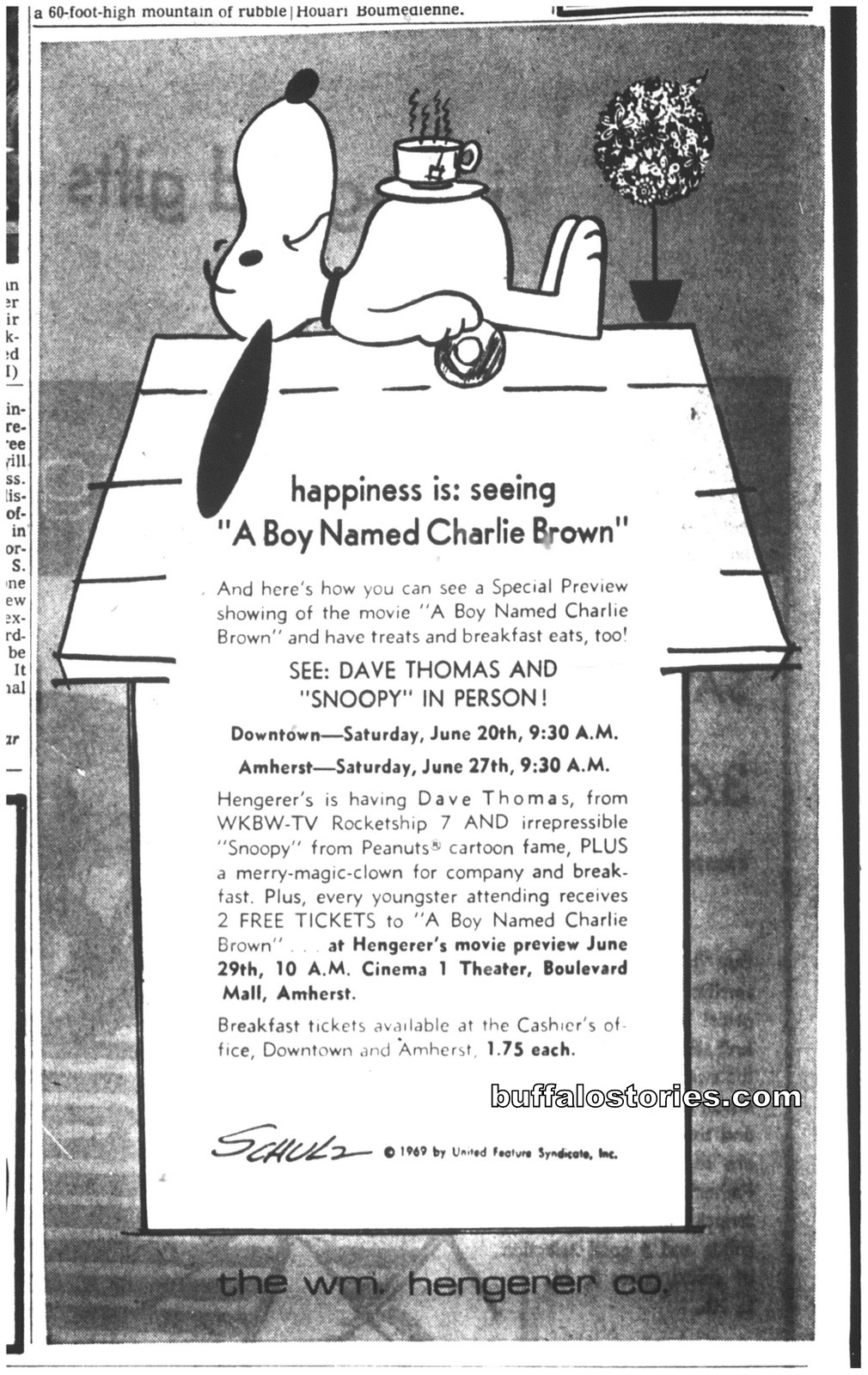