WGR is celebrating 100 years of broadcasting and, as WGR Historian, I put together a handful of minute-long stories talking about the station’s rich history.

“Buffalo enters into the field of national radio broadcasting with the formal opening of one of the largest and most powerful broadcasting stations in the east….  thousands of dollars (have been spent) to furnish Buffalo with a class of radio service which will be equal to that of stations which have been broadcasting since interest in radio began to assume such proportions as we see today,” reported the Courier.

The original owners started WGR to sell radios… and Federal Radio’s $25 set could easily pick up any broadcast within a 30-mile radius of the city.

“This renders radio reception in homes of Buffalo and vicinity no longer an instrument of the well-to-do, but for almost anybody who cares to use it.”

In 1923, WGR became one of the earliest tenants of Buffalo’s brand new Statler Hotel, where it was a Class B station– authorizing broadcast on reserved frequencies, without interference, at high power. That meant the station could be heard regularly within several hundred miles, but could also be heard on occasion as far away as Hawaii and England.

For a century now, WGR has been the voice of Buffalo heard around the world.

For 100 years now, WGR has been bringing the great voices of radio to Buffalo.

Before he was Howdy Doody’s sidekick and one of television’s early stars, Buffalo Bob Smith, Masten High School grad Bob Schmidt was one of the stars of WGR in the 30s and 40s as “Smiling Bob Smith”

In the early years of radio, the country’s most powerful stations—like WGR—weren’t allowed to play recorded music. Conductor David Cheskin, the leader of the 18-piece WGR Staff Orchestra, was one of Buffalo’s most popular entertainers and a “one man wonder” during the pre-war Golden era of Buffalo radio.

Cheskin’s music made WGR nationally famous as he conducted 18 network shows a week— including “Buffalo Presents”— heard all over the country on NBC and CBS as performed live in the WGR studios.

Billy Keaton was one of WGR’s most popular hosts after he, like many early radio entertainers, settled down with radio after a life on the road as a Vaudeville man.

After his “Stuff and Nonsense” program took off, his success turned a temporary Buffalo assignment permanent. After the war, Billy’s wife Reggie joined the act, and the two hosted the “Mr. and Mrs. Show” on WGR.

As a long-time WGR Radio fan favorite, Billy was the natural choice to welcome the first viewers to WGR-TV in 1954.

Then and now, the great voices of Buffalo can be heard on WGR.

For 100 years now, Buffalo’s best sports coverage has been a reason to listen to WGR.

From the earliest days of announcers recreating baseball games from tickertape print outs, complete with broken pencil sound effects for the sound of a hit

Hubbell broadcast the games of Bison Great Ollie Carnegie as he set an International League homerun record which stood for 69 years.

Later it was Bill Mazer who was behind the WGR microphone when another great Bisons slugger—Luke Easter famously hit a White Owl Wallop over the Offermann Stadium scoreboard.

In the 80s, WGR was owned by the Rich Family—and with Pete Weber behind the play-by-play mic…

WGR was the long-time home of Ted Darling… whose smooth and exciting style brought gravitas to the expansion Sabres in 1970 and became a trusted uncle behind the Sabres play-by-play mic on radio and TV for the next 21 years.

His genuine excitement for what he was describing on the Memorial Auditorium ice and the stunning pace of his broadcasts helped make listening to the radio almost as exciting as being there for a Perreault rush or a Korab check.

There’s something that feels like home when you hear Ted Darling….

What can you say about Rick Jeanneret that even comes close to listening to him?

And for most of those years, it was WGR that brought you that voice.

There were different places around the radio dial you heard Van Miller’s voice through the years, but the only place you ever fastened your seatbelt for Van Miller Super Bowl fandemonium was WGR.

Thinking of those great teams of the 80s and 90s, our minds flash pictures of Kelly, Bruce, Andre and Thurman—but the sound is undeniably Van Miller.

The Great DJs of WGR in the 70s

The 1970s were the glory years for big personality disc jockeys and rock ‘n’ roll music on WGR.

Shane Brother Shane was “Buffalo’s zany philosopher king.” The Cosmic Cowboy did it all to make smiles across the miles, hoping you fill your night with life, love, laughter, family, friends, fun and music.

Stan Roberts—whose WGR jingle called him the Corny DJ—is remembered for wearing a lampshade on his head on Royalite TV commercial and Dial-A-Joke, but also as a warm, friendly, and funny presence on morning radio across five decades.

Frank Benny was one of the smoothest broadcasters to ever work in Buffalo– as the weatherman on Channel 2 and DJ on WGR starting in the 60s through the 80s.

Our sponsors have not only paid the bills, but have made for great memories themselves, like these Buffalo classics from the 50s and 60s:

Through the 70s and 80s, thousands of local institutions used the power of WGR with commercials you can’t forget–

The Voices of News on WGR

Sportsradio550 has been Buffalo’s premier source for Bills and Sabres news for decades, but for 80 years— WGR was also the home of some of Buffalo’s most beloved news voices.

We also remember WGR personality and Traffic Reporter Mike Roszman and pilot Herm Kuhn, who died when the WGR Traffic plane crashed between reports in 1993.

Back in 1988, Art Wander got Bills General Manager Bill Polian so mad, he told Art to get out of town.

Instead, Art spent the next decade taking your calls (and East Side Eddie’s calls) on WGR.

Then there was “The Coach,” Chuck Dickerson.

He was a coach for the Bills—until Marv Levy fired him after Super Bowl XXVI for being a little too opinionated.

For a decade starting in 1993, Chuck Dickerson was the loudest football fan in Buffalo.

WGR has been heading to the phones as Buffalo’s call-in show pioneer for more than 60 years, starting with John Otto in the early 60s…

And you’ve been a big part of what makes WGR special ever since, taking part in call-in shows with hosts lke JR & Susie, Paul Lyle, Tom Bauerle, Ann Edwards, Clip Smith, and so many more…

But the brilliant and dry-witted John Otto– and his nearly 40 years overnights on WGR– is the stuff of legend.

Some shows were more legendary than others.

Thursday nights it was Desperate and Dateless, with co-host Shane Brother Shane (and later with Tom Bauerle.)

This was a fun project and it was wonderful to celebrate so many great broadcasters and friends, but the truth is– it felt a bit funny.

For the first half of my broadcasting career, WGR was a sworn enemy of the stations where I worked– first as a news competitor at WBEN and then as a sports competitor at the now-defunct WNSA Radio.

But many of the guys I worked with at WBEN and WNSA now work at WGR, so I guess we won 🙂

You also heard me occasionally on WGR, filling in at the sports desk, like in this clip from 2003…

Of course, my biggest on-air contribution at WGR was as the curator of the Haseoke archive.

Hear what it sounded like… The Day Shane joined Sandy Beach and Danny Neaverth on Sandy;s show in WBEN on July 31, 2009.

I started trying to describe Shane to a co-worker the other day…. But there’s no way to describe the Cosmic Cowboy…. Buffalo’s Shane Brother Shane. 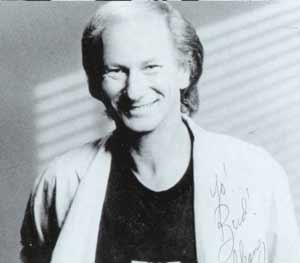 From the Day he arrived in Buffalo in 1974 for WKBW’s Great American Talent Search wearing pants with SHANE written in studs up and down the legs, to the day he ran for Common Council in Buffalo, Shane always kept the Queen City on its ear. Please share your Shane memories below… and enjoy some audio clips from Shane’s stellar Buffalo Radio career… 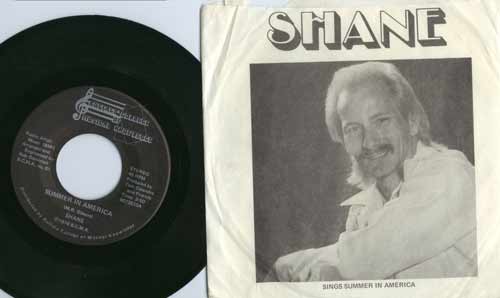