Back in a time when every hospital had its own ambulance corps, Emergency Hospital’s Women’s Guild raised money to buy a new, shorter ambulance for the hospital. It was touted as “similar to the ones used in Vietnam.” 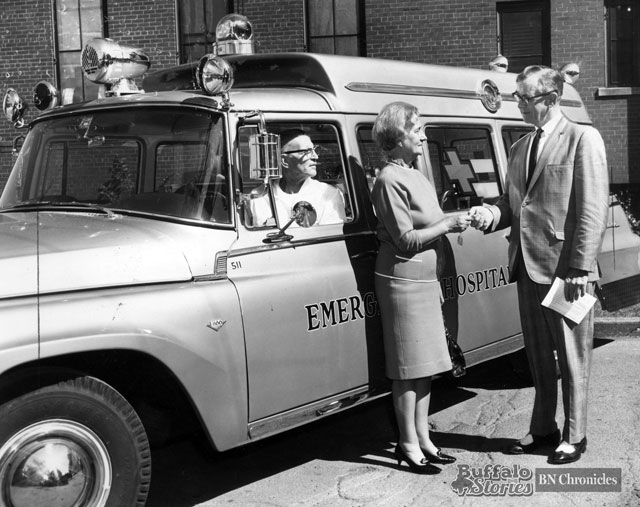 First opened in 1884 at Pine and Eagle streets, Emergency Hospital was operated by the Catholic Daughters of Charity — the same religious order that for decades operated Sisters Hospital on Main Street.

The Diocese of Buffalo began operating the hospital in 1954, and it became known as Sheehan Memorial Emergency Hospital in 1977 after a donation from Paul V. Sheehan, a Buffalo attorney for more than 60 years who once ran for Congress in the ’30s.

After several bankruptcy filings, Sheehan Memorial was closed by New York State in 2012.