In 2015, Buffalo Mayor Byron Brown dashed off his signature and Squaw Island was no more. This was the second time the City of Buffalo erased some piece of the island from the map.

The word “squaw” was considered racist and a slur on indigenous women, so it was removed from the name of the garbage-dump-turned-park last year and the new name of Unity Island was adopted.

The last time the city pulled out its eraser, it was to take out the streets upon which 85 cottages and homes stood as recently as the mid-1960s.

At the time of the name change, some of the more ancient history was discussed. That the Senecas called it Divided Island, because of the marshy creek that split it in two. That French explorer LaSalle’s men named it “Squaw Island” in 1679. That it was a staging ground during the War of 1812, and it was from there that British warship HMS Detroit was burned.

Not widely mentioned were the thousands of people who lived there — in some cases squatted there — all the way up until the 1960s. Great Buffalo characters like Jason Thorp, known as the “Hermit of Squaw Island.” Described in one newspaper account as “A Thoreau with a different plan,” Thorp was a veteran of the Civil War, a jeweler and an inventor. After a woman broke his heart in Ohio, he moved to Buffalo, dropped out of society and eventually built his shack on Squaw Island, where he lived for about 20 years, his flowing white beard down to his waistline. It was “the beard of a patriarch,” it was written in a New York paper after his death, “a magnificent looking man of a lofty appearance.” 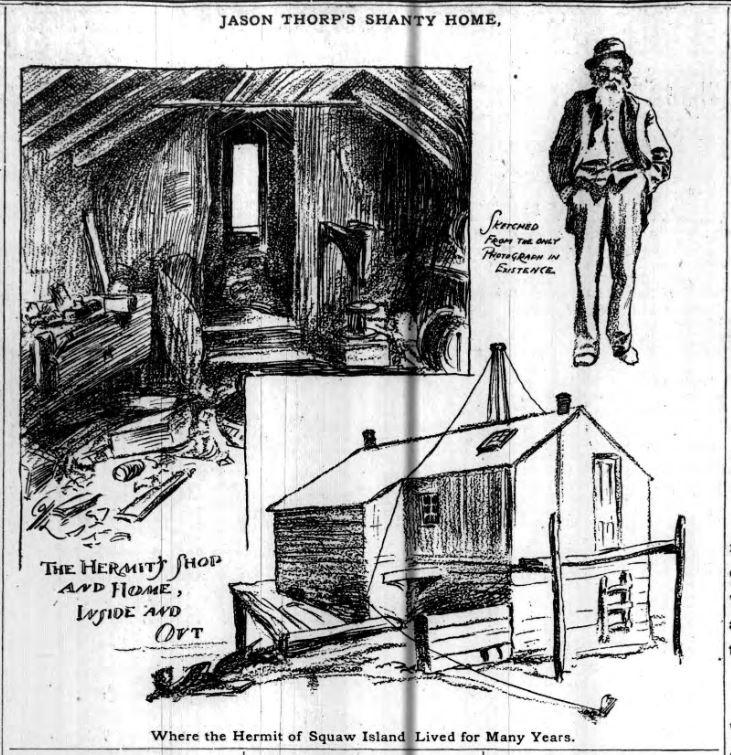 The hermit was not alone. Boathouses, fishermen’s huts, shanties and even several beer rooms serving fish fries — notably John O’Connell’s hotel — dotted the island. The only time these folks were ever seemingly given any attention is when someone bought some piece of land and tried to have the residents thrown out as squatters, when the place became a stop-over for smugglers or those trying to enter the country illegally, or when there was a fire.

A Customs agent was shot on Squaw Island in 1872 by a silk and whiskey smuggler. A few years later, three “contraband Mongolians” made their way to the U.S. via Squaw Island. Opium made its way over Squaw Island as well, 50 pounds one Sunday afternoon in 1897 by “China men from Canada.” 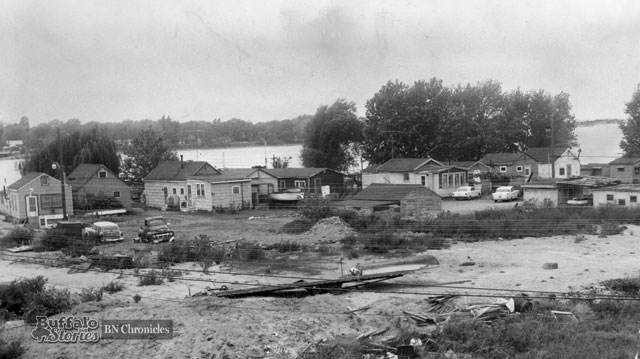 In 1922, 35 families who had lived on the island’s federally owned dike were ordered out. The residents said having lived there for 20 uninterrupted years should give them the right to stay. A judge eventually agreed they had the right to stay.

Eventually, the City of Buffalo purchased a large tract on the island as a sewage and garbage dump, even as people continued to live simple lives there. After several decades, when the dumps began to fill, one Buffalo Common Council member suggested that the city take a close look at the “squatters’ cottages at the north end of the island,” saying the land could provide for an area to expand the dump and incinerator.

“If we kicked those people out of there,” said Councilman William Lyman, “we could continue to dump for another 15 years.”

That’s exactly what happened. Starting in 1963, the last of the unhappy 115 residents of Squaw Island were evicted by the city. “To start with,” Gus Sturms told a City Hall meeting, “We’re not squatters. We pay the city $225 a year. It’s very insulting to pay rent and be called a squatter.” 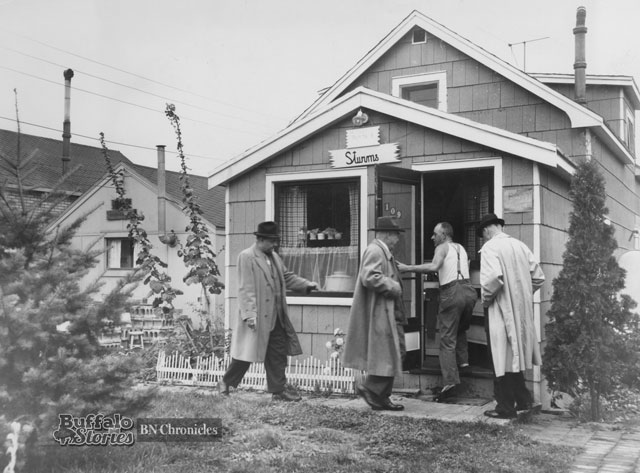 One resident called the place a poor man’s paradise, since many of the cottages were only used during the summer months for families or during fishing season. 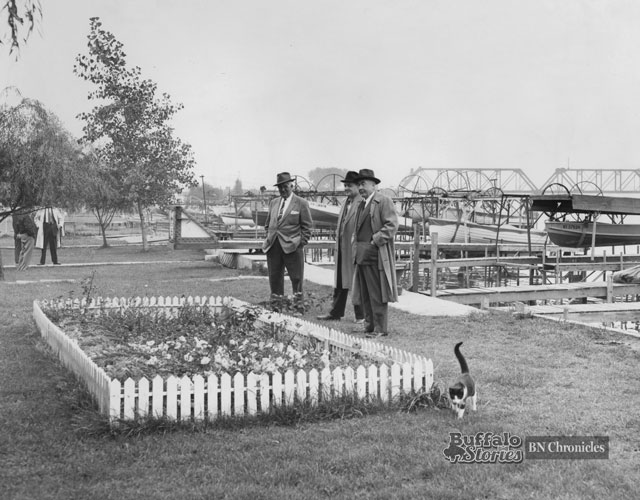 Residents pointed to a 1946 agreement leasing the plots to them, but the city law department called the agreements invalid. The islanders vowed to fight, and they did for two years. In July 1966, the Squaw Island Association had $44.80 left in its treasury and used it for a blowout party to say goodbye to the only homes many of them had ever known.

And so ended a chapter on a unique, forgotten Buffalo neighborhood.