Irv Weinstein is remembered as one of — if not the — greatest personalities in the history of Buffalo television. But even as he sat on the set of Eyewitness News reading Buffalo the news for 34 years, his greater love may have been acting. Many times through the years, Irv took the time between the 6 and 11 to take to the stage. 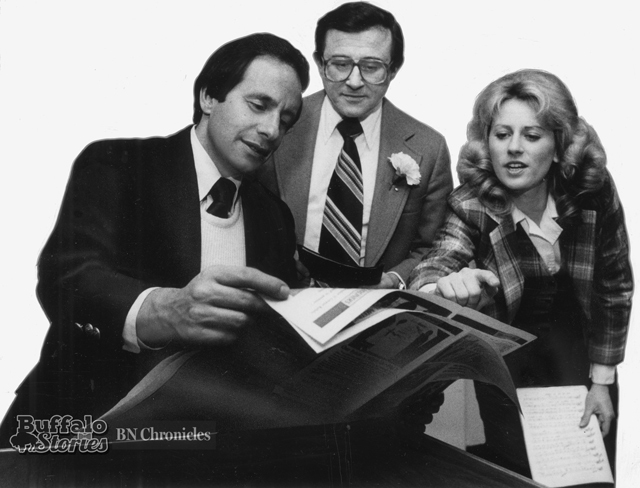 In this photo, Irv, along with Channel 2 weatherman and news director Stewart Dan and Channel 4 weather reporter Suzi Makai, prepare to open “Fiorello” at the Jewish Center on Delaware Avenue.

Dan played the lead role in the play; Makai was the director.