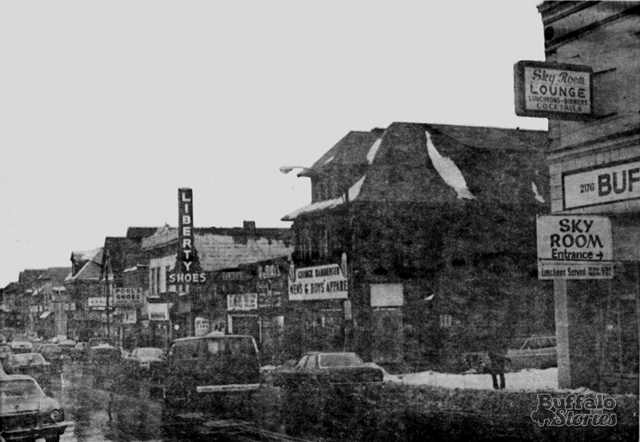 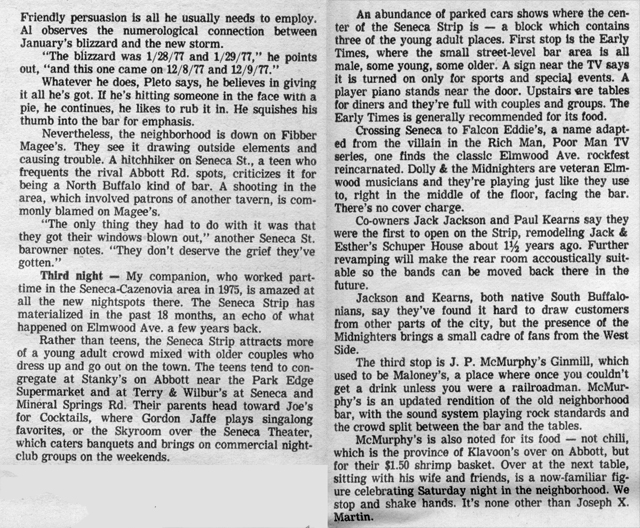 For many of us, imagining what Buffalo looked like before the urban renewal efforts of the 1950s, ’60s, and ’70s can be tough. 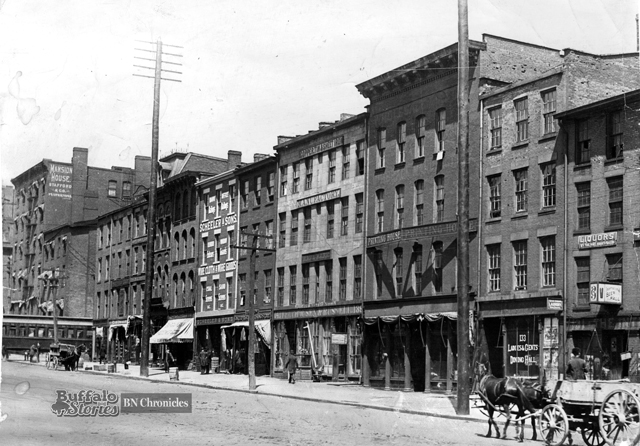 Perhaps one of the most difficult ideas to grasp is that the area we now call “Canalside” and the area we think of as “downtown” were really a single continuous area without any sort of distinct border.

The massive Skyway/I-190 complex of elevated roadways and interchanges make far more of a statement than the previous few elevated railbeds in the same footprint did.

The several block imprint of the Marine Midland Tower also acts as a psychological “You Are Now Leaving Downtown” sign for anyone trying to walk from the business district to the inner harbor.

This 1890s photo was taken in the 100 block of Main Street. These buildings once stood in the massive area now filled with One Seneca Tower, which was known as Marine Midland Tower when it opened as Buffalo’s tallest building in 1970, and later known as HSBC Tower, when Marine Midland Bank was sold.

Some of the businesses visible in this photo include one still in operation.

Scheeler & Sons, at 145 Main St., became Buffalo Wire Works in 1903. The plant is now on Clinton Street in Buffalo. 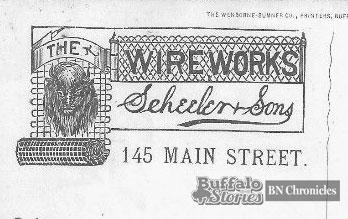 Two doors down at 139 Main is Russell & Watson. Founder William Russell came to Buffalo in 1830 at the age of 3 on a canal boat with his parents, settling on the outskirts of the city at what is now Huron and Franklin, a block south of Chippewa Street. One of his favorite memories of youth was hunting squirrels with his father around what is now Delaware and Huron.  He started selling ship and hotel supplies at this location in 1859. He died at 92 in 1919. 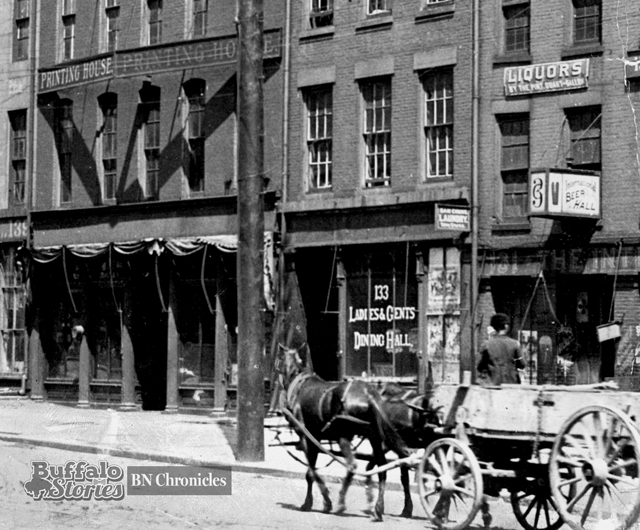 Following a brawl inside the gin mill in 1896, 16 men were arrested. First Precinct police needed two wagon trips to haul in all the offenders.  The men spent the night in lockup before being fined $5 apiece at sunrise court.