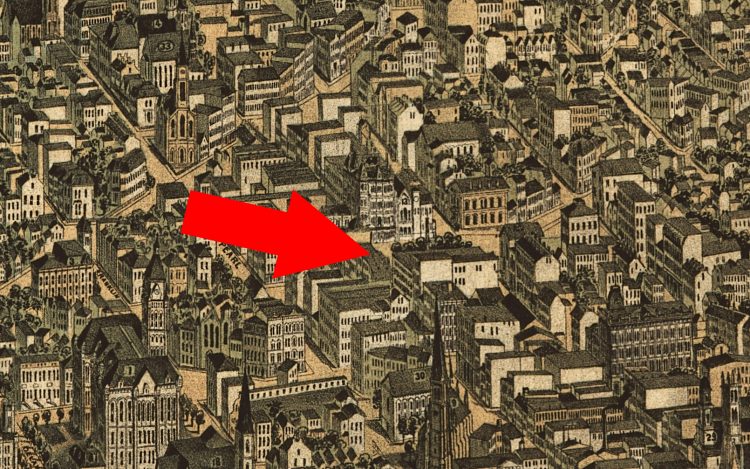 Our 1880 map shows “The Arcade” at the corner of Main and Clinton, on the south edge of Lafayette Square.

It was Buffalo’s largest office building, and around 1880, it was the home of many businesses that endured for generations, like Michael Shea’s Music Hall and TC Tanke’s smith shop.

T.C. Tanke was one of Buffalo’s early prominent citizens and was one of the city’s first silversmiths in 1857. Thousands of finely crafted pieces of jewelry and silverware made their way into Western New York homes through the 131 years Tanke’s was in business downtown. The last wedding present left Tanke’s with the store’s closure in 1989. 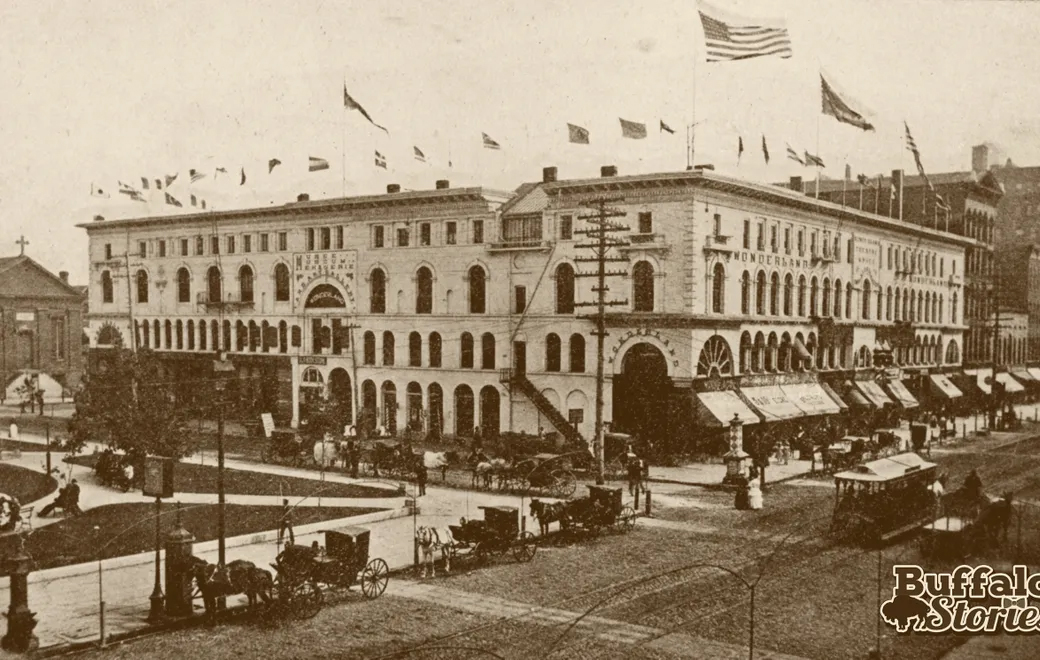 The Arcade was destroyed in a spectacular fire in 1893, and it “was a mass of roaring flames inside of 10 minutes after the fire was first discovered,” read the report in The News that evening.

An unnamed “scrub woman” was held up as the hero who “rushed through the corridors crying fire and and warned the night watchman to call Mr. Shea.”

Not only did the future theater magnate run his music hall from the building, he also lived there, on the third floor.

“Get up for your life, Mr. Shea! The building’s on fire,” The News quoted the watchman saying, “as he cried as he kicked and pounded on the concert hall man’s bedroom door.”

“As soon as he got a reply and got the door open he hustled tho bewildered man’s clothes on and hurried him down the stairs to a place of safety.”

No one was killed in the fire, which caused $2 million in damage.

But as the embers still smoldered, The News’ front page opined, “The destruction … while in some respects (is) a loss to the city, will eventually prove a blessing” with new development.

The Mooney-Brisbane building opened on the spot in 1895, and just like its predecessor, it was the home of several retailing giants with Buffalo roots.

Buffalo’s Seymour H. Knox opened a 5&10 in the new building. It became a Woolworth’s store when Knox joined his cousin F.W. Woolworth incorporating in 1911 to create a nationwide retail empire. The Woolworth’s at Main & Clinton closed in 1997 after more than a century in the spot. 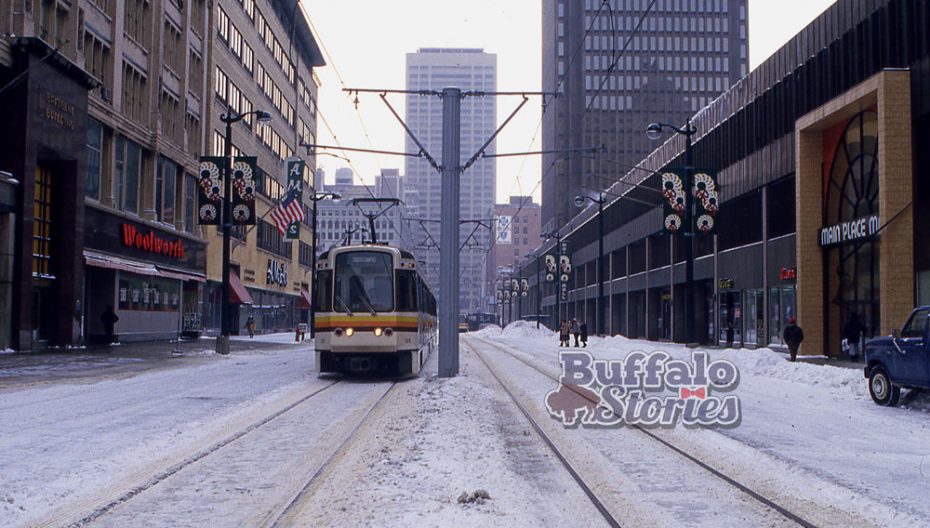 Woolworth’s on Main Street, late 1980s. The store was in the spot for more than 100 years. (Buffalo Stories archives)

Edward Kleinhans opened his first men’s store in 1893, but moved into the brand-new Brisbane Building when it opened in 1895. His men’s store didn’t quite make a century at Main and Clinton, closing up shop in 1993, but of course his name lives on as the patron of the Kleinhans Music Hall.